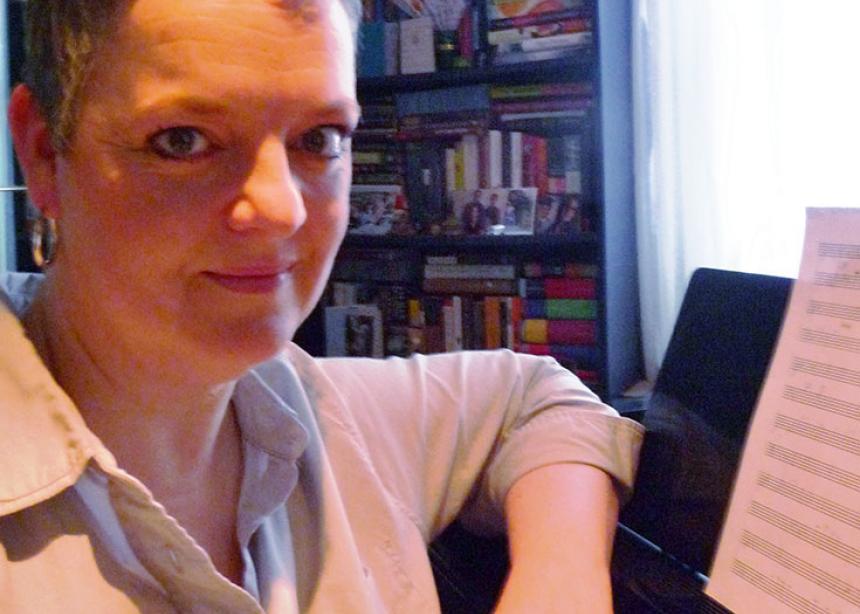 "Whatever you believe, there is something about the way words and music combine that allows us to see beauty, find comfort and connect with history.”

This is the essence of the “Hymn Project,” a new blog by Carla Klassen. Each week Klassen composes a new piano arrangement of an old hymn and uploads a recording of it to her blog (www.thehymnproject.net/). These are accompanied by a note with reflections on the text of the hymn, its history, and the hope and inspiration it brings to her and others. She plans to post a new arrangement every week for a year.

Klassen, a member of Ottawa Mennonite Church, is a piano teacher, professional chorister and church musician. She sings with the Ottawa Bach Choir, which toured in Europe last summer, performing in several of the churches Bach played in. She was inspired to start the blog after learning that Bach wrote a new cantata every week over a period of about three years for his church in Leipzig, an astounding creative feat.

“I wish we knew what went on in his mind, how he managed everything—how he slept!” says Klassen. “I find even with my very short arrangements, I’m thinking about this project every day.”

Klassen began last spring by asking friends and family to contribute the names of favourite hymns without revealing her purpose. Some of the hymns she has posted since starting the blog in September include “Great Is Thy Faithfulness,” “Dona Nobis Pacem,” and “This Little Light of Mine.”

She starts by composing the music, then, after the hymn is arranged, she writes the blog note, often including stories or comments she has received from the person who suggested the hymn, and whatever background information she can find about it.

“Often, these hymns start to reflect or relate to something that’s happened recently,” says Klassen. The blog post for “There’s a Wideness in God’s Mercy” was posted for Peace Sunday, shortly after the Parliament Hill shootings in downtown Ottawa, both of which Klassen referred to in her blog note.

The hymn posted on Thanksgiving weekend was “Now Thank We All Our God—Nun danke alle Gott,” with a note that the hymn was written in the 1630s by a Lutheran minister in Saxony who sheltered victims of famine and disease at the beginning of the Thirty Years’ War. The tune, attributed to Johan Crüger, was used by Bach in several of his cantatas, and harmonized by Mendelssohn. Klassen says she admitted to feeling some “trepidation” about approaching this august hymn, but she also writes that “it was inspiring to think that for almost 400 years this hymn has provided a reminder to be thankful even when perplexed.”

Klassen says her religious and spiritual life is “inseparable” from her work as a church musician and composer. The hymns that have been suggested to her by friends and family are a gift for her, “a treasure I must handle with care and a kind of devotion,” she says, adding, “These songs hold deep meaning for people that I may not always fully understand. On a couple of occasions I have found myself working on a hymn that I didn’t really care for all that much, only to discover something beautiful.”

Many such year-long projects that start out as blogs eventually blossom into other forms and formats. Klassen says she has already begun to receive requests to publish the blog as a book and CD, with meditations and sheet music included. For now, however, she is focussing on the hymns, one by one.

Those who sign up to the “Hymn Project” blog will receive a new hymn arrangement in their inbox or newsfeed every week. 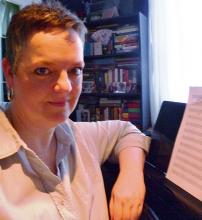 Carla,
I'm hoping this is the way to "sign up" for the hymn project.
My wife and I are friends of your parents.

Hi Bill, If you go to the blog at www.thehymnproject.net you will be able sign up by following the blog and will receive an email notification every week when I make a post. Thanks so much! Carla

I am very impressed with your project, Carla!
This is something that has always interested me and I'm glad to hear your compositions. I am enjoying them very much and I would like to look at your music. Is the music available in print form already? And if so, do I have permission to use it in church?

Please add me to your blog.

from your Auntie Joyce in Whitehorse