Not talking about violence ‘does not work’

Abuse statistics in the church mirror those of secular society 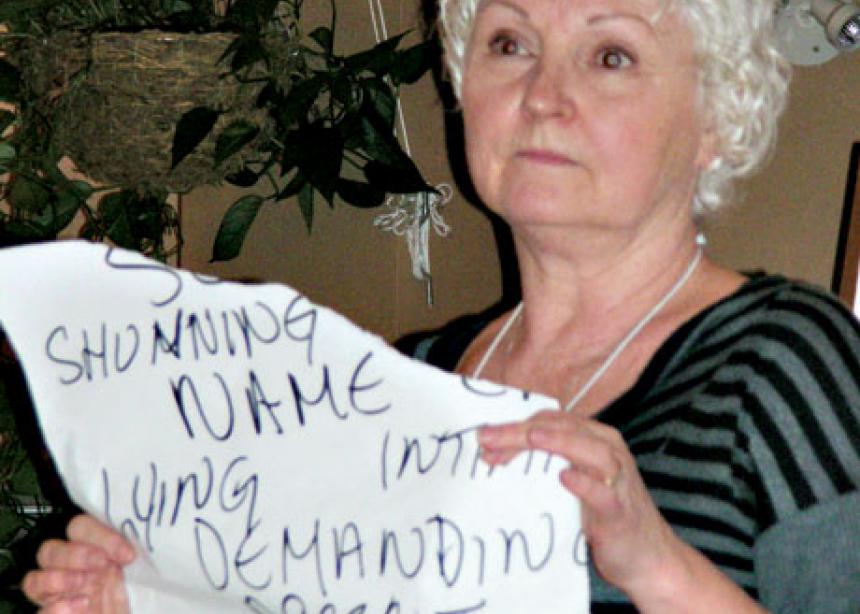 Violence in domestic relationships has long-reaching and painful consequences for the entire family, as those who attended a seminar on the topic at Langley Mennonite Fellowship last month learned.

In the opening session, Karen McAndless-Davis spoke on “The woman’s journey.” McAndless-Davis, author of When Love Hurts, said that one in four Canadian women will experience some kind of relationship abuse in her life. By contrast, she pointed out that breast cancer strikes one in nine, but society is much more aware of it. Although people tend to associate abuse with physical bruises, the speaker said that in reality most abuse is verbal, emotional, spiritual, financial or psychological, making it harder for the victim or those around her to recognize.

Because abusive partners can be charming and manipulative, the church community and friends often do not believe an abused woman’s accusations, or minimize the seriousness of the problem. And women often don’t have the strength or resources to leave the relationship. “It’s time to break the silence,” said McAndless-Davis.

Roshni Gleitman of WINGS then spoke of the impact of abuse on children of all ages. Children in a home where there is abuse—even if they are not abused themselves—invariably suffer the consequences, said Gleitman. Unfortunately, the lessons children learn include that violence is normal, a means to get what one wants and a way to solve problems; that it is not safe to have one’s own opinion; and that when people hurt others, they can get away with it without consequences.

Even if parents try to keep fighting behind closed doors, children sense the tension but don’t always know what to do with their feelings. “Children need to learn appropriate ways to be angry and express emotions,” she said.

“Men who abuse” was the topic of the final session from Magi Cooper, who leads “Beyond Blame” seminars in Nanaimo, B.C., for abusive men. In her seminars, Cooper encourages men to confront the attitudes that perpetuate violence in their lives. “These behaviours harm you and harm your partners,” she tells them, and then asks them to declare, “What’s your intent? Are you for safety or against it? You cannot be a part of the solution and part of the problem. There is no fence-sitting.”

Cooper said the demographic of violence is 100 percent the same in churches as the secular world, so the church community is not immune. 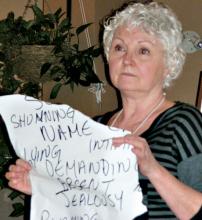