Not okay with violent play 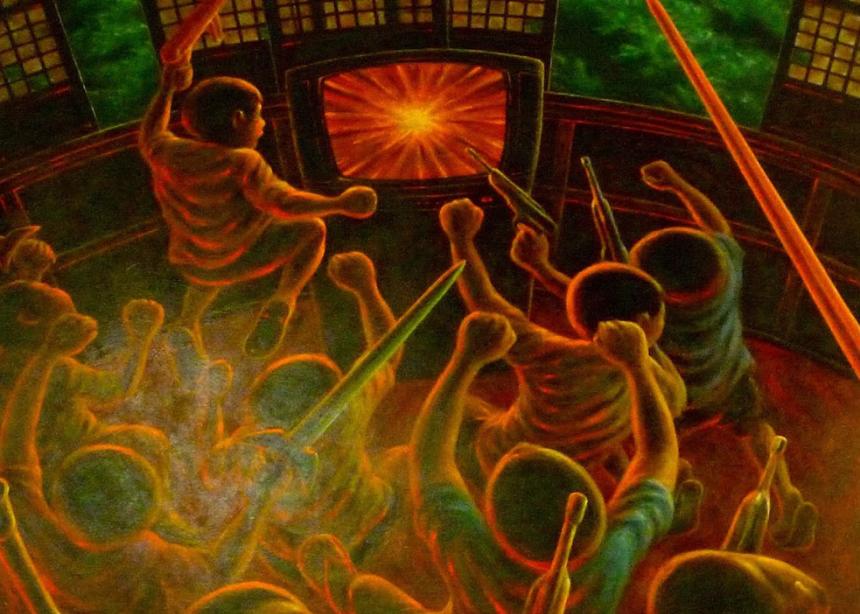 As followers of Jesus, Darnell and I want our sons Cody and Makai to grow up without violent toys and video games. While that can be a challenge in many cultures, it is particularly tough in the Philippines, where violent conflict has been ongoing for decades.

During a recent road trip through Northern Philippines, we were shocked by the number of children wielding toy guns on the street. One young boy lined up his friends and “fired” at them. In the last few months, at least five different children brought toy guns to the playground in our apartment complex.

Each day, Cody and Makai are exposed to violent play. Young children, even toddlers, fight, shoot and kill with tablet and smart phone games. Monitoring my boys at the playground has shifted from ensuring they don’t fall off the monkey bars to keeping them away from toy guns and video game warfare.

Real guns are just as common in the Philippines. Every day we pass friendly police officers who smile and chat while holding rifles that are ready to fire. Last month, an arms transaction took place right in front of us at the market. After handing money to a toy gun vendor, a young man pocketed a real gun and then walked away.

These incidents inspired me to list the reasons why I am not okay with violent play:

• I want my kids to love like Jesus did. Instead of responding to hate and violence with aggression or passivity, Jesus loved people. He found creative ways to end cycles of violence. When kids play with guns, they pretend to shoot and kill. How can this type of play teach loving behaviour?

• I want my kids to practise forgiveness, not only to apologize for the hurt they have caused others, but to forgive those who have hurt them, as Jesus taught us. Violent play exerts power over others and increases the divide between people. It leaves no room for forgiveness.

• War is not a game. In the Philippines we have been mere kilometres from armed conflict and have witnessed its devastating effects: children born in internally displaced person camps; families without homes; brothers and fathers killed in battle; and children whose deaths are “justified” as collateral damage. We have driven past tanks and under helicopters. We’ve seen bomb smoke lingering in the distance. War is a brutal reality for us. We would never “make-believe” such violence for fun.

• My grandfather is a Second World War veteran who became a pacifist. He described his experience as nothing short of hell. Although he found forgiveness for his actions at the foot of the cross, he struggled for years with the role he played in it as a captain in the German army. How can I let my kids pretend to shoot when my biggest role model suffered the realities of war?

• Violence doesn’t solve problems. We all have tendencies toward violence, and my young sons are no different. But responding to violence with violence perpetuates the cycle. If I don’t want my kids to strike out when they are angry, then I don’t want them to “pretend” to strike out either. We choose our behaviour.

• There are no “good guys” and “bad guys.” Our actions might be good or bad, but concluding that people are either one or the other is contrary to Jesus’ view. It is dehumanizing and fuels war. I believe all people are born with the ability to act out of love or act out of hate. We need to choose love.

We love the Philippines and the beautiful people who live here. As followers of Jesus, we want to respectfully foster a culture of peace in this place so plagued by war and violence. Jesus’ way is not always easy. It calls us to challenge the powers of this world and serve our enemies, rather than fight for power over them.

Playing with guns won’t necessarily cause my children to choose violence as they grow up, but it certainly won’t teach them anything about love and forgiveness. For us, teaching our kids this radical Jesus-way means we are not okay with violent play.

Christina and Darnell Barkman are Mennonite Church Canada Witness workers committed to living in Jesus’ way as they help to lead the new Peace Church Philippines congregation in Manila, and develop relationships in their neighbourhood. 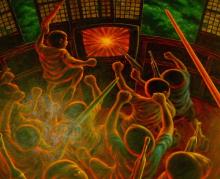 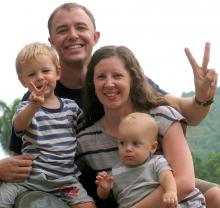 The Barkman family, from left: Cody, Darnell, Christina and Makai.