‘This is not a ladder’ 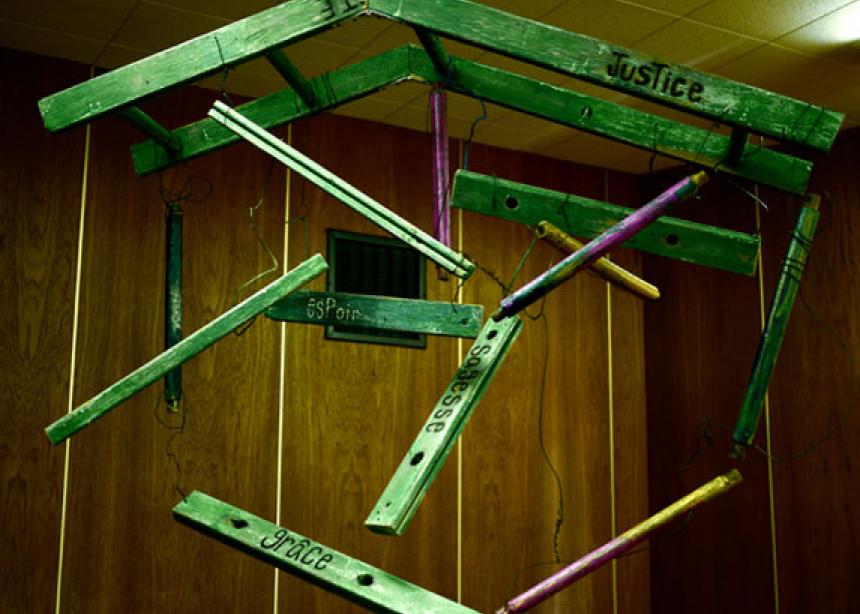 At the general meeting of the members of L’Église évangélique Mennonite de Joliette, Que., on June 12, the pastor’s mandate was not renewed. The congregation was shocked and surprised, but members feel now that God knew what was coming.

In the days that followed, five different young adults suggested to the church council that the congregation should stop normal programming and take time to seek God face to face, to more fully experience God’s love and intimacy.

The Joliette church was founded by Harold and Pauline Reesor, a church-planting family sent to Quebec by the Mission Board of Mennonite Conference of Ontario in 1960, and by Mel and Leeta Horst, who bought a farm in the Joliette area and functioned as self-supporting missionaries. From 1995-2007, there was no pastor, but lay leadership shaped the congregation into a loving, family-orientated community that often reached out to serve the community.

From 2007-11, André Ouimet served as half-time pastor, but the church continued to decline and fewer and fewer young adults were involved in church life. After a pastoral review in April, church council recommended that Ouimet continue for a third two-year mandate, but this proposal did not receive the required approval of 75 percent of the membership on June 12.

Church council decided that the following four Sundays would be led by the young adults and be focused on praise, prayer and worship. The council subsequently issued an invitation to all those who felt the call, to participate in a working group to recreate the congregation’s vision. Among the 10 people who responded, five are under 30.

The working group will continue to meet into September to discern God’s fresh vision for the church and then submit a recreated vision to members in October. Group members believe that God is at work and look forward to the adventure God has prepared for them.

Noémie Jean-Bourgeault, one of the young adults, who had just returned from a missionary trip to England and China, where she held various responsibilities in the arts with Youth With A Mission, felt called to share a series of messages at the church. The first, Proverbs 9:1 and James 3:17, concerned the wisdom that comes from above.

She encouraged the congregation to be creative in transforming an old ladder into a new object, saying, “This is not a ladder.” She was inspired by the painter René Magritte’s painting of a pipe entitled “This is not a pipe.”

The challenge was to agree on how to transform the ladder and go through the creative process together in wisdom. The ladder became a mobile with one retained part that supports the other parts, which have been creatively transformed.

During the process, one woman shared a dream she had had earlier that week. In her dream, she met a previously unknown race that sang and danced in a sublime way; together with the others, she washed and restored the ruins of an ancient church to be able to celebrate.

As they continue to pray and seek God, working group members are full of hope as they experience this re-creation process. They believe God is calling young people to find their place in the church and to join other generations to see the glory of God and God’s kingdom come to Joliette and the Lanaudière region. 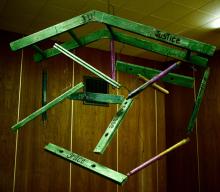