Not just a stepping stone

Youth worker looks back on 25 years of ministry 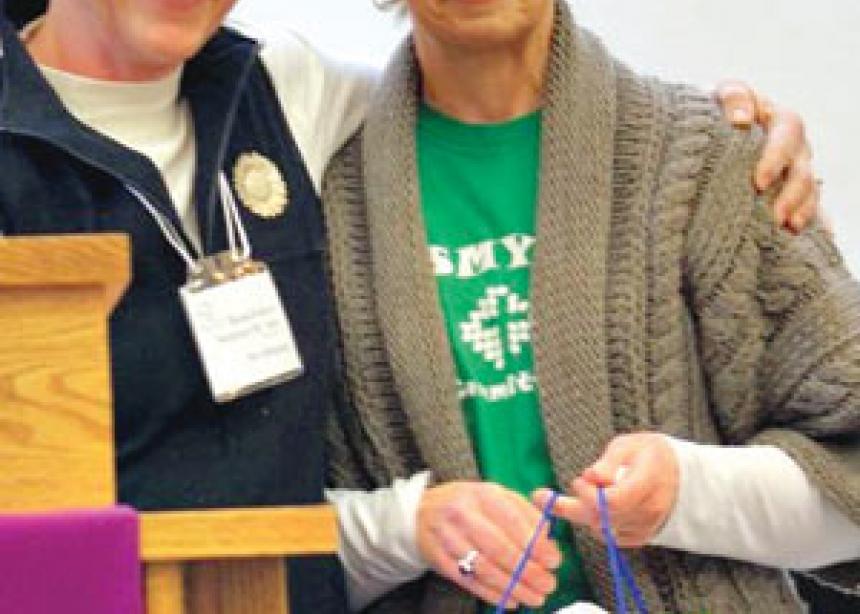 Anna Rehan sits behind her desk at the Mennonite Church Saskatchewan offices. This past February, during the conference delegate sessions, the area church’s youth pastor was recognized for 25 years of work with Saskatchewan youths and young adults.

Not native to the province, Rehan spent her formative years growing up at Sherbrooke Mennonite Church, Vancouver, B.C. She credits those early church experiences with equipping her with the understanding and wisdom needed to work in Canada’s youth culture.

Although her home congregation was heavily peopled with German immigrants at the time, the seniors at Sherbrooke would also attend the English service after gaining their spiritual nourishment in their native tongue. “They came to support us,” recalls Rehan, referring to the congregation as “progressive.”

After spending two years at Clearbrook Bible Institute in the early 1970s, she was uncertain which path to take until a friend invited her to be a youth sponsor at Sherbrooke. She felt affirmed in the role and became involved in the provincial youth organization. Rehan was serving as vice-chair of the B.C. youth group when the chair stepped down. Conference leadership was unsure whether Rehan, as a woman, should take on that role because of possible dissension from conference members over the role of women in ministry. She served as acting chair for a year, at which time conference leaders realized her abilities and blessed her to take leadership.

Still, when a half-time provincial youth worker position opened up in B.C., she hesitated to apply. To her surprise, Erwin Cornelsen, her pastor, encouraged her to consider it. By 1982, she found herself working part-time at Sherbrooke and part-time for the B.C. conference.

Rehan was also part of a group that brought other provincial youth workers together. One of the group’s jobs was to organize a national youth event called the Great Trek. It ran every three years throughout the 1980s and early ’90s, and brought teens from across Canada together.

Through this network, she met Eldon Funk from Saskatchewan, who told her about the conference’s desire to start a provincial youth ministry again.

“In the late ’60s, early ’70s, youth ministry [in Saskatchewan] was dissolved,” Rehan notes. “There was nothing for a number of years.”

“SMYO [Saskatchewan Mennonite Youth Organization] was formed out of a provincial meeting of youth and young adults at Shekinah around 1983,” said Funk in his February tribute to Rehan.

Rehan encouraged the group to continue with its efforts to resurrect the youth program. In 1985, she accepted the position to help make that happen. First living in Rosthern, she spent time meeting with students at Rosthern Junior College and helping to organize retreats for young people across the province.

“She helped to guide our faltering baby steps as an organization,” said Funk. “She is the first person I met who actually lived by her belief that youth work is indeed a calling, not merely a stepping stone to ‘more important’ church ministry.”

Rehan agrees, explaining that there is an assumption that youth pastors use youth ministry as an intermediary step to becoming a senior pastor. But she doesn’t want to. “I really like young people,” she says, finding it thrilling to watch them learn and grow.

She also knows the years of struggle teens face. “A lot of what they’re looking at is that the church has integrity,” she explains. “They’re asking questions and looking for a people who are willing to respond.”

But the church doesn’t always welcome the questions that youths pose, says Rehan, admitting that there is an attitude that sets young people to the side until they are through their “troubled years.” At that point, the church tries to invite them in, but it doesn’t work, she says from experience.

“There’s a mindset that the youth group is separate from the church,” she suggests, explaining that it takes more work to get teenagers involved because it means teaching and guiding them as well. But “if you want to see the church continue to grow, you have to walk alongside,” she maintains.

As MC Saskatchewan youth minister, Rehan offers some sage advice to parents of teens: “Help your child to find a mentor and then trust that person to make an impact on your child.”

She also maintains that mothers and fathers need to parent—not buddy up with—their sons and daughters. “If we want to have integrity as parents, we need to be parents,” she says, having raised her own two children to adulthood. Subconsciously, teenagers are looking for limits although they won’t readily admit it, she believes. 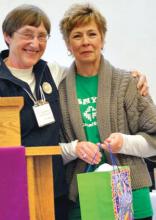