The next step: Helping to build infrastructure in rural Haiti 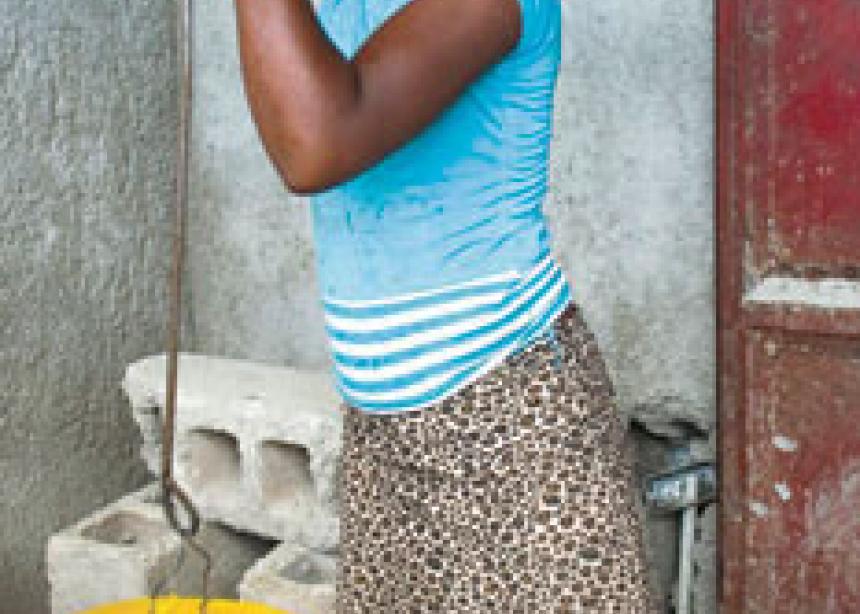 The response of Mennonite Central Committee (MCC) to Haiti’s Jan. 12 earthquake will gradually shift from the capital city of Port-au-Prince to rural communities that are expected to play an integral role in rebuilding the country.

The Haitian government estimates that 162,500 of the 600,000 people who fled Port-au-Prince after the earthquake sought shelter in the Artibonite Department, where the Artibonite Valley is located. The movement of displaced people to the rural areas puts an economic strain on those communities, but it also presents an opportunity to change some of the underlying problems that made the earthquake so devastating.

“The majority of our work needs to be outside the city,” says Virgil Troyer, an MCC regional disaster management coordinator, “so the rural areas can have the infrastructure to support the people migrating there, and to keep people from moving back into the city.”

Decentralization is a concept espoused by the Haitian government and many international aid organizations, Troyer notes. The infrastructure in Port-au-Prince was never set up to handle the population that was living there, he adds. Even before the earthquake, the systems for water, electricity, roads and housing could not handle the demand. People built houses in ravines and hillsides and on top of each other, which resulted in massive damage during the earthquake, he points out.

Yet the capital city has been the centre around which the country revolves, Troyer says. It’s the primary place Haitians go to conduct government business, attend universities and good secondary schools, and get care at respected hospitals.

“What the provinces lack is the services of the state,” says Garly Michel, an MCC worker who is from Haiti and works in Port-au-Prince. “If they can get roads, health centres and schools, people could stay there.”

To encourage people to stay there, the government is appealing to international governments and non-governmental organizations to help establish that infrastructure.

The provinces already have resources for work, says Michel. They have water, land and a labour force. However, in recent years food production has dwindled because trade agreements have made imported food cheaper to buy than food grown in Haiti. MCC is focusing some earthquake response money towards increasing profitable production and encouraging local production and consumption.

“For the long vision, there must be a development plan that allows for more food in the provinces,” says Jean Remy Azor, an MCC staff member in Desarmes. “If there is no such vision to augment local production, there will come a time when we depend too much on imports. . . . Our stomachs will be in the hands of foreign countries.”