The new name for ‘love of neighbour’ 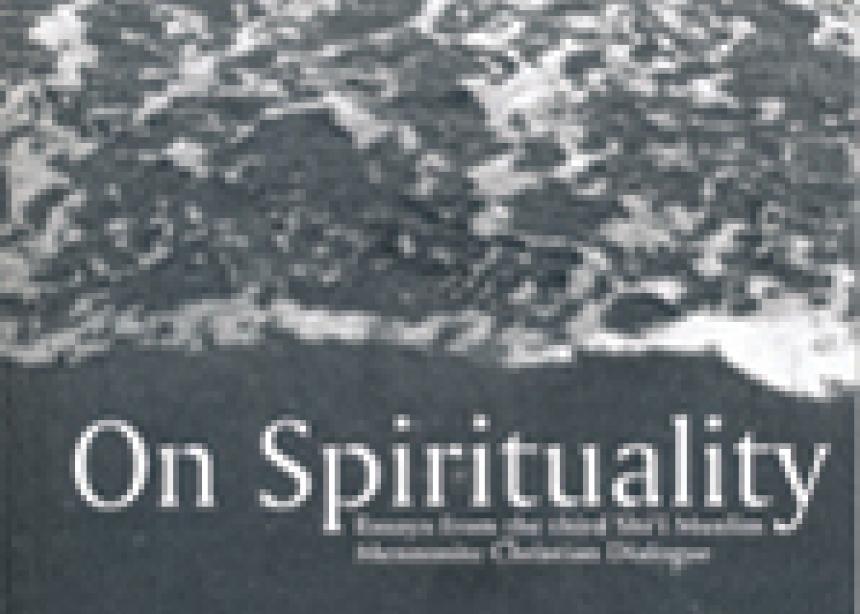 On Spirituality chronicles the third Shi’i Muslim-Mennonite Christian dialogue that took place during the spring of 2007 at Conrad Grebel University College, Waterloo, Ont.

In the lead essay by Hajj Muhammad Legenhausen, a lecturer in western philosophy and Christianity at the Imam Khomeini Education and Research Institute in Qom, Iran, where all of the Muslims were from, notes that Muslim and Christian spirituality are fundamentally different. “Christians understand spirituality as the work of the Holy Spirit, while Muslims understand spirituality as direction to ever deeper levels of meaning,” he writes. “Muslim spirituality is the result of another kind of movement, not an external spirit coming in, but the self’s delving within as it is guided to meaning.”

Like all of the essays, Legenhausen’s is paired with that of a Mennonite scholar, in this case, C. Arnold Snyder, professor of history at Conrad Grebel. “The Christian spiritual life is lived in relationship with God, in Jesus Christ, through the indwelling of the Holy Spirit, within a community of believers, embracing the entire world,” writes Snyder in response. “Christian spirituality encompasses all of life and relates all of life to the Creator.”

These opening essays are particularly helpful in understanding spirituality for both Muslims and Christians. While it is a tenet of Islam that Christians are fellow followers of God—“people of the book” according to the Qur’an—Christians have beliefs of precedence based in Jesus’ divinity.

The ideas presented point to either basic similarities between Mennonite Christians and Shi’a Muslims, or basic differences. Submission, spiritual poverty and the journey inward to find meaning in mystical experience are all there in both religious traditions. But the application of spirituality to political life and the daily ritual practices of all Muslims, compared with a low view of ritual by many Mennonite Christians, show deep differences.

M. Darrol Bryant, distinguished professor emeritus of religious studies at Renison University College, Waterloo, was an observer of the dialogue and co-editor of the book. He writes, “I have always felt that dialogue is the new name for love of neighbour; it is a willingness to meet the Other, let each community define itself, and engage in multi-faceted conversation.”

In dialogue, we find that the Other is truly other, and yet a fellow human being in search for meaning.

The book closes with a number of articles describing the dialogue, including one from the Waterloo Region Record summarizing each presented essay.