MCC Binational set to give way to revamped MCC Canada and MCC U.S. organizations in 2012 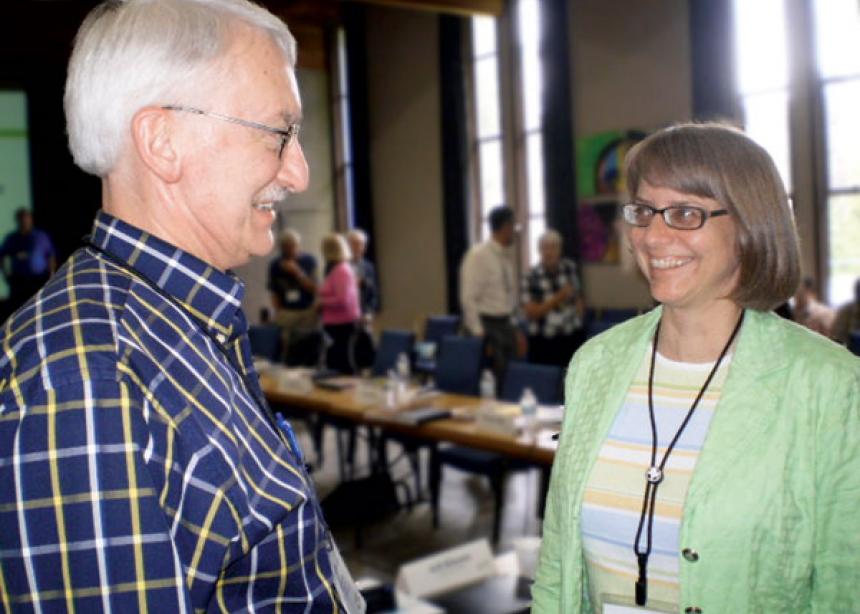 The last Mennonite Central Committee (MCC) annual meeting likely to be held in Canada addressed issues related to the implementation of the New Wineskins strategy, a three-year process nearing its end.

The restructuring will see MCC Binational replaced by MCC Canada and MCC U.S. Linking the two bodies will be a joint ministry council comprised of representatives from MCC Canada, MCC U.S. and Mennonite World Conference.

To complete this process, bylaws for the Canadian and American entities will need approval at a meeting this fall. If approval is given, MCC Binational will cease to exist at its final meeting in March 2012, making way for the two new country-based MCCs.

Responding to questions about how the two national groups will operate international programs, MCC Binational executive director Arli Klassen compared it to two parties owning one house. “Each one can furnish their room as they wish,” she said, adding that there is some organizational uncertainty for staff as the changes draw near.

Speaking about the upcoming changes, Neil Janzen of MCC Canada said, “We’re not entirely sure what awaits us around the corner. We’re not fearful, but a little apprehensive.”

“Once there is no binational board, will we be able to maintain contacts?” Bontrager wondered.

Board members provided apprehensive affirmation for the changes, offering such comments as, “It’s regenerative for the institution. . . . The iceberg is smaller than it was. . . . The process is like trying to drink water from a fire hose. . . . I’ve seen the hand of God in this process.”

Bontrager paid tribute to the thousands who participated in the Wineskins process, with special praise for the staff, calling them “a wonderful menagerie of gifted people.” Of Klassen’s role of creative leadership for an extremely complex and demanding task, he said, “Arli has more stamina than a Pennsylvania Dutch farmer.”

The listening committee said MCC, at the age of 90, needs to move forward. “The train has left the station and we’re not sure of its destination,” said Waldo Neufeld. Concerns about constituency connections need more attention, as reflected in 96-year-old Siegfried Bartel’s closing prayer that “the constituency stay with us.”

‘Not a para-church organization’

“MCC is an arm of the church. It is not a para-church organization,” said binational chair Herman Bontrager at annual meeting. He acknowledged, though, that MCC has a weakness in how it relates to congregations. Bontrager made a plea for the organization to retain a high regard for diversity, to focus on compassion rather than professionalism, and to concentrate more on deeds than on words.

Ron Flaming, international program director, reported that significant attention and resources were directed at disasters over the past year. MCC received more than $19 million for Haiti relief following its devastating earthquake in early 2010.

Ken Langeman, director of financial services, reported a slight surplus in the past year and noted that proceeds from thrift shop sales have increased. Canada/U.S. joint income exceeded $75 million, with donations from Canada continuing to be strong and donations from the U.S. showing a small increase.

MCC worker Daryl Byler, a program representative for Iran, Iraq, Jordan and Palestine, identified four principles for interfaith discussions between MCC workers and those they work with and for around the world:

“Don’t shy away from the fact that our work is done in the name of Christ,” he said, adding, “We are all on a journey.”

Meetinghouse is an association of Mennonite, Mennonite Brethren and Brethren in Christ publications in North America. 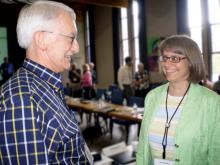