Movie not true to Mennonite life 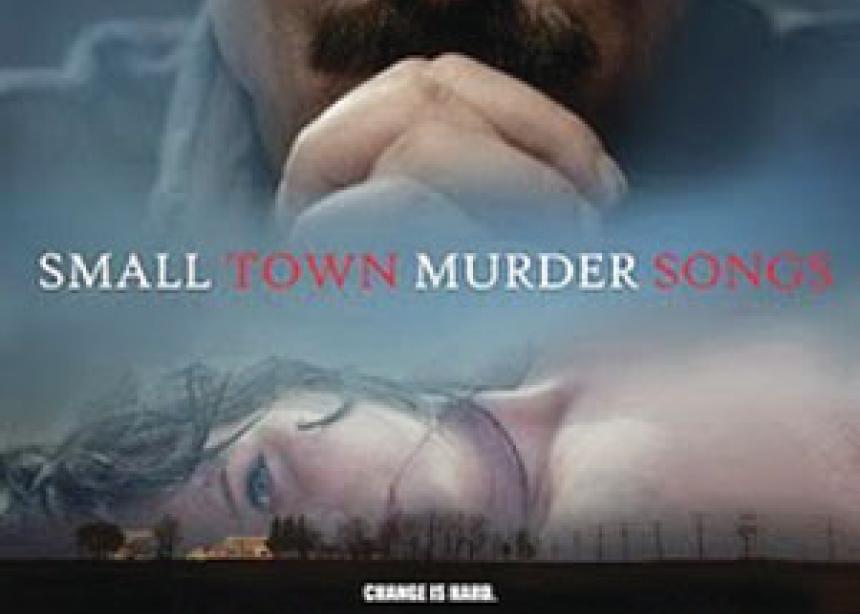 The story, set in what is supposedly a small Mennonite town in Ontario, deals with a local police chief who tries to solve a distressing rape and murder case. The movie was filmed at Conestoga Lake, and in the rural areas around the towns of Listowel and Palmerston.

While it is refreshing to have a movie dealing with redemptive pacifism, the story is weakened by the fact that its Mennonite setting is not convincing. A horse and buggy moving across the screen, and a few scenes of Old Colony Mennonite men standing around a pick-up truck speaking Low German are the only convincing Mennonite segments, but these traditional Mennonites live in rural areas separate from the world, and would hardly consider themselves part of a “Mennonite town.”

One scene involves an older woman who seems to be wearing a covering, but her mannerisms and expressions are as inauthentic as what she is wearing.

The music, by the band Bruce Peninsula, is harsh and loud, and seems out of step with a rural Mennonite landscape.

It is not at all clear whether the police chief considers himself Mennonite or not. Some of the scene titles—“Live in the world but not of it,” and, “If someone strikes you on the right cheek, offer the left also”—suggest he has a Mennonite theology, but I doubt that a rural Mennonite church would welcome a police chief as a member.

The movie suggests the chief has repented of his violence, but his womanizing doesn’t seem to be an issue. When the chief talks to the deacon in the empty church, gazing at the cross on the wall, it may convey his spiritual struggle, but it is not a convincing Mennonite action.

Small Town Murder Songs has some lovely sunset shots over a rural skyline, but overall it is a very dark and shadowy film. Even the indoor shots have limited light, as though the town needs to ration its electricity.

While Mennonites can appreciate the theme of this movie—that violence is not the answer—the context, unfortunately, is not persuasive.

Barb Draper is the Books & Resources editor for Canadian Mennonite and the author of The Mennonites of St. Jacobs and Elmira. 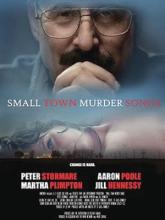 The reviewer focuses on tiny bits of "Mennoniteness" in the film and whether they are authentic and gives an unfavourable review. On the other hand, the film gives the world an authentic story of the power of nonviolence -- that is something to celebrate, to promote, to embrace.

The reviewer didn't read the film carefully, so some of her criticisms aren't valid. The police chief had been kicked out of the Mennonite church because of youthful violence. The reviewer spent a lot of words focusing on the "Mennonite" town. As the movie's title attests, it is a small town. The police chief, of Mennonite background, wrestles with his violent self and the self who is in love with someone not his wife. Powerful stuff. I would hope that our spiritual struggles are as heartfelt and successful -- I hope that the movie is true to Mennonite life.

I agree that the movie's soundtrack doesn't fit. I think they got the music for free. Considering the low cost of the film, the filmmakers did a great job. The acting was particularly strong. The Globe and Mail reviewer didn't like the scriptural chapter titles, but I thought they were very effective.