Midwives of a new era 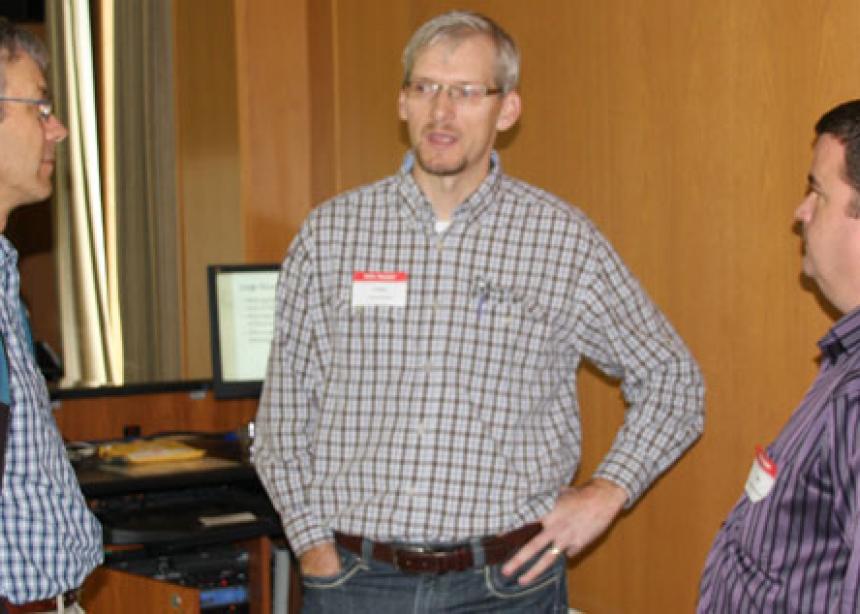 John Borthwick is calling on church leaders to see themselves as midwives and chaplains.

With many congregants still “modern” in their thinking about church, the Bible and culture, they will need ministers to care for them as they age, what he called a form of chaplaincy. On the other hand, he said that current ministers will by-and-large not be postmodern ministers themselves, and no leaders alive now may see the full bloom of the nascent postmodern church.

But Borthwick and two other presenters—John Lawson, a United Church of Canada minister, and Derek Suderman, assistant professor of religious studies at Conrad Grebel University College—trusts that God will not abandon God’s people and that a church will exist in the aftermath of the cultural changes now taking place in Canada. But all three were adamant that it isn’t known yet what the church will ultimately look like in the future.

Suderman focused on the Bible as the book of the reading community, which both needs a community to exist and forms that community. He painted the picture of the post-Christian and postmodern context as one of pluralism, where faith groups are in the minority in a globalized world in which Christians live in the shadow of empire amidst rapid technological change, and who must deal with disorientation, fear and despair.

He sees this as parallel with Jesus’ day, and the times when the Bible was formed: post-exilic Israel and the pre-Constantinian Roman Empire. He believes the Bible is a book for a time such as this, and encouraged faith communities to wrestle with the Bible, neither accepting old interpretations as normative, nor doing away with Scripture as outdated.

At least one participant wondered afterward if Suderman’s views were truly postmodern or were still infused with ideas from modernity.

The final exercise of the day was to spell out some concrete steps for the church now. They included: