The merger God has been waiting for 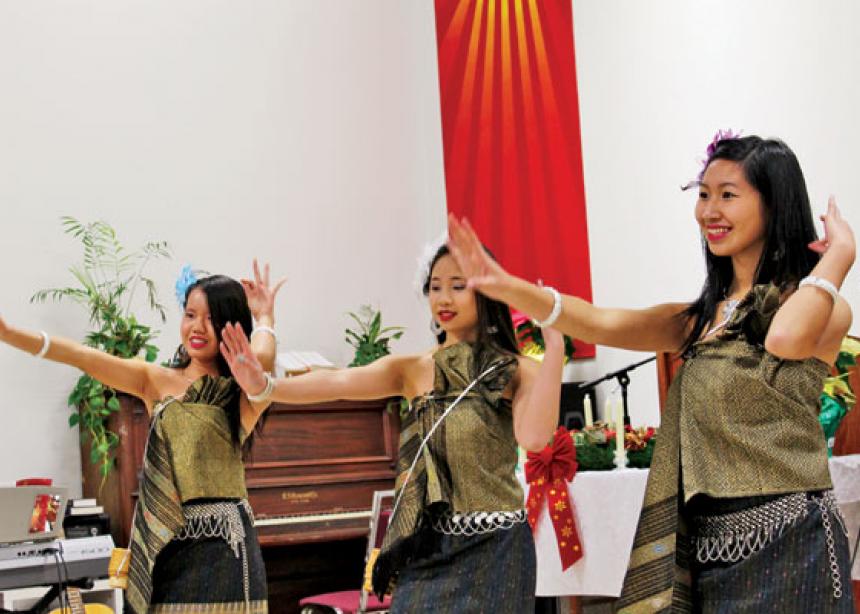 “We want to build a stronger Lao Mennonite church in Toronto by being united,” said Chinda Kommala, a member of the pastoral team.

It was seven years ago when some members from Toronto United first left the original Lao congregation after concerns over payment of the pastor’s salary and leadership conflicts. But after several years, most of the Toronto United members had followed Kommala to Lao Canadian, and Ongath (Art) Phounsavath, who had taken over as pastor at Toronto United in 2006, was left with a congregation of only six.

Both Kommala and Phounsavath decided then that it was time to bring the two churches together, recognizing that they would be stronger together than apart.

“They looked each other in the eye and said, ‘Well, the reasons for us separating or having two churches no longer make sense,’ so they shook hands and said, ‘Yeah, let’s become one,’ ” said Dale Bauman, one of the former Lao Canadian pastors.

Phounsavath then had to convince his congregation that it was time to join Lao Canadian. Some were reluctant, but when the congregation had to leave its former worship space, the time seemed right.

Brian Bauman, missions minister for Mennonite Church Eastern Canada, told members during the amalgamation service he believes that, after seven years apart, the time is right to move forward. “The merger of these two churches hasn’t been easy, but it’s the merger that I believe God has been waiting for,” he said.