In response to several critics of an article appearing in the Sept. 20, 2010 edition of Canadian Mennonite, Pries presents a "civil law versus divine law" argument for his position on what has been termed "illegal" refugees 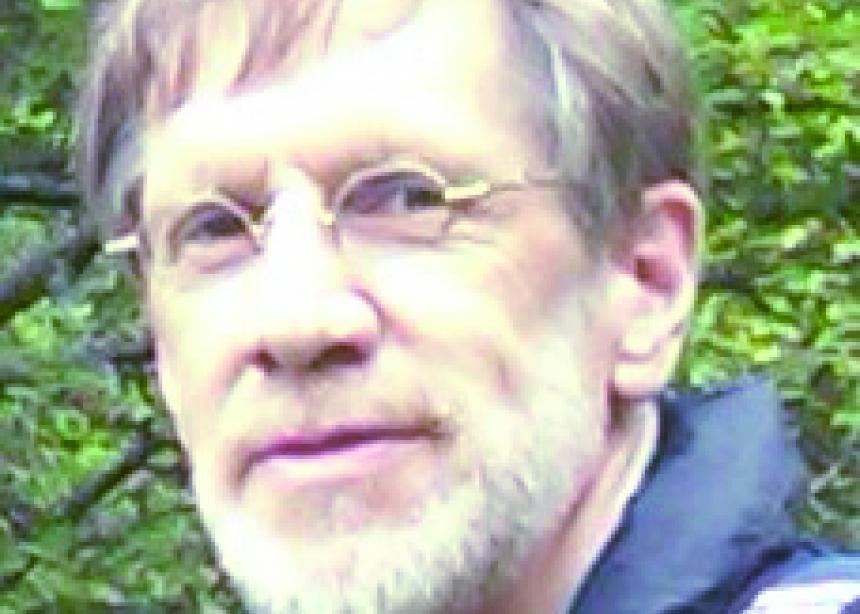 While I received many comments of gratitude from various leaders and members of our denominational mission boards, MCC and others, some members of our faith community did not welcome the comparison. More than one person said to me: how dare I compare us “fine” Mennonite folk to “those people, those dirty criminals.” When queried about how they knew that these refugees were criminals, they insisted that “all those people are criminals.” A few CM Letter writers were also not amused and insisted that a major difference was overlooked, namely that Mennonites entered this country legally while Tamils and other refugees were illegal and entered via criminal deed and intent. Perhaps all this bears a little closer examination.

First, let us ask a fundamental question: who are the “we” and who are the “they” in this discussion? Were all Mennonites really legal immigrants? Mennonites in Canada (Mennonite Church members, according to our ecclesiology) comprise numerous ethnic groups from most United Nations member countries. Mennonites are obviously not exclusively of Russian or Swiss Mennonite background – and clearly, not all Mennonites came as pre-certified immigrants. Many came as refugees without immigration papers, including Tamil Mennonites (who became Mennonite after arriving here, thanks to the compassionate welcome of other Mennonites) and people from dozens of other ethnic groups from around the world. Still others came as draft dodgers in the Vietnam War (these points were excised from the previous article by the editor’s scalpel). We are now all part of the same church and these new Mennonites, our sisters and brothers too, serve in all leadership areas of our denomination. We now have a Tamil Mennonite Church in Toronto and dozens of other such new Mennonite churches, comprising largely of former refugees. Are these people not Mennonites? Were many of them not refugees?

But let us set this aside for a moment and look at the historic Mennonite communities only: the so-called Russian Mennonite and Swiss Mennonite communities, since that is where the objections to the comparison of Mennonite refugee history and Tamil refugee history came from, based on the comparisons I made with my own family story. Apparently, some insist that we view those Mennonites who came as refugees to Canada in the wake of the historic American or Russian Revolutions or World War II as legal and that current refugees are not legal and therefore criminals – because, as some have also said, they don’t have proper documents.

So, how do we define legality? Or perhaps, who defines legality? According to the United Nations High Commission for Refugees (UNHCR) the Tamil refugees are legally classed as refugees, and Canada, under International Law, cannot turn them away without due process to determine otherwise and to evaluate the safety implications of their return. So, if the UNHCR defines refugees without documents appearing on our shores as bona fide legal refugees and, therefore, a Canadian responsibility, if three out of four federal political parties in the House of Commons see these refugees as legal and if even former Progressive Conservative Prime Minister Brian Mulroney sees them as legal, we are essentially left with one party, a minority of our federal parliament, which views the refugees as illegal. According to some respondents in our Mennonite constituency, this now makes these people illegal and criminal – and they, therefore, need to be immediately transported back where they came from, even if, in some cases, it could mean imprisonment, torture or death. We know from historic Mennonite experience that in many cases, imprisonment, torture or death was not predicated upon a crime having been committed. Members of my own extended family ended up in the gulags of Siberia without having committed any crime.

So, where do we take our definitions from? Is it only from the political party of our choice? Or is there a more comprehensive determination based upon international law? Or are there additional “legal” perspectives which we, as Mennonite Christians, need to consider?

Some contend that “legal” is that which is determined by the government of the day.  Unfortunately, this argument and definition would put Mennonites at odds with much of their own history. Mennonites and their Anabaptist forebears were often on the wrong side of mandated law and became known for quoting Peter, the apostle, from the book of Acts (chapter 5), when he declared that “We must obey God [i.e. divine law] rather than human authority.” Anabaptists held that divine law superseded human law. In the sixteenth century, when Anabaptists and Mennonites were exiled from various territories and subsequently decided to return, even after having made a solemn promise to the authorities not to do so, they most frequently quoted Psalm 24:1 as a justification for returning “illegally”: “The earth is the Lord’s and all that is in it, the world, and those who live in it.”

Ultimate authority, they claimed, belonged to God and not the “prince” or “state”. The Holy Spirit, they argued, had called on them to return and although considered “illegal” by the governing authorities, this was mandated by God – who was the ultimate Lord of all territory. For some, this illegal return would cost them their life. This frequent Mennonite practice of claiming that divine law superseded human law did not remain a relic of the sixteenth century. Although the circumstances often changed, Mennonites have appealed to that principle in each subsequent century.

“But,” some have argued, “we now live in a democracy, where the majority rules. Our law is taken from the democratic will of the majority.” Indeed, that is true. It is also why many Mennonites, historically, frequently preferred to live under a monarchy. As a minority at odds with the majority, a place where the majority ruled could produce harsh consequences for minorities that did not fit in or subscribe to all principles advocated by the popular majority. A similar principle holds true in Canada. Some preferred a constitutional monarchy, like Canada, over the United States, for example, because it provided additional protection for minorities. Historically, at least, the role of the monarch or the monarch’s representative was to be a check against the abuse of privilege by the majority over minorities (although it did not always work as intended). In other words, in order to prevent the “tyranny of the majority” over the minority, the non-elected monarch could step in. Mennonites understood that and felt safer with this additional “check” on the rule of the majority. They had enough historical memory to remember the consequences of being in a minority societal position.

And yet, how soon we forget our own history! Now that we are usually in tune with the majority establishment in our own country and fully represented within the law-making structures and its machinery, have we forgotten the minorities who find themselves at the mercy of the majority in the way we once did?  Whether the issue was conscription laws or language laws or other cultural inhibitors, Mennonites have frequently found themselves in a minority position. Now that others face that which we once bridled against, how do we respond – especially when many are the “least of these”, our own brothers and sisters or family members of our very own brothers and sisters in Mennonite Church Canada?

Perhaps of greater significance is that we, as part of the democratic establishment in our society, are involved in the making of the very laws which include or exclude, based upon our support and our democratic voice. So, classifying some as “illegal” and others as “legal” is based in no insignificant measure upon our determination of the same. We first create and support laws declaring certain people illegal and then deny them legal status on the basis of the same laws we have just helped create for that purpose. Psalm 24:1 clearly holds less importance for us than it once did.

So, to recap, can the argument that “‘we’ came legally while ‘they’ did not” be sustained? If “they” are part of our “we”, then “their” experience” becomes a part of “our” experience also. If the “we” remains restricted to Mennonites who came from Pennsylvania, Europe or Ukraine – or their Mennonite migration sub-branches – we may have to reevaluate what it means to be a church in full fellowship. However, if for historic reasons we wish to draw the distinction between old and new, historic and present, we may have to re-write our history. We may also have to re-evaluate our present role in determining legality and illegality.

Ultimately, the big truths have not changed. Divine law still exists; we hear it preached most Sundays. It raises the principles of God’s mercy and compassion – of divine love – above all others. It calls us to share in Jesus’ compassionate ministry, who knew from his own experience what it was like to be a refugee fleeing for his life (without identity or immigration papers). And finally, if we permit human laws to supersede one of the fundamental principles of divine law, the law of compassion, we may also need to reexamine our identity relationship with the source of that law.

Edmund Pries teaches in the Department of Global Studies at Wilfrid Laurier University and is a member of W-K United Mennonite Church. 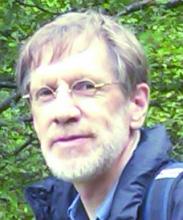