A Mennonite artist in the Canadian landscape 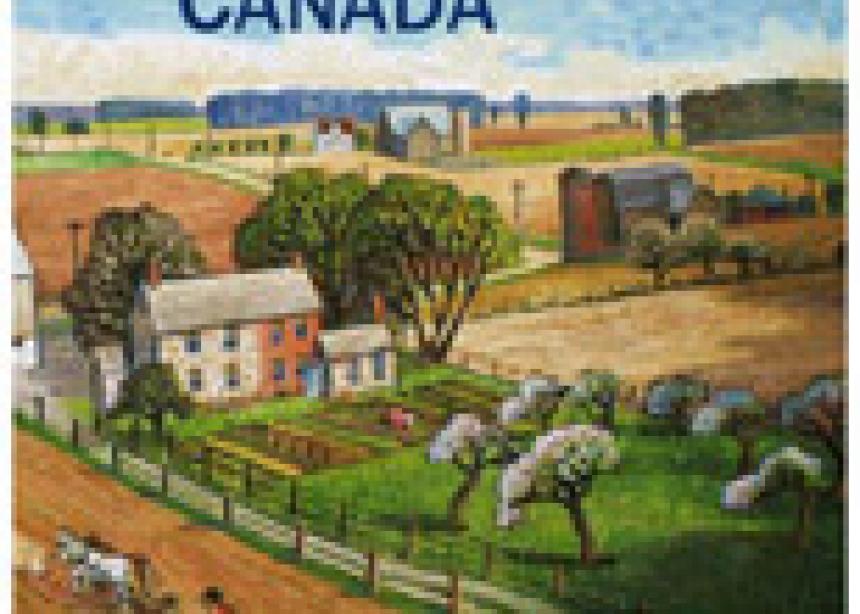 A cornucopia of events and exhibits in Waterloo Region has celebrated the centenary of artist Woldemar Neufeld’s birth.

Shows in St. Jacobs, at the Waterloo Children’s Museum, Kuntz Gallery in Waterloo, and the Gallery on the Grand in Kitchener have highlighted the painting, drawing and block printing of the artist, who was born in 1909 in Russia and died in 2002 in New Milford, Conn., where he had lived for many years.

To top it off, Paul Tiessen and Hildi Froese Tiessen have created Woldemar Neufeld’s Canada: A Mennonite Artist in the Canadian Landscape 1925-1995, a new book of Neufeld’s Canadian work, published by Wilfrid Laurier University Press. Beginning in 1925, when he came to Canada as part of the Mennonite exodus from Soviet Russia, his carefully crafted works have been a joy for many collectors.

Showing the engineering drawing craft of his father, who was executed by the Bolsheviks, Neufeld, who was a commercial artist early in his career, was the master of perspective. Unlike the Group of Seven’s iconic Canadian wilderness paintings, Neufeld’s work almost always included the human in the landscape. His “In the Midst of Life,” a painting of a windrow of tree stumps, includes rows of corn in the background, and a barn roof in the distance.

Numerous interviewers heard Neufeld say that, after being hunted by the authorities in Russia, coming to Canada was a profound experience of freedom, continuity and joy. The Tiessens write, “As an artist in diaspora, Neufeld sought and found a way of expressing his own amazement and elation, his pleasure and his gratitude for the deeply satisfying discovery of a new home.”

A Mennonite by birth, culture, confession of faith and baptism, Neufeld seldom painted explicitly religious themes, finding that the church did not support art in a way that one could live from the proceeds. Instead, he turned to galleries and schools to sell and teach, both in Canada and the U.S.

But he continued to see himself as a product of his religious heritage. His stepfather, Jacob H. Janzen, was a church leader and bishop in the United Mennonite Conference in Ontario. Neufeld responded in hope to his difficult childhood, looking for goodness in the creation and the human world.

The Tiessens’ book is a careful look at Neufeld’s work, comparing and contrasting him to his contemporaries: Homer Watson, the Group of Seven, and, as his long life unfolded, many of the painters of the 20th century. It is illustrated with many plates, showing his work and influences. The Tiessens have gathered material from a treasure trove of correspondence and journals that became available after Neufeld’s death, and that of his widow, Peggy (Conrad) Neufeld, in 2008. The writings track his many trips to Canada—making him a Canadian artist—even though he was born in Russia and lived in the U.S. 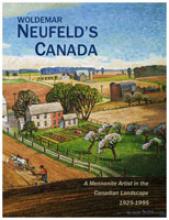 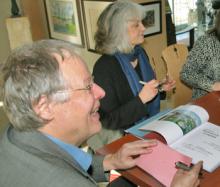 Paul Tiessen and Hildi Froese Tiessen sign copies of their new book, Woldemar Neufeld’s Canada: A Mennonite Artist in the Canadian Landscape 1925-1995, on Jan. 23 at the Gallery on the Grand, Kitchener, Ont., within sight of several of Neufeld’s subjects—the Bridgeport Mill and the site of the original Bridgeport bridge over the Grand River.