Men need to understand their ‘warrior’ side 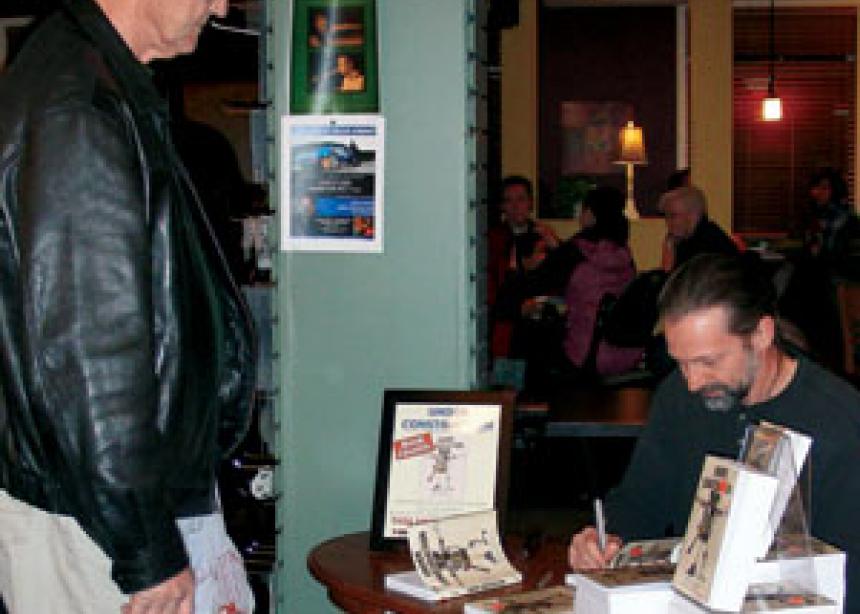 Gareth Brandt has written a personally grounded book on men’s spirituality as a resource for men’s prayer or discussion groups. His goal is to re-frame the basic contours of the field of men’s spirituality, which he considers neither practical nor biblically resonant.

Brandt begins with his personal story and the quest for his own “unique spirituality as a man,” and then surveys some of the literature in the field. Much of this literature adopts the Jungian framework of archetypes put forth in 1990 by Moore and Gillette in their influential book, King, Warrior, Magician, Lover: Rediscovering the Archetypes of Mature Masculinity. Brandt takes issue with the notion of archetypes in general and in particular with that of the “warrior.”

He describes how various evangelical authors have latched onto this image in a disturbingly patriarchal fashion. Brandt does not “find the warrior at all helpful for developing a relevant and constructive male spirituality in an age of increasing terror and violence. Surely men can be spiritually adventurous and courageous without becoming domi-
nant and violent,” he writes.

Instead of archetypes, which he considers “almost coercive,” he suggests a framework of metaphors based on the life of Joseph, which offers greater flexibility and biblical resonance.

While I agree with Brandt’s critique of the evangelical appropriation of the warrior metaphor, I am not convinced of the necessity to do away with archetypes altogether. He seems to dismiss them without clearly understanding their nature or depth.

Richard Rohr, whom he quotes numerous times, claims in his book Adam’s Return: The Five Promises of Male Initiation (Crossroad Publishing) that all of the images he has encountered in his extensive work with men can be boiled down to “versions of the big four.” Rohr also claims that “liberals generally do not understand the good and necessary meaning of the warrior,” and I think Brandt may be a case in point.

The warrior archetype has to do with the natural male realities of passion, inner drive, and the desire to achieve and protect. In and of itself, warrior energy is not bad. Rohr promotes the archetypes as a means of meeting these realities within ourselves; by facing them—especially their shadow side—we open ourselves to transformation for Christian discipleship. Rohr says he has met many men in the peace movement with unresolved anger and an ambiguous witness due to a repression of the warrior archetype within them. I’m also reminded that Gandhi considered healthy warrior energy a prerequisite for successful training in nonviolent resistance.

After dismissing the archetypes, Brandt devotes the rest of the book to exploring the metaphors for a new construction of men’s spirituality based on the biblical story of Joseph. There is much good content for discussion here. I particularly appreciate his poignant reflections on his own boyhood wound, and his subsequent journey of healing. The book is written with integrity and is recommended for group study and reflection. 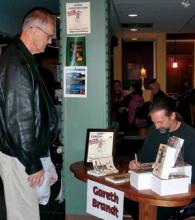