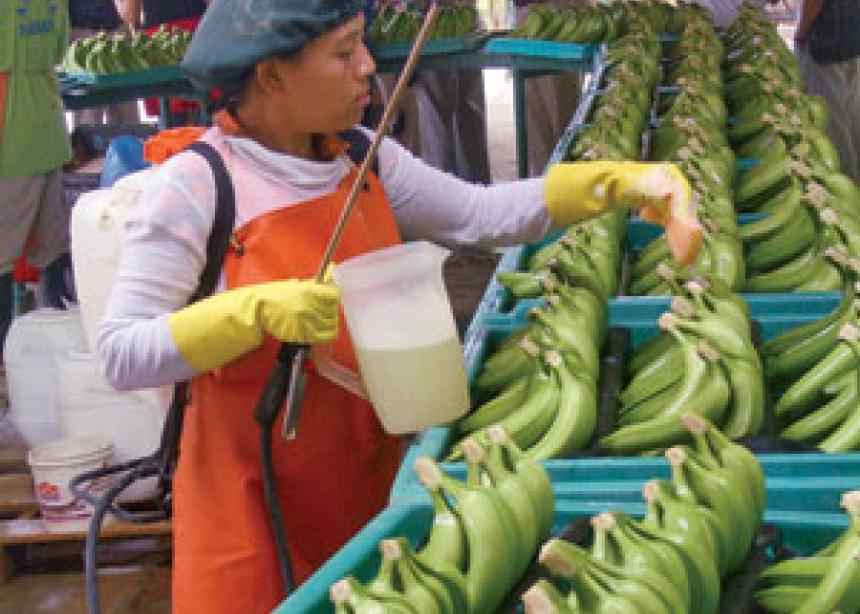 One of the cooperatives, called APPBOSA, comprises 300 banana farmers, each with less than a hectare of land. It used to sell its bananas to a multinational fruit corporation, but decided to try a different route when the company couldn’t use all of its fair trade production.

Now it sells directly to fair trade buyers in Europe and North America, and receives an additional premium of $1 per box. Recent dividends brought APPBOSA more than $600,000.

Members of the co-operative decided to use the money to upgrade equipment, such as a conveyor system of cords and hooks that travels through the trees and reaches into all the small farms to bring the bananas back to the central packing shed. Some of the dividend also went for road improvements and a health-insurance system for the farmers and their families.

MEDA’s role was to install its Agromonitor software, a tracking system to manage production and organic certification, and to train staff of the co-op. The system greatly simplifies the complex process of documenting the various logistical steps required to maintain certification standards required by the fair trade and organic industries.

In the past, says Jerry Quigley, director of MEDA’s production-marketing linkages department, an auditor would visit the co-op on a regular basis and spend a week analyzing mounds of paper documents. “This program tries to get them into an easy-to-approve database,” he says. 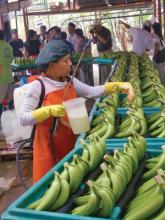