Livelihoods, homes and the health of unborn children and their mothers are threatened by flooding in Pakistan. Mennonite Central Committee (MCC) is using donations of nearly $700,000 to address these needs. 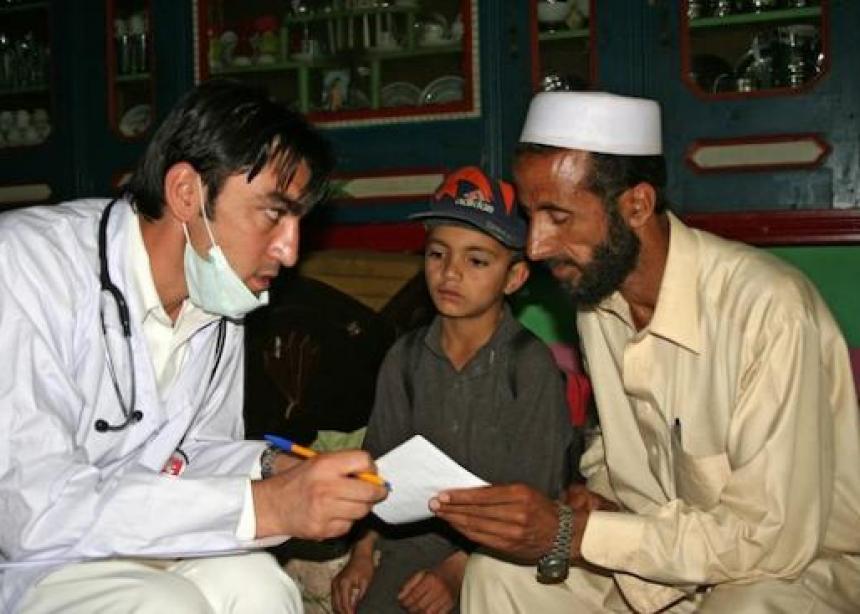 Following weeks of disruptions, loss and trauma, people in flood-stricken areas of Pakistan are facing enormous challenges as they struggle to rebuild their lives.

“How does a family regain its footing after it loses everything?” asked Donna Fernades and Chris Herlinger, writers for Church World Service (CWS) in a recent report.

Although Mennonite Central Committee (MCC) does not have its own programs or personnel in Pakistan, it is working through experienced and trusted organizations – such as CWS – that are responding to emergency and humanitarian needs there. MCC also worked through CWS after the devastating earthquake in Pakistan in October 2005.

The estimated number of people affected by the floods has increased to 21 million, with 10 million displaced and 8 million in need of immediate assistance, said Willie Reimer, director of MCC’s food, disaster and material resources programs.

By the end of the second week of September more than $700,000 had been donated to MCC for the Pakistan flood response.

Responses supported by MCC currently include:

Most of MCC’s longer-term support will be implemented by CWS, said Reimer, explaining CWS is planning to focus its disaster recovery efforts on agriculture and livestock, housing, and trades training.

“Said Qamar recalled that the thunder, torrential water and rains, and resulting landslide of July 27 came with little warning. There was, though, just enough time to evacuate the family to higher ground, about six-tenths of a mile away.

“When he returned to the homestead and small plot of land in a riverbed area that had been in his family for a century, Qamar saw his property—a  small plantation that had borne bananas, guavas, melons, apricots and peaches, potatoes and chilies—laid waste, covered with rocks and boulders.

“Though a few trees are still left standing, Qamar’s livelihood is now essentially gone. He is contemplating a move either to one of Pakistan’s urban areas, or, if there is a way to salvage the farm, perhaps nearby to begin anew — though living in a safer place, away from a river.”

Qamar acknowledges that neither move will be easy, and, he said, the family and other villagers are traumatized. “When it rains now, we’re afraid of what could happen. Could this happen again?” The family has received food packets from CWS.

The loss of livelihoods is among many concerns facing people in flood-affected areas. CWS operates mobile health units, and in reports CWS staff express concern about the lack of adequate facilities for pregnant women and their newborn children.

Within the next three months, about 100,000 babies are expected to be born in flood-affected areas. About 5,000 patients have been treated at mobile health units operated by CWS in Mansehra, Kohistan and Swat.