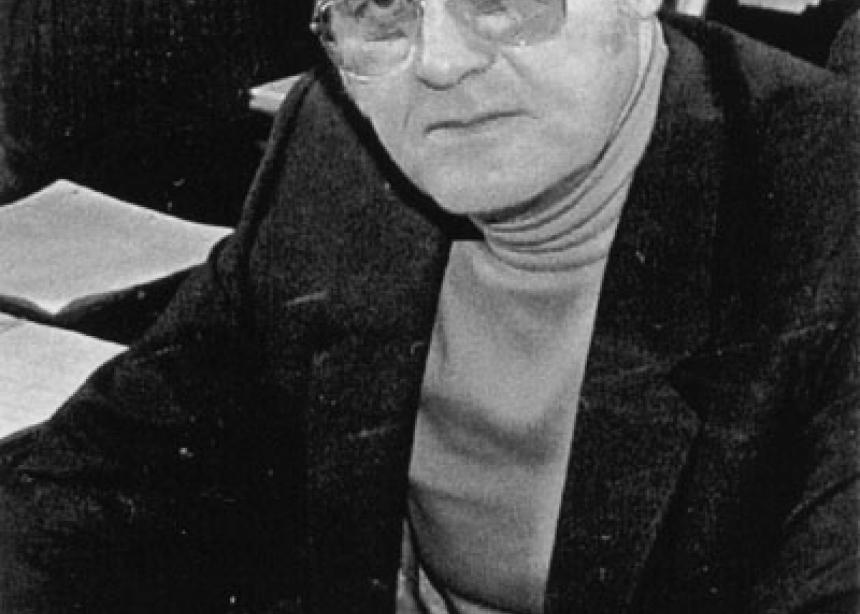 Funeral services were held Tuesday, December 28 for J.M. Klassen, whose commitment and firm leadership helped shape MCC Canada for more than two decades. He died here on December 23 at the age of 81.

Born February 12, 1929, as Jacob Klassen in Zagradowka (now Ukraine), his family fled to Canada via Germany in 1930. They eventually settled in southern Manitoba along with tens of thousand of other Mennonite immigrants. Raised on a farm, he grew up to become a teacher, a hospital administrator in Steinbach, an MCC volunteer and, eventually, the executive director of MCC Canada.

JM, as he was simply known, began his years with MCC in 1958 when he was appointed director of MCC’s programs in South Korea. He served there for three years with his wife Katherine and their two young daughters.

In the years following he served in a number of positions with MCC:

* Executive Secretary of the Canadian Mennonite Relief and Immigration Council in Winnipeg (one year). During JM’s brief tenure the CMRIC merged with a number of other Mennonite agencies to become MCC Canada.

MCC Canada came into being in 1964 and  JM was appointed its first Executive Secretary.  The formation of MCC’s provincial chapters followed within a few months.

MCC in Canada grew in the decades that followed. Responsibility for MCC’s Newfoundland and Labrador programs shifted from MCC’s Akron office  to MCC Canada. An overseas program department was added with responsibilities including the Kanadier Program (now Low German program); refugee and immigration issues; and MCC’s ongoing relationship with the Canadian International Development Agency (CIDA).

Canadian programs grew to include Native Concerns, Voluntary Service, Peace and Social Concerns, Handicap Concerns, Women’s Concerns, Mental Health. MCC opened its Ottawa office in 1975. Some of these programs have since ended or been reconfigured. Personnel and administrative services were also added to meet the growing needs of  the organization.

And in 1983,  after intense discussions, MCC Canada became the founder of the Canadian Foodgrains Bank which is now owned by 15 Christian partners.

“JM’s determination, love for the church, vision and skills enabled a fledgling organization to grow and do what few people at the time would have dreamed possible,” says Don Peters, the current executive director of MCC Canada. “MCC in Canada stands on the shoulders of people like J.M. Klassen.”

A funeral services was held at River East Mennonite Brethren Church in Winnipeg. He is buried at Glen Eden Memorial Gardens.