March 26, 2014 | God at work in the Church
Story and Photo by Donna Schulz | Saskatchewan Correspondent
Regina 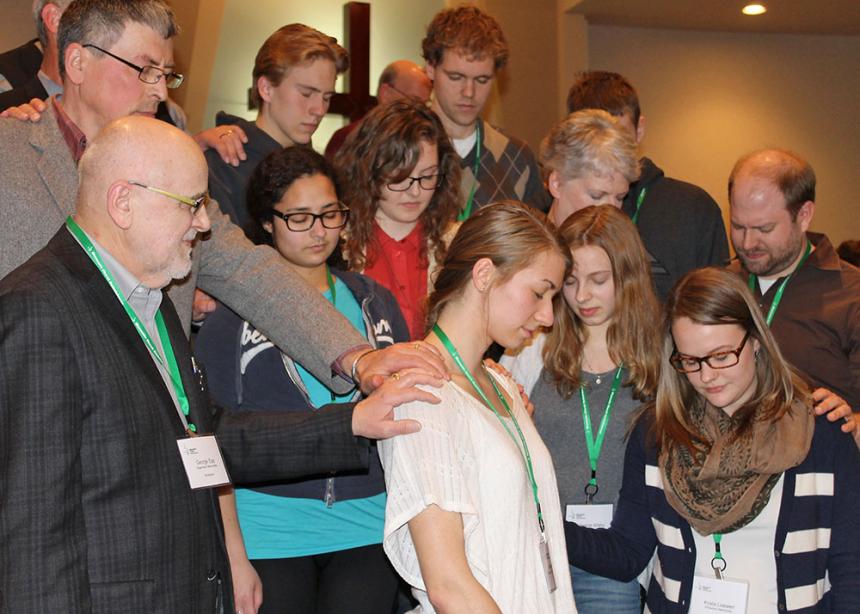 But before the ratification vote took place, delegates had to wrestle with an amendment related to the policy’s Section V on “Preventing discrimination,” which states, “No person will be granted a po-sition or prohibited from a position on the basis of age, gender, cultural background, physical appearance or sexual orientation.”

It was this statement that delegates focused their comments on when Ken Schaaf of Hope Mennonite Church in North Battleford proposed an amendment, calling for the section to be removed from the safe church policy and “referred back to council to be reworded and included in a hiring policy” that would come before next year’s annual delegate sessions.

Gerhard Luitjens, incoming MC Saskatchewan moderator and half-time pastor of Hope Mennonite Church, registered his support for the amendment, saying that, “with regard to hiring, it is better that we have no rule than a rule such as what is being proposed.” To those opposed to the amendment, Luitjens said, “You have decided that the only way to deal with the pain in ‘that’ community is to be totally welcoming.”

Craig Friesen, who identified himself as openly gay and a member of Osler Mennonite Church, countered that the pain Luitjens referred to is “a part of ‘our’ community,” and that to omit Section V from the safe church policy would leave members of the community vulnerable to spiritual abuse, which the policy is supposed to prevent.

Allan Klassen of Nutana Park Mennonite Church in Saskatoon agreed with Friesen, saying, “If we do not include Section V, then we are not making our churches a safe place for everyone.”

Ike Epp of Glenbush Hoffnungsfelder Mennonite Church said he would vote as his congregation wanted him to, in favour of the amendment, but he fears the consequences of forcing the issue at this time. He cautioned that there is “no winning way out of this one.”

Ray Friesen, co-pastor of Emmaus Mennonite Church in Wymark, said that his “heart says no to the amendment,” but that his “concern for the process says yes.”

Emily Toews, pastor at North Star Mennonite Church in Drake, said she, too, would like more time for clarification, and warned, “This is God’s church, not ours. We need to direct our hearts and minds to the right place.”

When the ballot vote was taken, delegates rejected the amendment by a slim 56 percent.

A second amendment, proposed by John Bartel of North Star Mennonite Church, called for a change to the section pertaining to definitions. In the definition for discrimination, Bartel moved that the words “sexual orientation” be added so that the definition reads, “unfair treatment of one person or group, usually because of prejudice about race, ethnic group, age group, religion, gender or sexual orientation.” This amendment was carried by a show of hands.

Ratification of the safe church policy followed, also by a show of hands, with about two-thirds of delegates voting in favour.

Not all issues brought forward for discussion were as controversial:

• A second resolution presented by the Youth Farm Complex Board and passed with little discussion gives the board permission to develop plans for a 20-bed personal-care home and chapel adjacent to the existing Mennonite Nursing Home.

• Guest speaker Dori Zerbe Cornelsen of the Mennonite Foundation of Canada addressed the theme, “Generosity of spirit.” She cited author Malcolm Gladwell, who, in his book Tipping Point, says moments of unexpected change can act as a tipping point and bring enormous results. The feeding of the multitudes in Luke 9:10-17 is such a tipping point, in that it leads to an act of dangerous generosity. In the story, Jesus tells his disciples, “You give them something to eat.” Readers tend to forget that the “you” in the text is plural, Cornelsen said; people feel overwhelmed by the need around them, thinking they cannot possibly meet that need, but they “overlook the genius of ‘we.’ We are better together even when we disagree—and possibly because we disagree.” Whether MC Saskatchewan will come to agree with Cornelsen’s statement remains to be seen. 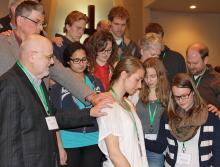 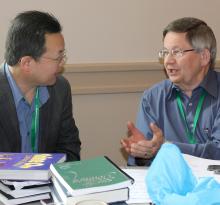