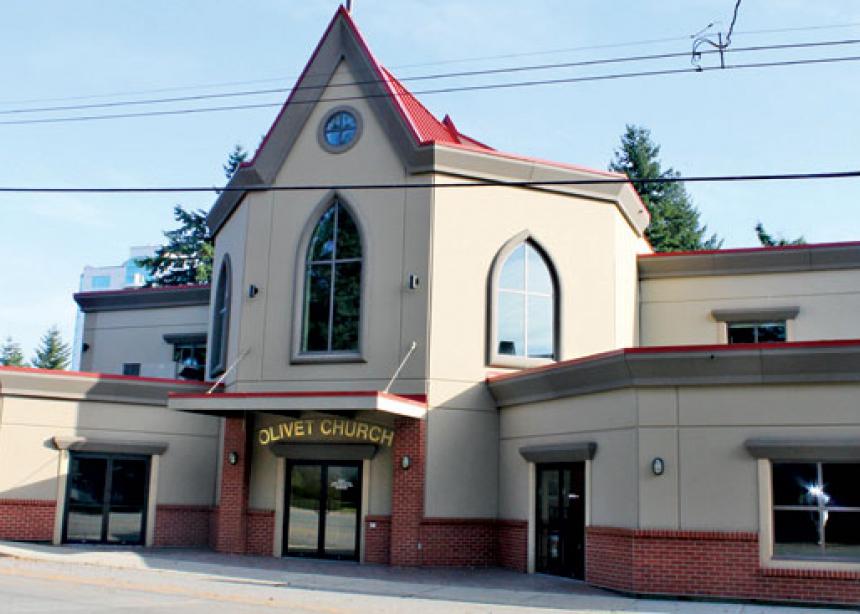 One chapter of the Mennonite Church British Columbia story came to a close on Nov. 5 when delegates voted at a special meeting to return the title for former member Olivet Mennonite Church back to the congregation. Olivet had withdrawn from MC B.C. in 2007 and had requested the transfer of title, held in trust by MC B.C.

Founded in 1960, Olivet Mennonite Church on Langdon Street in Abbotsford had been an active member of the area church and MC Canada, but voted to discontinue its association with all Mennonite church bodies four years ago over theological differences regarding Scripture, accountability, pacifism’s connection to the gospel, and homosexuality.

MC B.C. had been considering various options in the matter of the Olivet property, and had asked if Olivet would consider a donation to the future of MC B.C. in recognition of the contributions lost when Olivet left MC B.C., and as a gesture to those Olivet members who did not want to leave. This was refused by the Olivet elders board, which requested that MC B.C. return the title to the church outright.

The MC B.C. Leadership Board presented a motion at a special delegate session at Clearbrook Mennonite Church, Abbotsford, on Nov. 5, that read: “We move that . . . the title of the property at 2630 Langdon Street, Abbotsford . . .  be transferred to Olivet Church Abbotsford.”

In his opening remarks, MC B.C. executive minister Garry Janzen said, “We want to serve faithfully and proceed forward, knowing we made our best efforts. Relationships make up the church. It is about being the people of God.”

Delegates spoke on both sides of the motion, recognizing the brokenness experienced with Olivet’s departure from the larger Mennonite church family. Delegates were advised that if the motion did not pass it could result in court action, which some felt would be a poor Christian witness.

One delegate, speaking in favour of the motion, pointed out that MC B.C. holds title to the various congregational properties for technical and insurance purposes only, and has no other reason to hold on to the property, with the title being held in trust.

“A ‘no’ could derail us from being the church over a title issue,” said another. “We need to let it go.”

Yet others thought the matter should not be let go so easily, and that arbitration in court need not be a negative option. One delegate said there was no shame in saying, “We need help [in settling this].” The issue, he felt, was how does the church handle conflict?

“I’m saddened that there wasn’t more effort on Olivet’s part,” said another delegate, who asked, “What can we learn from this? How do we choose our leaders?”

Moderator Dan Rempel replied that a congregation will choose a leader and go where it wants to go, a reminder to individual congregations to be accountable to the area church when choosing pastoral leadership.

In the end, delegates voted by the required 75 percent to transfer the property title to the now-independent Olivet Church, with the agreement that all legal costs of the transfer be borne by Olivet, and that MC B.C. be released from the mortgage with the Mennonite Foundation of Canada.

“Brothers and sisters in this body need to keep those in mind who were hurt,” concluded Rempel. “There is not closure on this. We’ll sit on our memories. Let us find . . . the way forward on this issue.”