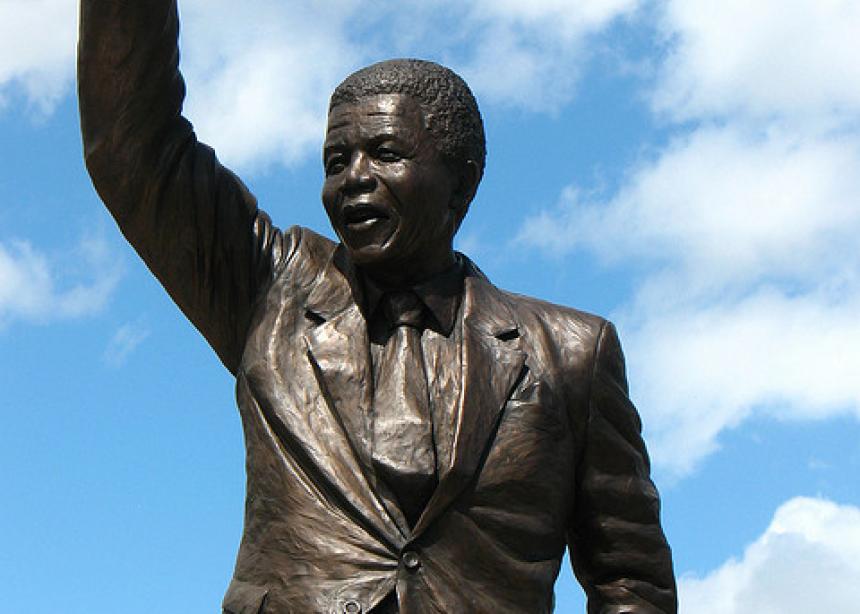 The world seemed very different when I awoke last Friday morning and heard the news: “Mandela is dead.” I first heard about it in an e-mail from a friend in Canada who, so he told me, saw the headline while reading an article I had written in 1994 at the time Mandela was inaugurated as president of the new South Africa.

He reminded me of what I had said at the time: “At the centre of it all was the national icon—a prisoner become president, a man of stature and humility who, like few contemporary world leaders, including those who had come to pay him homage, commanded the respect of all and the love of many.”

It is now almost twenty years later, twenty years after apartheid was officially consigned to the dustbin of history, twenty years of living as if on a roller coaster, with high moments of great excitement and achievement, and low moments when we feared that all our hopes were being dashed. But always somewhere at the centre though increasingly in the background was the prisoner who became president, the towering figure of the man who had, for too brief a time, led our country out of the wilderness into a land full of promise.

Now he is dead and the world that came to pay him homage when he became president has returned in even greater numbers to pay their last respects. His death came as no surprise, but it was still a shock to the system, for it signalled the end of an era, but much more, the end of a life that has become an icon or symbol of true greatness, of humble leadership, of justice and reconciliation. Some are even referring to Mandela as a messiah sent by God to deliver us from bondage! In fact, I think this is what President Obama was telling us at the memorial service.

Today, as we listen again to the story of John the Baptist preparing us to celebrate the coming of Jesus into the world as the true Messiah, I want to ask whether it is appropriate to talk of Mandela also in these terms.

The term Messiah is for us Christians so exclusively associated with Jesus that it is difficult to think of anyone else in these terms. So we cannot use the world lightly or thoughtlessly when we speak of him in this way. In the Bible the word Messiah means “the Lord’s anointed.” In the Old Testament, it is often used to describe those chosen by God to fulfil his purpose of liberation and redemption—like Moses, who led the slaves out of the bondage of Egypt to the new land of promise. But many others in the Old Testament are referred to as those anointed by God, whether prophets like Elijah or kings like David. Even Cyrus, the pagan Persian king who allowed the Jewish exiles to return from captivity and rebuild the Temple in Jerusalem, was called the Lord’s anointed or messiah. So I do not think it is inappropriate to refer to Nelson Mandela as a messianic figure whom God raised up to lead our country from the bondage of apartheid into a new day of freedom.

But it is also dangerous to speak of any leader as a messiah, especially those who make such pretentious claims. Adolf Hitler immediately comes to mind as the great false messiah of the twentieth century, though he is only one of many others who have been instrumental in crimes against humanity. There are too many would-be messiahs active in the world today!

Jesus warned his followers about “false Messiahs,” leaders who claim to be God's anointed ones, but who actually lead peoples and nations along paths of destruction. “Beware that no one leads you astray,” Jesus said, “for many will come in my name, saying, ‘I am the Messiah!’ and will lead many stray” (Matthew 24:1-8). Even Jesus himself was cautious in being heralded as the Messiah. So we should beware of leaders, whether political or religious, who make boastful claims to be the servants of God but who in the end take us and the world down paths that lead us away from the truth, away from justice, and too often into destruction.

That was not Mandela's way, and therein lies his greatness. He would never have claimed the title of Messiah for himself, or thought of himself in that way. He lived and acted with the kind of humility, compassion and self-service that allows us to refer to him as a messianic figure, a true liberator, an agent of God's justice, peace and reconciliation, someone who, through his life, words and deeds, points towards Jesus and not to himself as the true Messiah.

During Advent we are reminded of the words of the prophets like John the Baptist who foretold the coming of the true Messiah and in doing so described the character of such a Messiah and what he would do. And then in the fullness of time the shepherds heard the sound of the angels: “Do not be afraid; for see—I am bringing you good news of great joy for all the people; to you is born this day in the city of David a saviour, who is the Messiah, the Lord” (Luke 2:10-11).

The birth of the true Messiah brings great joy to people, it takes away their fears and gives them fresh hope and courage, pointing to a future that will usher in justice and peace for all. This is what Mandela has done for us, and in doing so he helps us understand better what it means to proclaim Jesus as Messiah and Lord. For Jesus came that we might be set free and come to know life in all the fullness God wants to give us. This is why we celebrate and give thanks today for Mandela's life and legacy, the father of our nation, and why we express such joy amid our sadness. 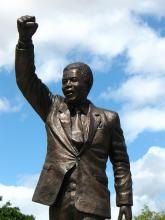