Making room for faith in the corporate world

CEO of the Winnipeg Airport Authority draws from his Mennonite heritage 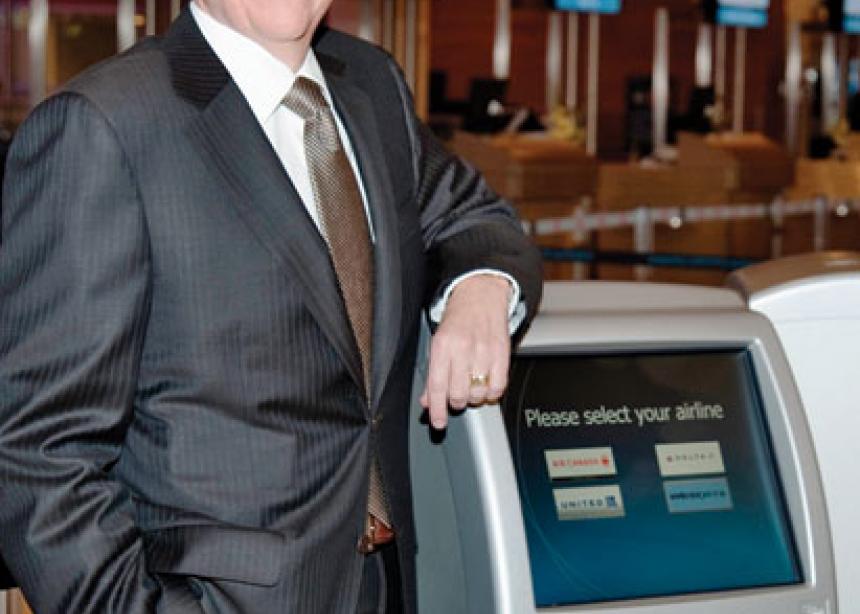 Barry Rempel is pictured in the new terminal building at Winnipeg’s Richardson International Airport on the day of its opening, Oct. 30, 2011.

“Do your best to present yourself to God as one approved, a workman who does not need to be ashamed and who correctly handles the word of truth” (II Timothy 2:15).

These are words that Barry Rempel’s grandfather instilled in him as a child and words that he carries with him in his job as chief executive officer of the Winnipeg Airport Authority. For more than 10 years Rempel has been overseeing a burgeoning aviation corporation that employs more than 24,000 people. Most recently, he oversaw the completion of the new airport terminal, “the largest construction project that has ever happened in Manitoba, at $600 million,” he says.

Rempel is unabashedly Christian, acknowledging that unless he maintains a close relationship with Christ, “the spokes of my wheel, no matter how strong they individually are,” are insufficient to carry him. Nurturing the “hub,” that relationship to Christ, is central to him.

Growing up in a Mennonite family, Rempel has roots in Mennonite Church Manitoba. In 1969, the family moved to Vancouver, where his father was the director of maintenance for Air Canada.

Rempel started out in maintenance and eventually took time off to get a business degree. He feels very fortunate to be one of the few who brings a well-rounded background of aviation experience to his po-sition, having spent 27 years with an airline before switching to the airport side of the business. “I got to do almost everything except be a pilot,” he says, including working as a flight attendant.

The lessons of servant leadership that he learned from his grandfather and the Mennonite church are central to his understanding of his role and the vision he brings to the aviation industry. “They are biblical principles that have stuck with me throughout my career,” Rempel says. “Our values of respect, integrity and service are consistent with the ministry that Jesus extended to people.”

At times the business of faith has not intersected easily with the business of the world. It is “difficult in this day and age in Canada because you cannot be seen as being the preacher or be seen to be leading for the purpose of converting people to your way of thinking,” he says. “The only way allowed in today’s environment is to inspire people to a vision of common good. I hope to lead by example and then hope people ask me about my faith.”

One resource that Rempel says has been helpful in dealing with these challenges is “a group of people in similar positions like myself—presidents of companies, people that hold positions with a fair significance on others. Originally we were a group of eight, six of whom were Mennonites.” This group meets together regularly to share experiences, learn from each other and bring their faith perspective to the challenges they face.

Presently Rempel attends Grant Memorial Baptist Church. “At Grant I realized there was a connectivity with a broader cross-section of the Christian family,” he says. “I started to learn things there that I didn’t appreciate until I went there.”

One of those things was the question of military involvement. Because of his community service, Rempel was asked to be honorary colonel for the 17 Wing of the air force several years ago. “Before I could answer that, I really really struggled with the pacifism position I had been brought up with,” he says. “I knew what I had been taught, but never understood how it works in the real world.”

After sharing his struggle with his support group and Mennonite businessman Art DeFehr, Rempel decided to accept the position. “I’ve learned there isn’t one of the senior officers in the military that wants war,” he says. “They believe their role is to maintain peace and this is where my thinking was simplistic, I think. At what stage do we allow evil to continue unchallenged and how do we best challenge it?” 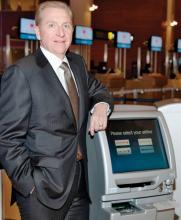 Barry Rempel is pictured in the new terminal building at Winnipeg’s Richardson International Airport on the day of its opening, Oct. 30, 2011.

Hello. I am interested in hearing more about what Barry Rempel instituted in his Airport Authority to inspire greater faith in his employees.

There is a great need in the corporate world for faith, hope, and love in Christ - but a great deal of fear due to misconceptions about religion.