“Refugees have always been of particular concern to me, because in 1930, before I was born, Canada accepted my parents and their five children as refugees from the Soviet Union,” says Rudy Wiebe. 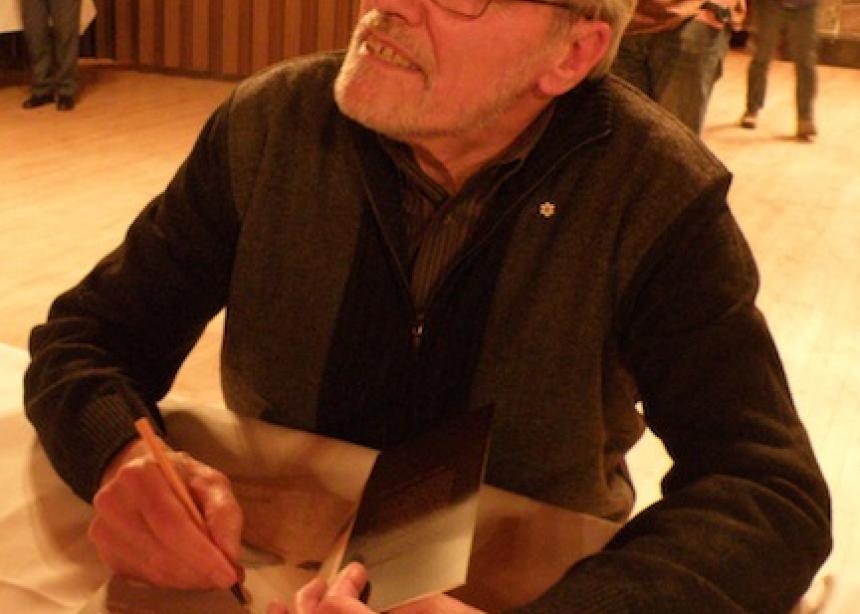 On Nov. 10, independent bookseller, Greenwoods Bookshoppe, hosted a book launch for Rudy Wiebe’s newest book; Collected Stories/1955-2010 at Edmonton’s Oldtimer’s cabin, a log cabin maintained by the Northern Alberta Pioneers and Descendants Association.  It was Wiebe’s idea to use the event to raise funds for EMCN. In planning the event with Gail Greenwood, Wiebe said; “why not charge some admission and make it a benefit for what I think is a most worthy cause in Edmonton.” Retired EMCN chair, Rod Wilson, helped organize the event which netted $300 in donations.

Asked why readers of the Canadian Mennonite might pick up Collected Short Stories, Wiebe replied: “There's a life-time of writing here,55 years of my story interests in my place, my people. The opening story is about the historical Cree chief Maskepetoon, who was an amazing promoter of peace between the Cree and the Blackfoot people of 19th c. western Canada. Grant MacEwan called him "The Gandhi of the Plains.” In particular, readers ofThe Blue Mountains of China might be interested in the last three stories, which pick up the lives of major characters in the novel and bring them forward from 1967 to 2002.”

The Global voices choir, comprised of EMCN staff, current and former program participants, volunteers and community members, performed a Chinese folk song brought to the group by a choir member, and a piece entitled “Running” which tells a Sudanese refugee story. Global voices closed the program, leading the crowd of more than 100 in singing an iconic freedom song; “We Shall Overcome.” 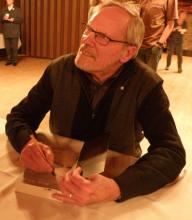