A lifetime of joyful service 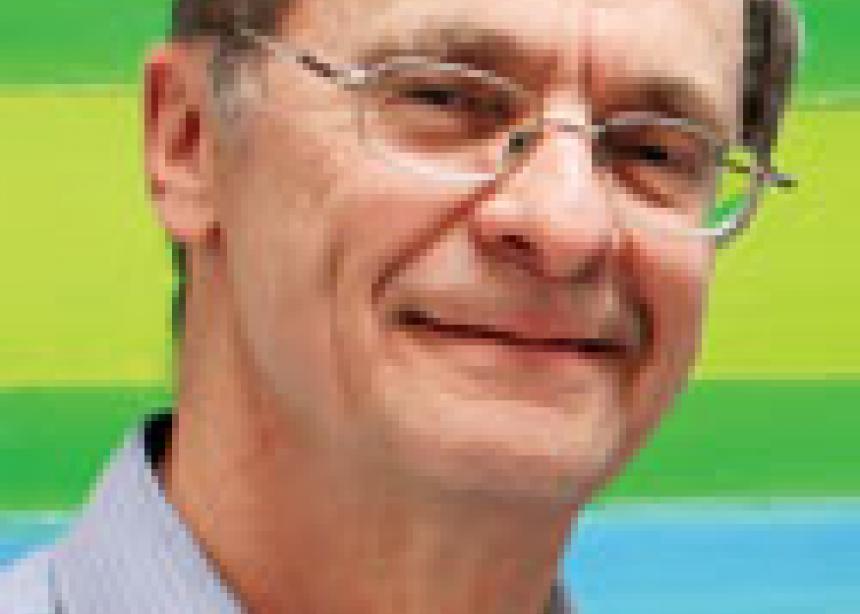 In 1979, Don Baergen was an orderly in a seniors home when a fellow church member tapped him on the shoulder. Would he consider a half-time salary/half-time volunteer position at a newly formed service agency for immigrants? His wife Joyce had a full-time teaching job, so he said yes.

Thirty years later, Baergen is still at the Edmonton Centre for Newcomers, working with and for immigrants, although the centre has grown and changed dramatically over the years. In Baergen’s words, things “just mushroomed!”

From a rented classroom and less than two full-time staffers, the centre has grown into the city’s largest immigrant service agency, with 150 staff and a budget of more than $7 million. Baergen now works full-time, supervising a number of staff as the manager of settlement integration programs.

“It was ’81 when we started, May, and they were pretty sparse beginnings,” he recalls. “Our first place was Spruce Avenue School. . . . One office desk, an empty classroom with kind of an office attached to the classroom, one desk, one phone and a couple of chairs . . . and endless work. . . . Initially [my] title was office administrator/volunteer co-ordinator, a combination of things. It became quite a generic position.”

Anne Falk, a nurse and Mennonite Central Committee volunteer for six years in Vietnam, was the full-time settlement coordinator, working directly with the many Vietnamese newcomers to Edmonton in the 1980s. Falk spent much of her time out of the office with clients, helping to negotiate the medical and legal confusions of immigration.

“It’s not that much different than what we deal with now,” Baergen says. “It was just that there weren’t that many agencies at that time to help immigrants and we were one of the few.”

An idea of how hard Baergen and Falk worked is apparent in the history book, A Celebration of Service: The Story of MCC Alberta 1965-1991, in which Falk wrote about that first year: “There were 2,611 contacts with clients by a staff of only 1.5, an average of 328 per month. A total of 66 Mennonite volunteers assisted an additional 80 Vietnamese immigrant families. The staff made 739 contacts with the volunteers to coordinate their work, an average of 92 per month.”

The need for immigrant services has never stopped growing. After 30 years of seeing programs, staffing and facilities change, Baergen still feels a sense of belonging. “I think I’ve always had a sense of calling to do this work,” he says. “It’s been more than just a paid employment . . . but a sense of being able to use gifts. I see that I have some gifts of helping and of service, and that’s been a great opportunity for me to match those gifts with a place.”

The work supervising in an environment of diversity is a significant challenge. With more than 30 different cultural groups represented on staff, communication can occasionally be difficult. “It does take a little more time, sometimes, to come to a consensus on things,” he acknowledges. “There’s quite a bit of learning that happens with staff that are quite new.”

Baergen is excited about the learning opportunities that abound for everyone connected to the centre, saying that he enjoys “seeing the growth and learning that happens for staff.” He enjoys their sense of satisfaction and accomplishment when they help somebody. “Then I hear about it,” he says with a smile.

He is energized when clients gain self-confidence and integrate into Canadian society. “For me, it’s been a big learning journey as well,” he says. “I’ve never travelled outside of North America . . . but I think having all those cultures, all those countries coming here, getting a taste of some of the culture traits and foods and all of that, it’s been very enriching for me.”

The Edmonton Mennonite Centre for Newcomers provides an ideal workplace for Baergen, a member of Holyrood Mennonite Church, Edmonton, along with his wife, to use his gifts, share his faith and practise the biblical admonition to welcome strangers and show love for neighbours.

While the connection between work and faith is clear for him, Baergen doesn’t see this connection as limited to those working only with immigrants. “I think as a Canadian society we are becoming much more intercultural in our workplaces,” he says. “I would say in most workplaces there are opportunities to reach out to newcomers, immigrants from various cultural and faith backgrounds, and I have found there’s just a real openness from people to share their culture, share their faith, their experiences. I think we have a wonderful opportunity as a faith community to really look at missions right within our own circles, our own neighbourhoods.” 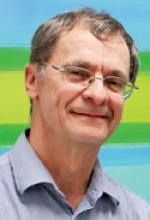