A lifelong joy of words 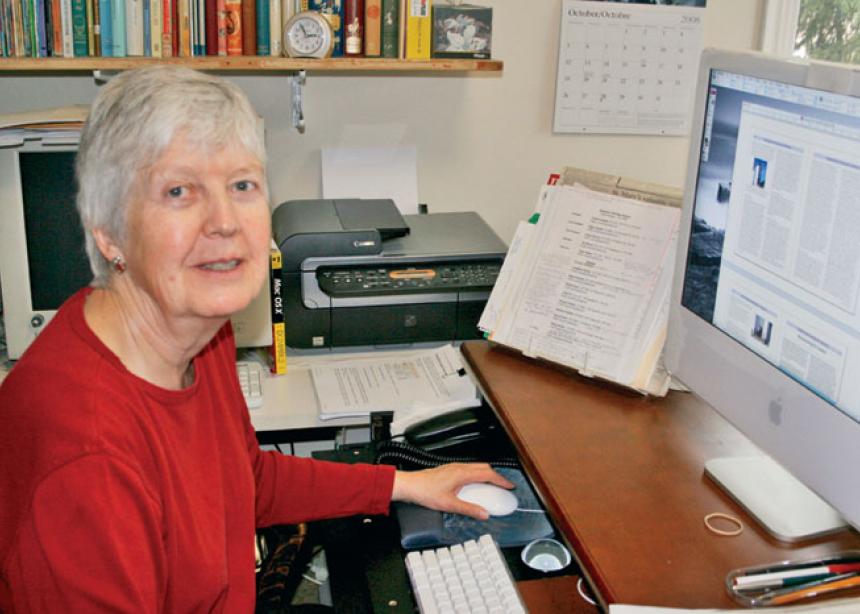 If you open the front cover of the Merriam-Webster’s Primary Dictionary, you’ll find acknowledgement of Victoria Neufeldt’s contribution in the preface. Lively illustrations make the book visually appealing and invite children inside where they can learn and discover the joy of words.

The joy of words is what initially led Neufeldt, a member of Saskatoon’s First Mennonite Church, into language studies. Now several years into her retirement, Neufeldt looks back on a long and varied career in linguistics.

The middle of three children, she grew up, as she puts it, “all over Saskatchewan.” Although raised Mennonite, Neufeldt did not experience a typical farm upbringing common to so many of her generation. Since the family often found itself in non-Mennonite communities, her parents attended the nearest church regardless of denomination.

Finally settling in Saskatoon in her teens, Neufeldt attended Nutana High School. University followed, earning an honours bachelor of arts degree in English and German. After graduation, she spent a year in Germany on an exchange scholarship and then spent another year working as a reporter for the local paper. She then went back to school, this time for her master’s degree.

A second trip—this time to Colombia with Canadian University Service Overseas—provided her with valuable experience teaching literature to fourth-year students at the university there.

“Some students came from illiterate families,” she recalls, lamenting that, while she could see the academic potential in her students, she knew they would never go further because of financial constraints.

Returning to her hometown again, Neufeldt found herself back in the classroom in the English department as head of the English as a Second Language (ESL) program at the University of Saskatchewan.

“I was the only teacher,” she says, adding, “I developed the curriculum.”

The expectation for faculty at the University of Saskatchewan at that time was to get a Ph.D. within three year to secure their jobs. “If you didn’t have a Ph.D. by then, you were not going to get tenure,” she says.

In 1970, Neufeldt was accepted for studies at the University of Toronto, Ont., where she specialized in linguistics. Right away, she found herself up against a roadblock. “U of T made me take a second masters,” she says. Because she was shifting from language studies to linguistics, she had some courses to make up, so it took her an extra year to finish her doctorate.

By then, jobs were scarce in the academic world, and Neufeldt wanted to teach. “I applied to every university that had even one linguistics course,” she says, “but nobody was hiring.”

Finally, she heard about a job with Gage Publishing in Toronto, and applied there out of desperation.

“I didn’t even know there was such a thing as lexicography,” admits Neufeldt of the work of producing dictionaries. While at Gage, though, she worked on three volumes in the Dictionary of Canadian English series.

After a decade of writing dictionaries for Gage, she took a job working for Webster’s New World Publishing in the U.S. Initially, she didn’t plan to stay in the States for long, but a second opportunity came along eight years later in Springfield, Mass., when she was hired by Merriam-Webster.

Her return to Saskatchewan in 2006 coincided with the publication of a children’s dictionary whose idea belonged to Neufeldt. Specifically geared to five- to seven-year-olds, the purpose was to introduce children to dictionaries and prepare them to use one. Lively illustrations and childish jokes make the book visually appealing and enticing for young minds.

She originally approached Hertig Publishers in Edmonton, Alta.,  to see if there was any interest in such a work. “[Mel Hertig] was the only Canadian publisher who would even have taken on something like that,” she recalls, knowing the profit-hungry nature of publishing and the small profit margin of dictionaries.

In the end, Merriam-Webster agreed to develop her idea.

“Most publishers choose stuff they can flog in the United States,” she says, going on to explain that Canadian publishers will even regularly use the American spelling of words so as not to offend American sensibilities. The idea exists in the publishing world that Canadians don’t care, she says.

At 71, Neufeldt now spends her days editing The Historian, a magazine published three times a year for the Mennonite Historical Society of Saskatchewan, and enjoying time with her friends and family. 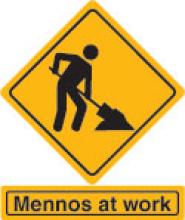 I would very much like to get in touch with Victoria Neufeldt (re The Historian, published in Saskatchewan). She was my English professor in Colombia.

Thank you for your help,