A life of commitment and challenge 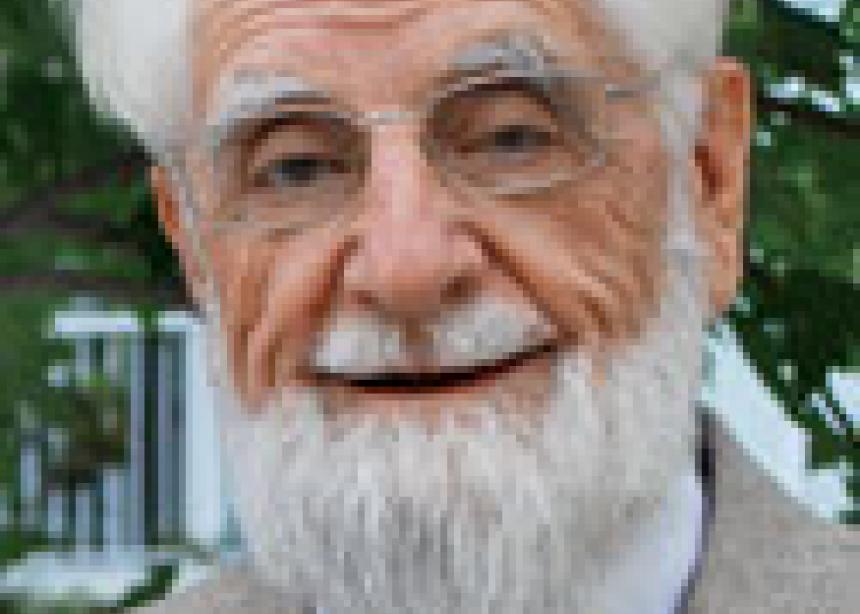 Farming and education were two lifelong passions for Aaron Klassen, according to his daughter Sherri, who shared parts of her father’s life story and the “twists and turns” of his work life at his funeral in Kitchener on April 23. “Even more important than his work identity,” she said, “was his life in the Mennonite church community.”

His early years were shaped in the farm communities of Halbstadt and Homewood, Man. As the oldest son of David D. and Susan Klassen, he, along with some of his 14 siblings, had farm responsibilities from a young age since his minister father was often not at home. At 20, Klassen bought his own farm, which provided a touchstone and a source of income over the next 20 years as he pursued a variety of educational and work interests.

Although he had not completed high school, Klassen graduated from Canadian Mennonite Bible College, Winnipeg, Man., and from Bethel College, Kan., and then took several terms at Mennonite Biblical Seminary, Chicago, Ill.

Then, “in the spirit of trying anything reasonable once”—a phrase from his partially completed autobiography—he accepted calls to serve as a Bible school teacher and principal in Abbotsford, B.C., for a year, and as Mennonite Central Committee country director in Mexico for two years, all the while managing the farm back in Homewood.

Education beckoned once again. This time it was two years of graduate studies in history at the University of Chicago. While there, he found his voice as an active and concerned lay person in the church by writing his elders to protest the firing of a teacher from Canadian Mennonite Bible College. Also while in Chicago he accepted the invitation from Frank H. Epp, then editor of the Manitoba-based The Canadian Mennonite, to serve as interim editor during Epp’s study leave.

Klassen married Helen Heinrichs of Toronto in the summer of 1959, and they then moved to Altona, Man., where they lived for several years. They then moved back to Toronto for five years, during which time Klassen taught high school and sold real estate.

In 1966, they moved to Kitchener and became active members of Stirling Avenue Mennonite Church. For the next 40 years, Klassen’s work included real estate in both the residential and farm sectors, managing Provident Bookstore, and running a group home together with his wife.

Woven through Klassen’s work life were many wider church involvements. In 1971, he was part of a group that advocated for the formation of a new periodical when The Canadian Mennonite discontinued publishing in February 1971. As a result, the Mennonite Reporter—precursor of the current Canadian Mennonite publication—was started in August of that year, with offices in Ontario.

As chair of the Mennonite Central Committee (MCC) Ontario board for eight years, he represented the provincial organization at both MCC Canada and MCC Binational meetings. He served on the Conrad Grebel College board for six years and for some years on the property and finance committees of both the former Conference of Mennonites in Canada and the former Mennonite Conference of Ontario and Quebec. And he was involved in supporting projects and attending the conventions of Mennonite Economic Development Associates.

In both his wider church and congregational involvements, Klassen was a leader not only through the official positions he held, but in how he lived his faith and how he related to both young and old. He resonated with the Franciscan benediction posted in his home office: “May God bless us with discomfort at easy answers, half-truths, superficial relationships, so that we will live deep within our hearts. May God bless us with anger at injustice, oppression and exploitation of people, so that we will work for justice, equity and peace . . . .”

In a memorial tribute the Sunday after the funeral, a younger member of Stirling described Klassen as having “the curiosity of a two-year-old, the mischief of a 13-year-old, the adventure of a 20-year-old, but the wisdom of a 90-year-old.” He reported that several individuals who crossed paths with Klassen through denominational work and other church-related activities described him as unconventional and on the edge. “This at times is threatening to others in the church. However, Aaron’s commitment, humility and humour allowed him to challenge us,” he said.

Klassen shared his faith story during one of this year’s Lenten services at Stirling. A young person commented later: “It was so great to hear Aaron say he still hasn’t figured it all out regarding his faith.”

Less than a week before his death, he took great delight in joining his grandson for a walk around the farm that he had just bought. 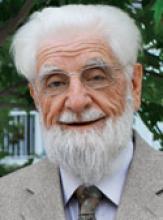