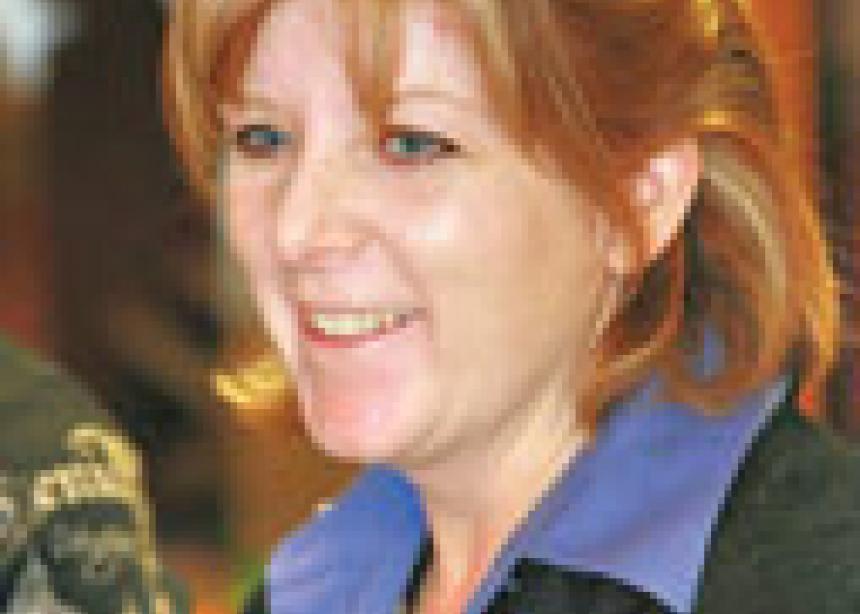 “Our churches need to continue to counter this growing trend,” she said. “What if congregations actually welcomed family units, bringing them together as communities of formation?” the associate pastor in charge of children’s ministry at Waterloo North Mennonite Church, Waterloo, posited as she confessed the reality of her own church as one where “families split up and go their separate ways” when entering the church doors.

Her suggested shift from education to formation “turns our goals from something that happens solely in a classroom to something that is modelled by the entire community in the context of faith,” she said, basing her remarks on Deuteronomy 6, when Moses tells the Israelite parents to “recite God’s commandments to your children, talking about them at home, when you are away, when you rise and when you lie down, binding them on your forehead, fixing them as emblems and signs, and writing them on the doorposts.”

In today’s culture, when adults—especially parents—are weary of the week’s activities, she said churches have “enabled children’s disengagement by bringing activities, food, books, and yes, electronics, so that they sit quietly [in church], rather than participate.”

But children need to be viewed as contributors to worship, with adults capturing their spontaneity and lack of inhibitions, and coupling that with their inherent spiritual inclinations, to add rich texture to corporate worship, she suggested.

“Why do we assume that listening to someone else speaking is the most important way to be in worship?” was another of her critiques, while questioning the assumption that all adults learn this way. “While children might act out, adults can daydream without anyone realizing that they are no longer engaged, that they have “tuned out,” she said.

She challenged the MC Eastern Canada delegates to “pay attention to all of our senses and to all of our ways of learning as we engage in worship.”

She suggested that churches stand to pray and turn in different directions, act out a Scripture passage rather than just read it, and insist that Scripture remains at the heart of what the church does together, to become “a meeting place where we encounter powerful stories of the Bible given to us for the transformation of life.”

In noting a shift from understanding the Bible as a book full of “unquestionable morals and absolutes, to a living, breathing book from which there is always something to experience, understand, learn, play and think about,” she promoted the present Mennonite curriculum series, Gather ’Round, saying the Bible-based study for nurturing children, youths and their families is “awesome and easy to use.”

She cited two events in her own congregation that she considers formation for the children and youths: a weekly Thursday evening activity called Logos and the staging this past Advent season of The Best Christmas Pageant Ever.

In one Logos event, participants are asked to slowly walk through a labyrinth with an unlit candle to the sound of meditative music. Once in the centre, each child receives a blessing and a lighting of the candle.

“A normally rambunctious group of children calmed themselves and embodied God’s transformative power at work through this spiritual discipline,” she said.

And after putting on the intergenerational Christmas pageant, Carr-Pries said a child told her, “This was the first time that I really felt like I belonged here, and what I did and said mattered.” 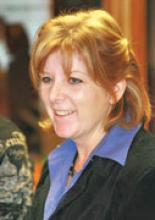