At least there is hope for a tree! 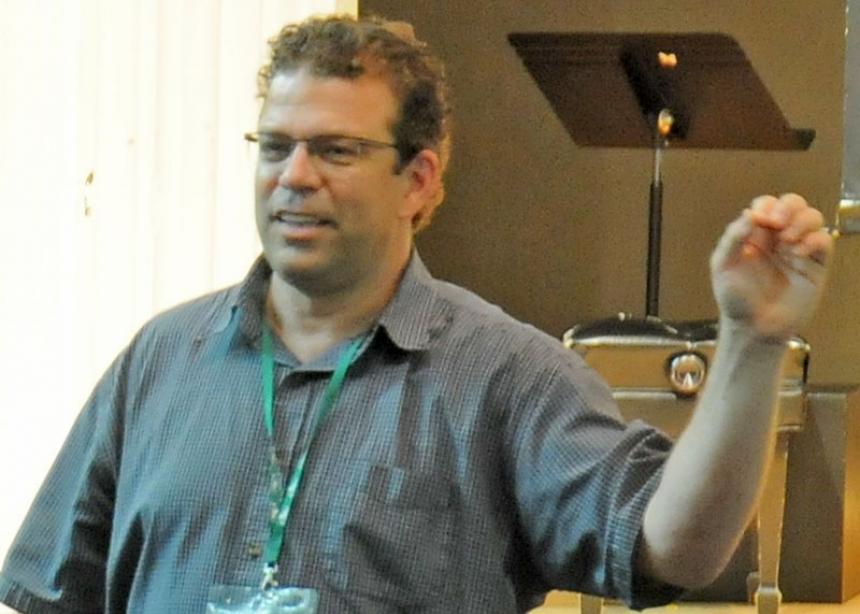 At a corner of Ellice Avenue and Marilyn Street in Winnipeg, the neighbourhood association erected four sheets of plywood and painted them with chalkboard paint. The phrase, “Before I die I want to _________” invited passersby to fill in the blank with their own wishes. Many responses expressed deep desires for meaning and purpose.

Seminar leader Doug Klassen, pastor at Foothills Mennonite Church in Calgary and a member of the Faith and Life Committee of Mennonite Church Canada, reminded participants that people don’t often stop at the corner of Ellice and Marilyn to ponder the profound things, the things that deeply touch their and other’s lives.

Klassen suggested that, while people need to take time to create denominational statements and plan structures and programs, they can’t make the mistake of thinking that those things are enough. Referring to a popular TED Talk, on the importance of “why” questions, Klassen said that people are not motivated to caring action by having data and asking “what” and “how” questions. “Few organizations, including the church, talk about the why,” he said. “When you get to the why questions, everything can spin out of there.”

Klassen invited participants to answer the question, “Where is God at work in your church?” asserting that “God gives a passion and a vision to every congregation!”

Participants told of connections with the local community and with causes that matter to people in the church.

Listeners had to wait until the end of the session to hear the reason for the seminar title. Klassen told one last story of a funeral he had conducted for a young person. People were questioning God about the accident that had caused the death and were asking for hope in a dark time. At a loss of words, Klassen recalled Job, who, in the midst of his questioning, could affirm, “For there is hope for a tree, if it is cut down, that it will sprout again, and that its shoots will not cease” (Job 14:7).

MC Canada churches will find comfort and strength as they ask hard questions of meaning and purpose. 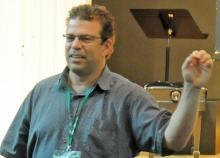