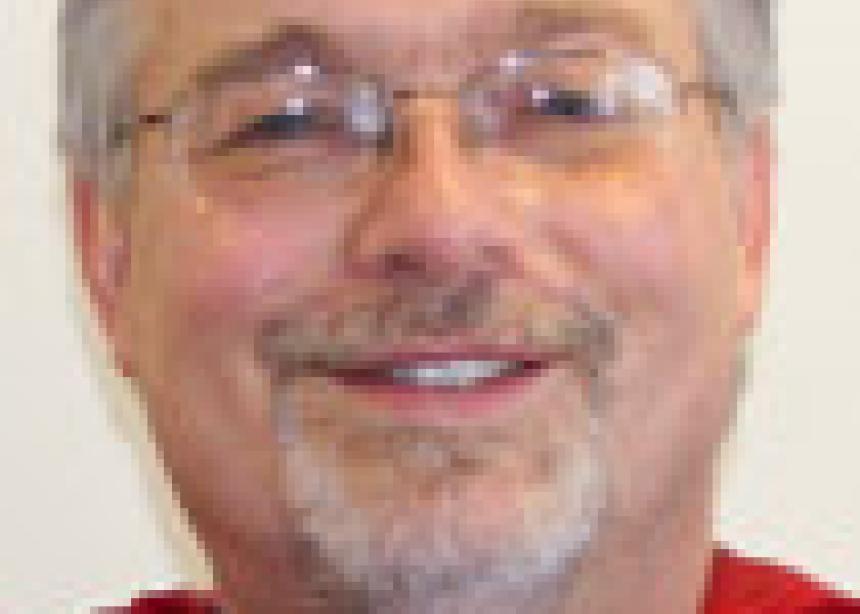 “Christian leadership always involves understanding God’s leadership. Father, Son, and Holy Spirit are deeply in communion with one another, showing unity in diversity, never vying for power, and inviting others into their community,” Boers said. “Our priority is to give ulti-

mate allegiance and obedience to this God. Our God reigns. God practises leadership through sacrifice and self-surrender. Jesus washed feet and died on the cross. We are called to that leadership style.”

The endowed Chair of Leadership at Tyndale, one of the few of its kind in North American theological schools, aims to foster excellence in leadership in the church, Christian organizations and the marketplace.

“We are delighted that Arthur Boers has joined the Tyndale community in this critical position as the Chair of Leadership,” said academic dean Janet Clark. “Throughout his life, Boers has demonstrated a capacity for keeping one foot in the world of frontline leadership and ministry, and the other in the scholarly world of teaching and writing. His holistic perspective will be an enormous asset to his teaching and research roles as Chair of Leadership, as well as to his oversight of the Tyndale Centre for Leadership.”

Boers’ writing and publications have established his public reputation as a creative and thoughtful scholar. He is an award-winning writer who has published hundreds of articles and reviews in a va-riety of journals, as well as six books, including The Way is Made by Walking: A Pilgrimage Along the Camino de Santiago (InterVarsity, 2007), and Never Call Them Jerks: Healthy Responses to Difficult Behavior (Alban, 1999).

A Canadian by birth, Boers brings to the post a rich understanding of the particular challenges of Christian leadership in the Canadian context. His public leadership skills and pastoral experience equip him to relate to a broad range of people both inside the academy and outside in the broader constituency.

Boers is a graduate of several universities, including Northern Baptist Theological Seminary, where he earned his doctor of ministry degree. He holds three master’s degrees, including a master of arts in peace studies from AMBS.