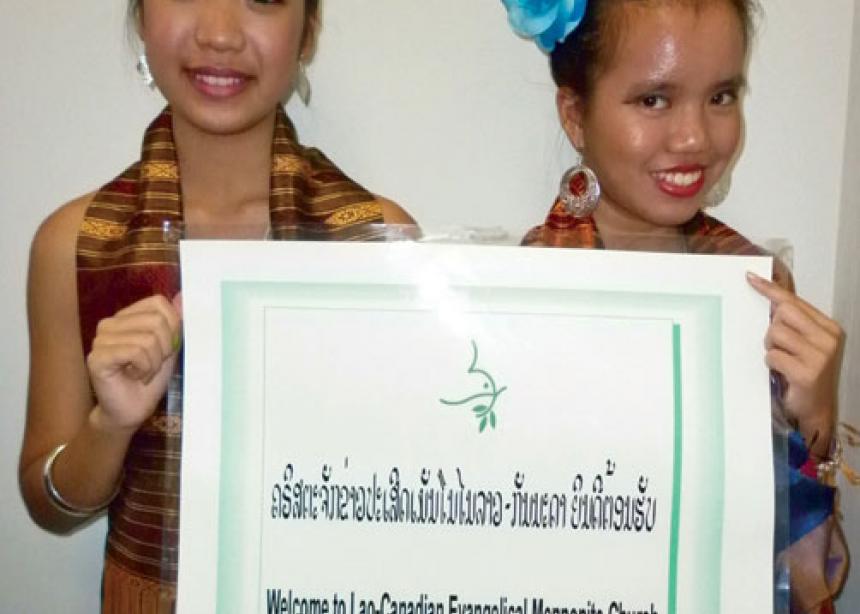 Why would several hundred people enter a storefront on Finch Avenue West in northwest Toronto late in the afternoon of Sept. 26? Not to get a haircut; that’s next door. No, these people were gathered to celebrate.

Located in a mall alongside offices and amidst an assortment of commercial activity, Lao Canadian Evangelical Mennonite Church—home to more than a dozen families—hosted a dedication and grand opening ceremony of its new 185-square-metre worship and community facility.

“Many miracles have happened in this tiny congregation,” said Chinda Kommala, one of the pastors. “We trust totally in God and in our brothers and sisters in the Mennonite family.”

Established as a Mennonite Church Eastern Canada congregation in September 2004, the Lao church began in a living room. The meeting place was later moved to a warehouse, but the people soon realized that space wouldn’t do and expanded their vision. The Lao congregation sees the purchase and use of this space as part of its calling, as disciples sent into the world.

The Lao church has “opened her doors to serve the Lord in the community,” said Kommala.

Marvin Boettger travelled halfway across the country to bring greetings and a blessing from Salem Mennonite Church, near Tofield, Alta. Thirty years ago, Salem helped sponsor refugees from Laos who are now leaders in the church. Other church partners from across Ontario who have shared and supported the vision participated in the celebration as well.

“As followers of Jesus you are a sent people,” said MC Eastern Canada mission minister Brian Bauman, sharing a message of encouragement to the gathered body on behalf of the area church. “You will gather here, but the ministry and mission of this church is out there.”

Playing on the words of Jesus to his disciples in John 17:18, Bauman encouraged the church, “As God the Father sent Jesus into the world, Jesus sends the disciples of [Lao Canadian Evangelical Mennonite] into the world.”

It took zoning changes, public hearings and a lot of donated money over a two-year period to convert the former repair shop into a place where immigrant Laotian families and Caucasians of German/Russian descent now mingle, according to Dale R. Bauman, vice-president of MAX Canada who is the new congregation’s board chair and preacher on the first Sunday of each month.

Bauman told Canadian Mennonite that the church received a grant of $150,000 and an interest-free $50,000 loan for five years from MC Eastern Canada, while Join Hands (formerly Mennonite Men—now joined with Mennonite Women) gave another $40,000. All this, with a $135,000 mortgage from Mennonite Foundation Canada, “helped to bring it all together,” he said.

With files from Dick Benner, editor/publisher of Canadian Mennonite. 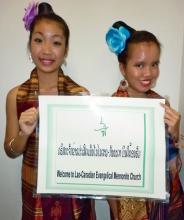