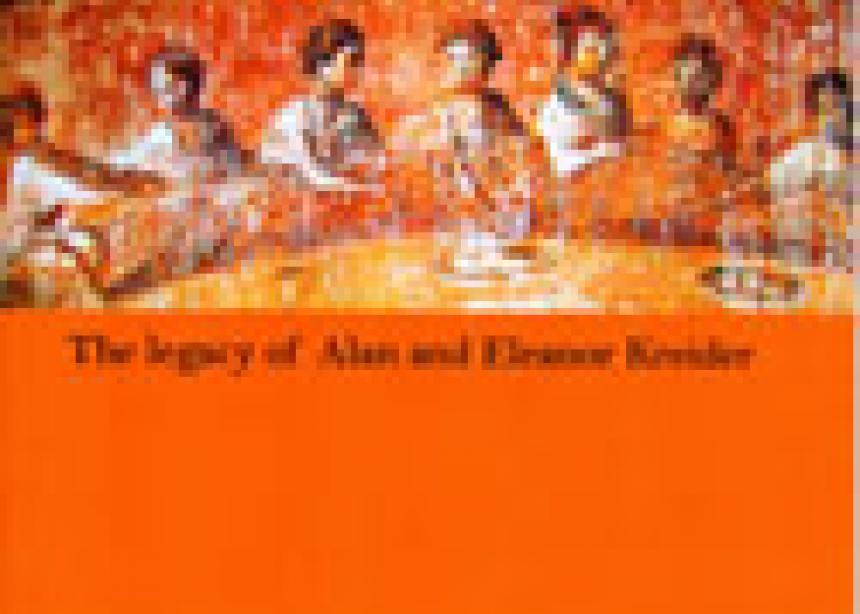 Scholars are often honoured with a festschrift at the end of their careers wherein colleagues write scholarly responses or extensions of the honoured scholar’s life work. Lay people read such works as often as they read the scholar’s original doctoral dissertation—generally never. When the Kreiders got wind of this project they requested, “Please make of any such piece something that builds the church, something rooted in the daily reality of God’s people, something that equips and empowers followers of Jesus to live out more faithfully their calling as active participants in God’s reconciling mission in the world.” Krabill and Murray have worked at this in several ways—many of the respondents are common church folk and leaders, not scholars; the themes are immensely practical to the church in North America as it finds itself becoming more and more marginalized in an increasingly post-Christendom society.

Each section begins with an extended quote from the Kreider’s work over the years, which is then responded to by a variety of writers. As in a festschrift the writers respond to and extend the themes, but often describe how the theme has been lived out congregational life and ministry.

The overarching theme for the Kreiders, and this book, is that God’s mission has a church. As some respondents note, the church is not God’s only tool in carrying out God’s mission in the world. The missio dei is, as Kreiders note, “In all these dimensions—humans with God, humans with other humans, humans with creation—God’s project is shalom, an all-comprehending wholeness (Col. 1:20). God’s mission is peace . . .”

Building on the interlocking themes of theology (Alan) and music and worship (Eleanor), this book notes that the church needs to both inhale—worship—and exhale—go out into the world to act in the many ways God is already at work: speaking the good news, making peace, creation care, reconciliation, wholeness for the marginalized, and on and on.

The book covers much the same ground as Kreider’s Worship and Mission after Christendom (Herald Press, 2011), but the addition of the many other voices in this work, especially the “on the ground” reports from many leaders and lay people, fleshes out the theme of the missio dei for congregations and leaders in North America. Kreiders’ many years in Europe allow them to see the fall of Christendom as a gift to the church, healing us of the dependence on the power of society and the state to make our case for God’s healing work in the world.