Kony 2012: Now that we have your attention

Non-governmental organizations like Project Ploughshares are working hard to get people to show their support from the grassroots up for a strong and effective Arms Trade Treaty, which aims to stop atrocities fueled by irresponsible arms transfers. You can help by adding your voice to the Speak Out campaign. 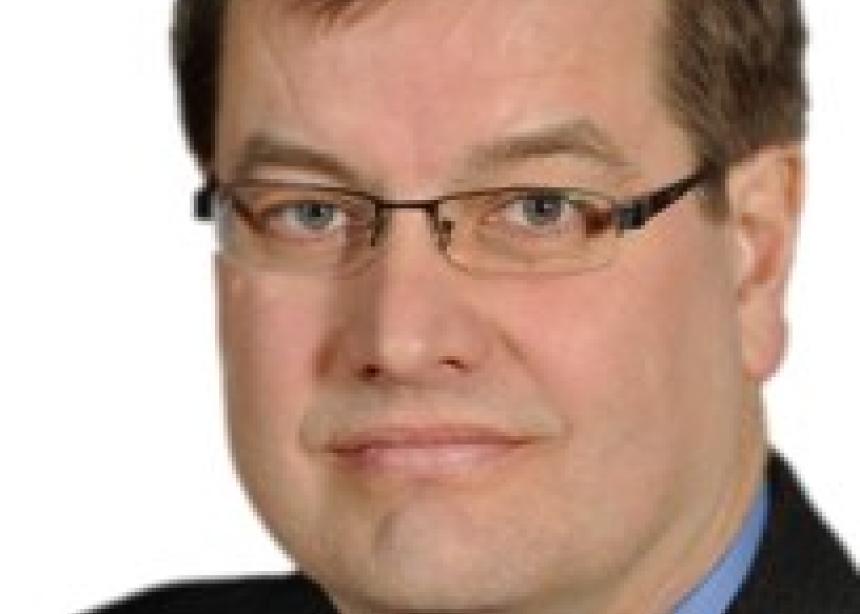 No sense just piling on.

The Kony 2012 viral video has elevated awareness of Joseph Kony and the Lord’s Resistance Army in Africa to stratospheric heights. Over the past few days the critics have weighed in, including many Ugandans. And the folks at Invisible Children, who created the 29-minute video, have responded.

We all want the source of insecurity addressed—yes, Kony needs to be stopped—and sustainable security given the best chance possible in all the areas affected by LRA violence.

Like many others, I have tried to understand what Kony and the LRA are about and how best to stop their cruel madness. For me, this process has included interviews with former LRA captives both in Uganda and here in Canada; talking to International Criminal Court (ICC) investigators; and listening to Africans and others working with civil society organizations trying to address the fallout from abductions, murders, rapes, mutilations, and psycho-social traumas visited upon hundreds of thousands by the LRA.

Myriad experts have analyzed the attempts to negotiate or otherwise end the LRA violence since 1986.

Three points are worth repeating here:

1. The Kony 2012 video does not make clear that the LRA effectively stopped operating in Uganda in 2006. Kony and the LRA leadership originated in Northern Uganda, but have been roaming the inhospitable border zones of three neighbouring countries since 2008.

The LRA’s well-honed evasion tactics are aided by the immense and porous border regions bounding Uganda, South Sudan, Central African Republic and the Democratic Republic of Congo. Even if a military force were properly equipped and highly motivated to capture or kill Kony and other LRA fighters, it would be very difficult to locate and attack them.

An attack may also fail. Instructive in this regard is the Jan. 23, 2006 military operation that involved a United Nations force in Garamba National Park in the DRC.

“One senior U.N. official, who asked not to be named, said the contingent of 80 Guatemalan special forces troops were trying to capture or kill the LRA’s deputy commander, Vincent Otti, after locating his suspected camp. ‘It was an operation that went wrong,’ he told Reuters…’ They attacked but the LRA were dug in and more organized than people thought.’” (Reuters 31 Jan 2006). Eight special forces soldiers from Guatemala were killed in this raid.

2. Kony2012 leaves the impression that sustaining the U.S. decision in October 2011 to assign 100 Special Operations military advisors to Uganda’s military is the key to arresting Kony in 2012. In fact, a military-led solution aided by the U.S. may not be the best option for stopping the LRA.

Obama’s 2011 deployment of military assistance is not the first of its kind. Training and assistance to Uganda’s military, known as the Uganda People’s Defence Force (UPDF), has been going on for a long time.

In December 2008 the UPDF launched Operation Lightening Thunder to kill or capture Kony and his senior officers in Garamba National Park in the DRC. It failed and the LRA engaged in a brutal round of attacks on civilians in the DRC over the following months. All indications are that the LRA were tipped off and fled into the bush. U.S. military advisors worked closely with the UPDF on this attempt but took no blame for its failure. It is widely suspected that the source of the tip was the UPDF.

Why? The UPDF are part of the problem. Kony and the LRA have continued to evade the UPDF since 1985 in no small part because it is in the interests of the UPDF, and Ugandan President Yoweri Museveni, to neither capture nor kill them. Politics, money, and corruption go a long way to explain this.

3. Finally, arresting Kony and others in the LRA leadership and handing them over to the International Criminal Court is not a panacea.

By branding Kony an international war criminal the International Criminal Court in The Hague, in pursuit of a narrow understanding of justice, likely contributed to Kony evading arrest and destroying the opportunity for a peace settlement between the LRA and the Government of Uganda. Operation Lightening Thunder in 2008 took place after the collapse of the two-year Juba Peace Talks in which amnesty or alternatives to ICC prosecution were a major sticking point for Kony and the LRA. In the end, neither justice nor peace were achieved.

You can read further about this here: The ICC's Pursuit of the Lord's Resistance Army and the Limits of Criminal Proceedings.

So what can we do?

Not mentioned in the video is the key role that the pervasive presence in East Africa of small arms and light weapons makes to sustaining the murderous rampage of the LRA and other marauding groups. Currently the world is moving rapidly to the final negotiation of an international Arms Trade Treaty at the United Nations that can put firm rules in place to control and reduce the availability of guns to factions like the LRA.

Some governments are reluctant to put rules in place that will restrict their ability to profit from trade in weapons. Non-governmental organizations like Project Ploughshares are working hard to get people to show their support from the grassroots up for a strong and effective Arms Trade Treaty, which aims to stop atrocities fueled by irresponsible arms transfers. You can help by adding your voice to the Speak Out campaign.

The solution to stopping the LRA, in 2008 and now, may not be a military capture or kill of Kony and his senior commanders. Returning to negotiations may be the best solution. By increasing the protection of vulnerable civilians and luring away remaining LRA fighters with more constructive alternatives, a new opening for genuine and conclusive negotiations with Kony and the LRA leadership may finally end this nightmare.

I can’t wait to watch the video about that.

Project Ploughshares is an ecumenical peace centre of the Canadian Council of Churches and affiliated with the Institute of Peace and Conflict Studies, Conrad Grebel University College, University of Waterloo.