During the course of her six decades as a piano teacher she instructed students at all levels. 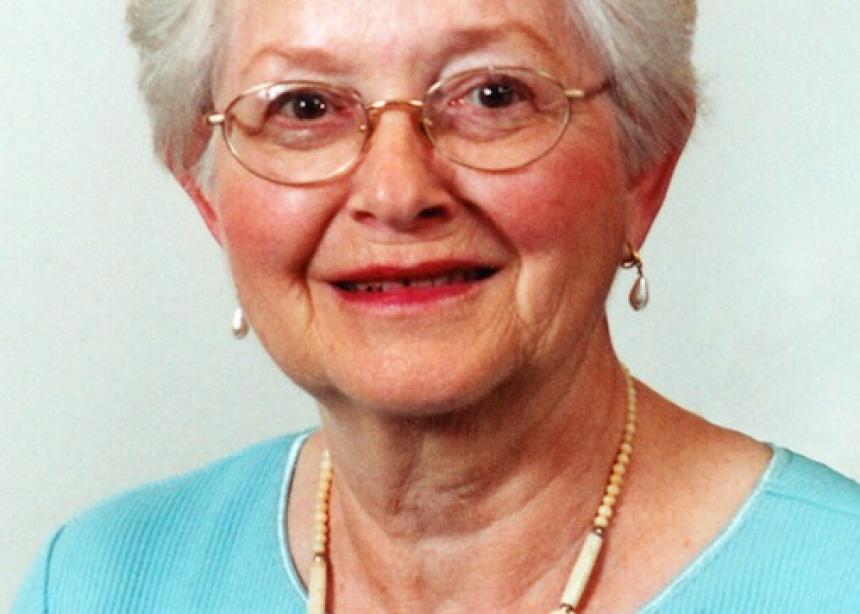 Kathryn Sherer, a pianist who instructed hundreds of students and together with her violinist husband performed around the world, died at home on Feb. 28 after a long illness. She was 79 years old and an associate professor emerita of music at Goshen College.

During the course of her six decades as a piano teacher she instructed students at all levels and, together with John T. O'Brien, launched the piano pedagogy program and the annual piano workshop at Goshen College.

"As long as I can remember there were students in the living room taking their lessons from my mother," said her son Michael Sherer, director of information technology systems at Goshen College.

The musical collaboration of Kathryn, and her husband, Lon, began nearly 60 years ago in a theory class at Michigan State University, where they met. The relationship blossomed when he needed an accompanist for the Mendelssohn violin concerto.

Their romance had more than the usual degree of chance. Kathryn had transferred from Goshen College to Michigan State as a junior for what she knew would be only one year of piano study.

She had pledged to begin and end her college studies at Goshen, where her mother had graduated in 1928. Kathryn graduated from Goshen College in 1954.

Soon after their marriage, in 1954, the Sherers left for their first shared assignment at Woodstock School in Mussoorie, India. From 1956 to 1959 they taught at Woodstock and performed across India.

They returned to the United States in 1959, joining the faculty at Goshen College. They timed their arrival with an emerging openness in the church to instrumental music.

Their musical tours took them across the country and to Central and South America, the Caribbean Islands and Japan.

Although Kathryn retired from the college preparatory program several years ago, she continued to teach students in her home, well into 2011.

Kathryn Loraine Summers Sherer was born to Raymond and Edna Cook Summers in Lansing, Mich., in 1932. Recognizing her early love for music, Kathryn's parents drove her to group and private lessons in Lansing through grade school and then switched to a professor at Michigan State for more advanced training.

She is survived by her husband and their children, Mark (Rhonda) of Indianapolis, Karen (Duane) Stoltzfus of Goshen, and Michael (Patsy) of Goshen; four granddaughters; and a brother Robert (Edith) Summers of Iowa City. A grandson died earlier.

The family suggests that memorial gifts be sent to the Lon and Kathryn Sherer Preparatory Music Endowment Fund at Goshen College or the MCC-East Africa Fund for Hunger.

In a Christmas letter written two months ago Kathryn gave thanks for: "a life blessed with beauty -- great music and good books. For the opportunity to see our four granddaughters grow up in this community. For the opportunity to have had a teaching job that I loved, and most of all, for 57 years of marriage to a wonderful husband and musician, doing the things we love to do together."

I am one of the heirs of Kathryn Sherer's great gift for sharing music. I studied piano with her throughout highschool, and into my first year of College. She tirelessly created opportunities to make music -- in church, by organizing recitals -- always with humility, joy and encouragement. Thank you Kathryn for all you contributed to our musical experience.