Just what is ‘postmodern’? 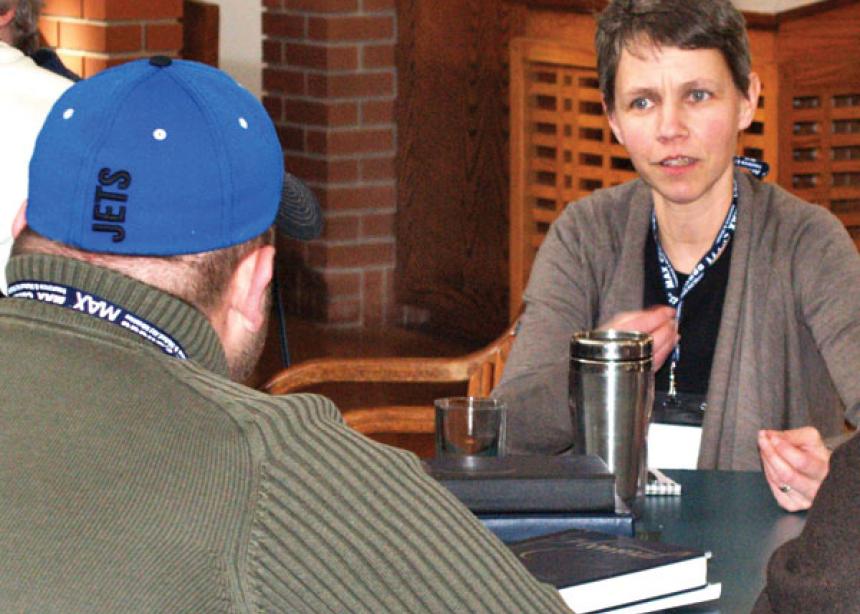 “I’m staying, Sue, but not for Sunday school. I’m going to hang out with the ‘coffee drinkers’ in the kitchen. We have some really good conversations about religion and spirituality there, not dry discussions about traditional meanings of an ancient book.”

“Hey, I happen to like the book. I find that the Sunday school discussions give me some solid ground to stand on during the week. You know, the world doesn’t really support my faith.”

“Sure, Sue, but in the kitchen I get stuff to help me for the week, too. Just last week we were talking about how much our world has changed in our lives, never mind since our parents were middle-aged. Harry told us about the Muslim guy he works with and how he deals with anxiety in these economic hard times by prayer. And Diane told us about a book by an Aztec elder she’s reading that helps her to put the demands of life in order, keeping relationships first. I added that the meditation my counsellor has me doing helps. It really feels like I’m getting help from my friends in there.”

“But that sounds so relativistic. Isn’t Jesus your friend? Shouldn’t you be learning what the Bible says about dealing with anxiety? Like ‘cast your cares on God’?”

The words “modern” and “postmodern” get tossed around constantly in the press, including the church press.

“Modern” is based on the sense that we can find, define and apply objective truth, truth that has always been—and will always be—true. It believes in progress, in testable scientific and medical advances, in the use of reason before passion. Modern Christians would tend to say, “Believe the truths of the Bible and church to be in relationship with Jesus.”

“Postmodern” is defined over against “modern.” Postmodernism tends toward many potential truths; toward more change than constancy; toward subjective belief, rather than objective principles; toward experience, story and narrative, rather than foundational, testable and rationally provable facts. Relationships are more important than anything else. Openness, honesty, transparency and trust of people is key.

Individual choice, including relativism, universalism and pluralism, are outcomes of postmodern thinking. Postmoderns would tend to say, “Be in relationship with Jesus—or whomever you believe in—to learn the truth.” Many postmodern spiritual types, who generally don’t like religion, tend toward a contemplative staying in the now, rather than holding to traditions or seeing the need for progress.

Melding sociology, psychology, theology and spirituality, many postmoderns believe in a higher power who meets them individually, and to whom they respond to and relate with a wide palate of practices.

A key aspect of postmodern spirituality and practice is the concept of mystery: God—or god or spirit—is beyond us, an infinity unknowable by finite beings like ourselves. But God does reveal something about “godself” (a postmodern term) to us in relationship.

How this thinking influences the church

Bill would rather relate to friends who tell stories of their experiences with God than to study the Bible, especially when it feels like rehearsing traditional answers to someone else’s questions. Bill would like to have a space to ask his difficult questions about God, life and truth, rather than feeling like he has to agree to an old set of beliefs, some of which form the heart of his questions. And he doesn’t want anyone telling him what he should and shouldn’t do. He wants to find out through experience.

Sue finds this difficult. The Bible and the answers she learned in faith classes years ago still support her day by day. Bill’s questions are unsettling for her. Even asking the questions seems questionable for her. Shouldn’t church members agree on what they believe and then stick to it?

Postmodernity as a philosophy grew up in the 20th century as people lost faith in the outcomes of modern philosophy. Science and technology helped feed many more people, but it also created more ways to kill more people more efficiently.

The First World War disillusioned many in Europe, as Christian nations went to war with each other, destroying bodies, minds and land. In North America, the Vietnam War shattered illusions, as the Christian West couldn’t beat the non-Christian East.

Disillusioned philosophers soon came to believe that all truth is relative, based on presuppositions and biases held by historians, scientists, psychologists, educators, politicians and religious leaders. They spread the news that modernism was no more sure than anything else. A few of  them actively preached and practised hedonistic individualism. In the midst of their individualism, they preached the unquestioned truths of relativism and individualism.

In the church, we need to be aware that this is what our society has become, and what most of our people believe. Although it entered society and the church through those who are now in their 40s, the influence of postmodernism is everywhere in every age group.

The rise of liturgical worship and the worship band both lead to experiences of the mysterious, unknown but relational God in different forms of ecstasy. Congregants and those who never darken the door of a church alike are opening up in conversations about spirituality and their experiences with God.

While older postmoderns often still react to expectations of behaviour based on rules of belonging from their youth and childhood, younger postmoderns are interested in belonging, in practising spirituality together, including creation care, communalism and lifestyles of peace and justice.

Postmoderns are interested in experiences from many cultures and religions around the world, seeking commonalities across space and time that can guide them about what is dependable in the subjective world we inhabit.

This is an opportunity for those of us interested in the good news.

God has truly drawn near to humanity, in Jesus, in the church, in spirituality. We have a worthwhile message to communicate: God loves us no matter what. We have certainties that have been tested across cultures and through thousands of years of history to communicate: love of God, of self, of our neighbours, where we live, work, play and commute, as well as care of the world we all need in order to continue to exist.

The church does not need to fear postmodernity with its subjectivity and questions. Postmodernity’s questions push us to evaluate what is at the basis of what we believe.

We may bemoan the lack of desire to read and study the Bible. But until postmoderns see the Bible as the record of people’s interactions with the creator of the universe who wants to be in relationship with us, they won’t be interested. We need to be less interested in pushing the Bible than in connecting people with God.

Now is the time for those of us who have experienced God in our lives to be open to sharing those experiences with each other and with those with whom we rub shoulders. As human culture evolves, God continues to reach out with love and continues to seek partners in that embrace. 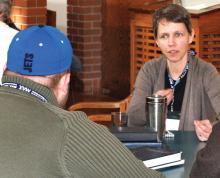