A Jewish Jesus in occupied territory 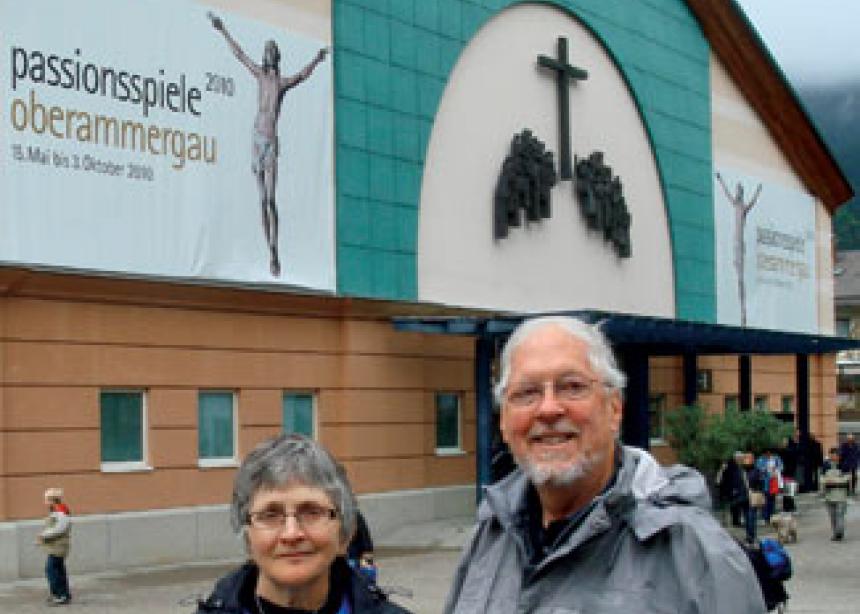 In 1633, the people of Oberammergau in Bavaria (now part of Germany) pleaded with God to save them from extinction. Not only had the Black Death—or plague—taken its toll in the village and surrounding area, but the Thirty Years War across Europe between Protestants and Roman Catholics had ended in deprivation and exhaustion for all. The villagers vowed to portray the “Passion, Death and Resurrection of our Lord Jesus Christ” every 10 years if no more people died of the plague. From that moment on, no one in the village succumbed to the Black Death.

For the first 200 years the play took place in the village church cemetery. Attendance increased dramatically in the 1800s. Today, a 4,720-seat auditorium accommodates the influx of people from around the world.

The 2010 version opened on May 15 and closes on Oct. 3 after 102 performances. At least half the town of 5,000 people are involved in the play, with as many as 700 being on stage at times. At 850 metres above sea level, Oberammergau stands at the same elevation as Jerusalem, where the play is set.

While revisions to the text and music were made in the previous two productions, the current one aims to show the Jewishness of Jesus. Revisions were made in consultation with the Oberammergau community, and the Roman Catholic, Protestant and Jewish faith communities, with the final decisions made by the Bavarian government. Such a convoluted community-religious-civic-political discussion and decision-making process may be unique to Oberammergau.

The 2010 production is based on the Gospel of Mark. The play deals more directly than previous versions with the situation of the Jews living in an occupied land. The tensions of living under cruel and abusive Roman rule are parried in sharp dialogue and with the physical presence of Roman soldiers on stage most of the time. Jesus’ Jewishness is portrayed, especially in the Sermon on the Mount; only later is he shown in his activist role in cleansing the temple.

In Act 1, I was struck by the expectancy and jubilation of the people as Jesus enters Jerusalem. At the same time, some question what’s going on. “What a swarming mass of people!” said Nathaniel, adding, “The entire city is flowing towards him.”

Jesus has supporters inside as well as outside the high council. Despite some insisting that this interloper from Galilee be throttled, Caiaphas declares, “Let him speak!”

Judas, attuned to a political solution for the woes of the Jewish people, entreats Jesus: “Jesus, arise! Be our king, walk before us and don’t permit the execution of the just!”

The play follows a classical dramatic structure, including prologues for each act and a chorus of 60 singers, with soloists. There are 13 Old Testament vignettes, called Living Images, which parallel events in Jesus’ life and are intended to deepen the meaning of events in Jesus’ life.

In the Living Image of Moses before the burning bush, Moses pleads with God to “send another in my place.” Jesus on the Mount of Olives prays, “The hour of darkness approaches. If it is not possible that this hour pass me by, your will be done.”

My favourite part of the six-hour play was the depiction of the activity in the Upper Room: the foot washing and meal, Jesus words, and the brief, suspenseful assembly before the full meaning of life with Jesus dawns.

The drama builds to a climax as Jesus is nailed to the cross, calls for a drink, forgives one of the thieves, appeals to God and then dies. The denouement is quick and brief: “Hallelujah! He is risen!” says Magdalena, followed by the chorus: “Hallelujah! Praise, honour, adoration, power and majesty be yours forever and ever!”

The scene of Jesus on the cross startled me. The actor graphically and realistically portrayed the suffering human Jesus even as the spiritual Jesus appeared to Mary in the words of the angel: “Mary, go to your brothers and tell them: he has not yet ascended to his Father. But he will ascend to his Father and your Father, to his God and your God. Believe in the light in order that you become children of the light!”

I left the theatre a bit stiff after all that sitting (with a meal served half-way through), having understood only a fraction of the German-language presentation. Still, the cumulative impact of the action on stage, the static Living Images, the music of chorus and orchestra, the animals, the company of participants, the natural elements of darkened sky, rain and chill, combined to give a feast for thought concerning the physical, mental and spiritual sacrifice Jesus made on behalf of all humanity.

John Bender, Elkhart, Ind., worked in communication with church agencies and as a freelance writer-editor from 1969-2008. In retirement, he and his wife spend their time travelling. 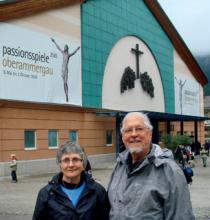