Thoughts on using Matthew 19:4-5 in the homosexual debate 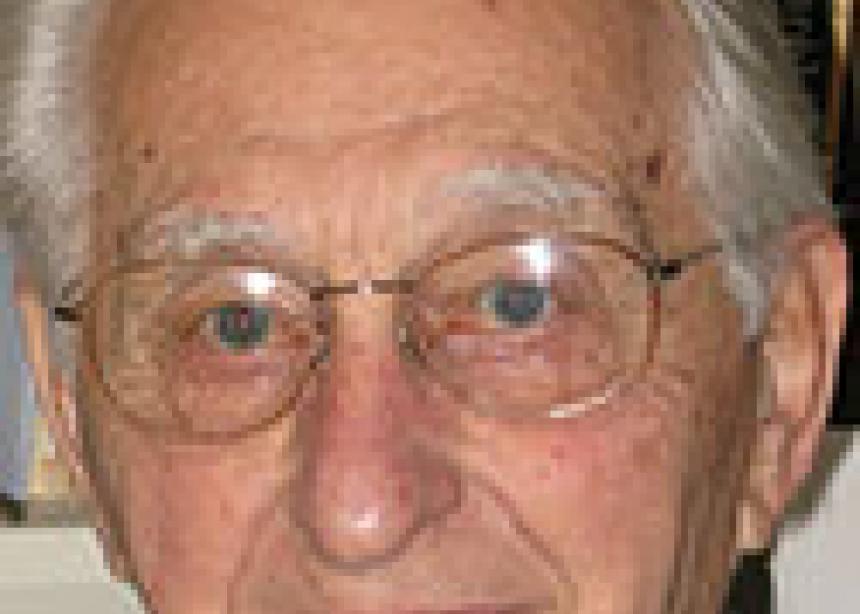 Probably the two most divisive issues in the church at the moment are women’s status and rights in the church, and the moral legitimacy of same-sex covenant relationships. The parallel passages of Matthew 19:3-22 and Mark 10:2-12 have implications for both of these questions.

And Matthew 19:4-5 is frequently misused as Jesus’ authoritative word proscribing same-sex marriage by those who oppose it. Understood in the context of the historical situation and textual setting, these words do not speak to the question of same-sex marriage. Those who use the words of Jesus in this text to exclude committed gay partners from church membership sin against the spirit of Jesus.

‘One flesh’ is not about male-female sexual relations

The anti-gay argument is based on an interpretation of these two verses that God created humans male and female, and explicitly restricted sexual intimacy to a married male-female relationship. The implication is that sexual intercourse makes them “one flesh,” as Paul seems to imply in I Corinthians 6:16. But as we shall see, that is not the way the argument is framed here. Indeed the question of sexual intercourse is not explicitly spoken to in the text. Instead, the Pharisees’ question has to do with male privilege.

The slight differences in the Matthew and Mark accounts of what Jesus taught are complementary. They recognize the same issue and make the same point, but Matthew’s account gives us a further clue about the cultural context of the question, and thus quite explicitly focuses on the real issue.

The “for any cause” phrase in Matthew focuses the basic issue as male superiority and privilege implied in the husband’s right to divorce his wife. And Jesus’ answer to that question had some unexpected and unacceptable implications to his first-century Jewish hearers, which are reflected in the disciples’ dismay in verse 10.

The passage does not speak explicitly to questions of sexual orientation and practice that we face today, and, where it might have some bearing on these issues, it counter-intuitively implies an approach to them that still surprises his modern disciples. Taken as a whole, the passage indicates that Jesus was far more empathetic with the social and religious undesirables—the queer/weird and unclean, including those of anomalous gender identity, such as those “born eunuchs”—than with his religious challengers.

This should not surprise us since Jesus himself lived under the cloud of questionable legitimacy. While our New Testament stories of his birth exonerate Mary, and Joseph accepted him as his son, the stories spread about his questionable patrimony. He was considered, as Bruce Chilton points out in his 2000 book, Rabbi Jesus, a mamzer, that is, one of uncertain paternity; and patrimony, not sex, was the basic concern. As Chilton writes, “From the beginning of his life Jesus negotiated the treacherous terrain between belonging to the people of God and ostracism in his own community.”

The status of women, children and eunuchs

Jesus did not behave toward those of lower social and religious status, such as women, children and eunuchs, in the manner the Pharisees associated with Mosaic custom. He seemed to consider women equal in status to adult males; and he invited children, both male and female, to come to him when his disciples tried to shoo them away. Then in verse 12 he makes a special, and some think puzzling, reference to eunuchs, who are significant for understanding the issues being addressed in this passage.

The Pharisees’ question does bear directly on the gender issue, but it was not whether God created “Adam and Eve” or “Adam and Steve,” as the issue is humorously argued by some anti-gay-marriage advocates. The issue is the status and rights of Eve and her offspring who do not qualify as fully adult male gender! The passage has only an indirect bearing on our contemporary debate about the psychological and moral standing of same-sex orientation and relationships, and cannot legitimately be used as Jesus’s words on the subject.

Women and children did not have the same status and rights as men before the law, and male eunuchs were a special case of loathing and pity. The social status of wives left them no recourse to divorce, and once divorced they were socially vulnerable. Men could divorce their wives on a whim according to some interpretations. Others said there had to be a good reason. But in either case the man had the position of privilege.

So the Pharisees’ question has to do with the rights and status of males in relation to females. They assumed that males had social and religious prerogatives and rights that women did not share. If men followed correct legal procedure, they could break their covenant oath taken in marriage without being guilty of adultery. But if the wife “for any cause” broke her covenanted relationship, she was an adulteress.

Jesus, however,  said that it was equally adulterous for both genders to break their vows, and he based his answer on the creation story as told in Genesis 2, in which God created male and female equally human—that is, “one flesh”—from the beginning.

Equal in dignity and rights in the garden

In the Genesis 2 story, the first human creature (Adam) is male, a farmer created to take care of the garden. He is formed out of the ground like the rest of the mammalian creatures. But he clearly represents a break in the mammalian chain, and he could not find a suitable companion among the animal population to share his dignity and status in God’s image.

So God did special surgery and made a suitable companion out of the male’s flesh and bone, whom Adam recognized as “at last . . . bone of my bone and flesh of my flesh.” Now Jesus uses this creation story to make the point that male and female share equally in dignity and rights in the kingdom of God. They are one flesh.

When they marry, the man is to leave his procreative family, and the male and female become a new human unit—“one flesh”—as in the beginning. In marriage, the woman joins the man as an equal to begin a new home. She does not join the husband’s family as a glorified servant under patriarchal authority, as is the case in some traditional cultures. In the eyes of God, they share equal status.

The covenant bond between humans is a covenant between equals, and in the marriage covenant what God “has joined together” let no human legal authority nullify. Human law, even the law of Moses, has no authority to change such a relationship. Unless the bond is already clearly broken, the permissive Mosaic law of divorce has no legitimacy.

The hinge in this passage that relates the question about the status of women to that of children and eunuchs is the disciples’ extreme reaction. They could not imagine a situation in which women were given that kind of equality! “It would be better for a man not to marry if that is the case!” If women have that kind of control over their own bodies, it would be better for us men to be celibate!

And Jesus replied, “Yes, not everyone can accept this [new reality in the kingdom of God], only those who have the gift of self-control/celibacy.” We know that this adjustment of gender and sexual attitudes, rights and relationships, was a contentious issue in the early church from the amount of space that Paul gave to it in his letters, and from many other writings outside the New Testament texts. It represented a major cultural and moral transition.

This assumed male prerogative was based on the husband’s sexual potency to produce progeny. Sexual potency to procreate was considered essential to the “image of God,” and any male who was unable to have children, be it because of injury to the genitalia or by birth, was not considered to equally reflect the image of God. Such individuals were, for example, restricted in their attendance at the temple.

What to do with ‘born eunuchs’?

This is the point at which the physiological and moral evaluation of what we call sexual variants enters the text, and it helps us understand why Jesus begins with those who “are born eunuchs.”

“Born eunuchs” is not a term used in the modern classifications of sexual variation! Its very use indicates an ancient cultural perspective on male sexuality, its purposes and privileges, which we no longer share. And implicitly it reflects the patriarchal view of women’s subservient role as passive carrier of the male seed that becomes the husband’s offspring.

So how are we to translate the term into our modern context in which the analysis of sexual identity has become highly differentiated? And how might we use it to give us an authentic Jesus pattern to guide us in today’s anxiety-ridden conflict over the moral status of lesbians/gay/bisexual/transgendered/queer people?

Biblical scholars, even some who have taken a very conservative stand on same-sex issues, have come to agreement that the term “born eunuchs,” although not an analytical category, may properly be used inclusively to classify those deemed sexually deviant by the heterosexual majority. This must be applied especially to those whose deviant sexual identity stems from biological conditioning and genetic structure, as does up to 5 percent of the total world population.

And finally, in answer to the last question, one can only conclude that Jesus was alluding to the Isaiah 56:4-5 passage, in which the prophet represents God as fully accepting and blessing such people. To them, God says, “I will give, in my house and within my walls, a monument and a name better than sons and daughters.”

Now living in retirement in Harrisonburg, Va, Norman Kraus was professor of religion at Goshen College, has authored some 15 books, and has served under the Mennonite Board of Missions in Japan from 1980-1987.

Reflection and group discussion questions related to this article.

'They will know we are Christians by our love' (sidebar) 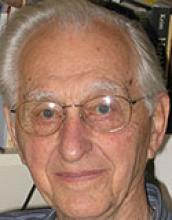