An inkling into the Inklings

New institute explores work of Lewis, Tolkien, among others 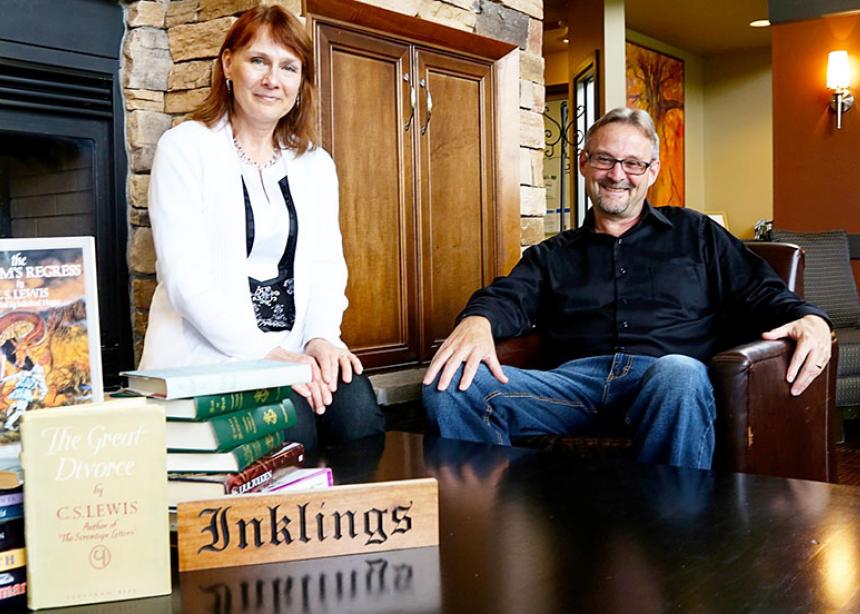 English professors Monika Hilder and Stephen Dunning together bring more than 40 years of research on the Inklings’ authors. They head the newly formed Inklings Institute of Canada at Trinity Western University.

Trinity Western University has established a new research unit dedicated to the study of a group of popular British authors and thinkers, the Inklings. While the name may not be immediately familiar to many, the most famous members—C.S. Lewis and J.R.R. Tolkien—are certainly household names, conjuring memories of favourite childhood fantasy stories.

Led by English professors Stephen Dunning and Monika Hilder, the Inklings Institute of Canada gives a name to what’s already been taking place at TWU for more than a decade, and solidifies it as an official hub of Inklings research.

The Inklings, says Hilder, have ongoing relevance today, “not just as imaginative writers, but as culture critics. Their work invites us to ask questions that many of us have not yet begun to consider—and their answers are potentially transformative.”

She has written three books on Lewis that discuss gender and the interplay of theology and cultural studies. Along with Dunning, who specializes in the writer Charles Williams, she has seen a significant uptake in Inklings-related study at TWU. Together, the professors bring more than 40 years of research on these authors.

Their expertise will fuel the Institute as TWU becomes a base for Inklings-related conferences, a vehicle for research funding, and a draw for graduate students and additional top-tier researchers in this area.

Additionally, they hope it will give the public a greater awareness of these authors and their innovative thinking.

“Most of us come to this group through Lewis or Tolkien,” says Dunning, pointing to Lewis’s popular Chronicles of Narnia and Tolkien’s Lord of the Rings trilogy. But, he notes, both of these writers were heavily influenced by a group of colleagues, especially by those who regularly gathered through the 1930s and ’40s, including Owen Barfield and Charles Williams, their peer Dorothy L. Sayers, and earlier mentors George MacDonald and G.K. Chesterton.

These authors shared an open exchange of ideas during their Oxford years, but, says Dunning, “in many ways these people did not agree on a lot of key issues. Tolkien was influential in Lewis’s conversion, but Tolkien was deeply disappointed that his friend didn’t become a Roman Catholic. And while both owe a strong debt to Owen Barfield, according to Lewis, Barfield had read all the right books, but gotten the wrong thing out of all of them.”

Much like the rich group of thinkers who gathered in Lewis’s Oxford University rooms—including a doctor, Robert Havard; an historian, Lord David Cecil; and even a ship owner, Percy Bates—the new Institute is cross-disciplinary. In addition to literature scholars, it includes scholars in the fields of arts and media, communications, philosophy, physics, and political and religious studies from across the TWU faculty, as well as scholars internationally. 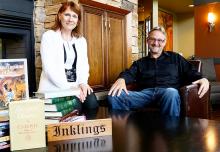 English professors Monika Hilder and Stephen Dunning together bring more than 40 years of research on the Inklings’ authors. They head the newly formed Inklings Institute of Canada at Trinity Western University.