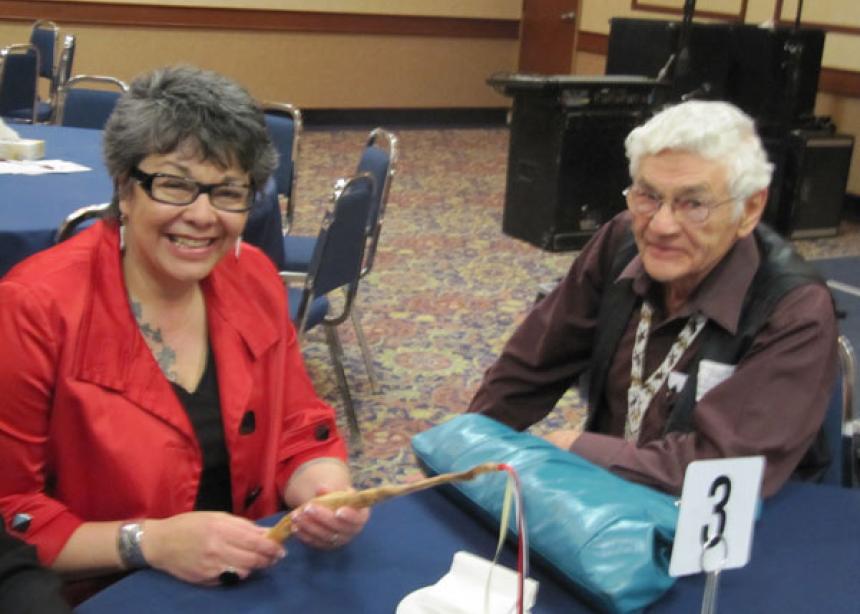 Official government apologies and the national Truth and Reconciliation Commission (TRC) process do not include all prior students of government-funded, church-run schools for Indigenous Peoples, a handful of which have associations with Mennonite communities.

To date, pre-1970s indigenous day school students—whether attending schools on or near a first nation community—remain unacknowledged. They are banding together to remedy that.

On May 2 and 3, the first National Day School Class Action Conference was held in Winnipeg. It was led and hosted by Spiritwind Inc., a non-profit organization of survivors based in Winnipeg, the Joan Jack Law Office, Winnipeg, and the Sandy Bay Ojibway First Nation on the western shore of Lake Manitoba. Nine representatives from Canada’s Mennonite community attended the conference.

Spiritwind emerged in 1986 as an advocate and support group for the Indian Residential School survivors movement. Now it is using that experience to focus on, and advocate for, day school survivors by launching a National Day School Class Action Suit.

Although day school students were able to return home each night, many of them suffered the same indignities as their residential school peers: violent physical and emotional abuse, loss of language, the aggressive imposition of Christianity, and condemnation of their indigenous histories and traditions.

Those who gathered for the Winnipeg conference heard from survivors as well as indigenous leaders supporting the movement, such as Grand Chief Shawn Atleo of the Assembly of First Nations, and Judge Murray Sinclair, chief TRC commission-
er. They also discussed next steps in the class action suit, which has been joined so far by more than 10,000 former students.

Elders and indigenous leaders stressed the need to speak in love and strength, while being mindful that some may dismiss their stories without understanding the significant generational impact of their experiences, or the difficulties they face along the road to healing. They recognized that monetary compensation is a necessary gesture of atonement, but it does not provide healing. Healing must come from within. Indigenous survivors must live as survivors rather than victims.

Mennonites are seeking ways of walking with indigenous communities through the TRC process and in their struggle for acknowledgement of the day school student experience. In July 2010, delegates to the Mennonite Church Canada assembly in Calgary signed a resolution, stating in part that “MC Canada congregations and individual members recognize and confess our complicity in the failing of the Christian church and its role in the tragic physical, emotional, mental and sexual abuse, denial of culture, language and peoplehood of Aboriginal Peoples in Canada.”

What is the Mennonite connection?

In the 1940s, Mennonite conscientious objectors were sent to United Church-run day schools in northern Manitoba to work as teachers. Some years later, Manitoba’s Pauingassi and Bloodvein communities invited Mennonite Pioneer Mission, a predecessor of MC Canada’s Indigenous Relations (formerly Native Ministry), to open day schools within their communities. Some students of the Mennonite schools report a more cooperative approach to education and saw their workers oppose certain aspects of the government’s attempted assimilation program by encouraging indigenous language. In some instances, programs at Pauingassi were scheduled to accommodate community rhythms around the trapping and fishing seasons.

But despite these more mutual approaches, the Mennonite schools operated within the larger paternalistic system that, as a whole, considered itself superior to indigenous ways.

“As Mennonite Pioneer Mission, we had a lot of learning to do,” says Egon Enns, a former day school teacher in Bloodvein. “Yet over the years, with the help of indigenous friends and partners, we have learned much and changed our programs to reflect such. We are still learning.”

Ultimately, this is a settler problem, according to her, for settlers perpetuated the notion that their religion, culture and politics were superior to that of indigenous peoples, and claimed the right to change Indigenous Peoples. She says that those attitudes of superiority fuelled the assimilation program to “kill the Indian, save the child.” 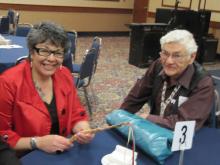 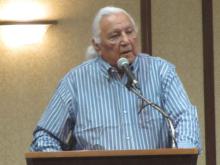