Human rights and peace beyond the home 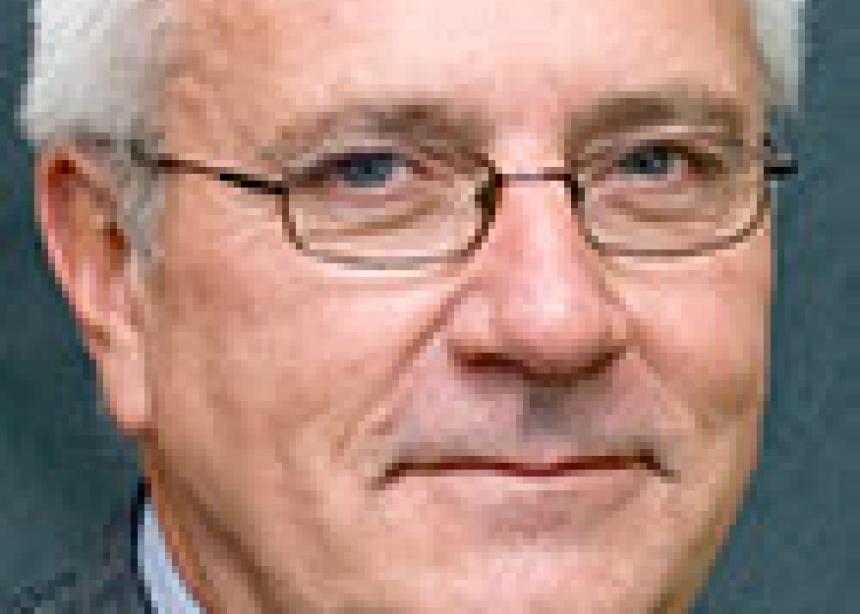 Mary Lou Klassen raises a good point when she asks about the practical value of human rights (see page left). For people who live in a country where corruption is rampant, the government is unwilling or unable to protect its people, and the population suffers from a lack of food, clean water, adequate housing and decent jobs, human rights can be seen as being far removed and a luxury only the privileged can debate.

The old adage, “Where you stand determines what you see,” provides a useful way to evaluate the importance of human rights. Standing in Jos, Nigeria, and looking at the violence, discrimination, disempowerment and poverty that is all around, one can be forgiven for being sceptical about the value of human rights. This daily reality Klassen has described is raw, and reflects the notion that the powerful always win, and don’t appear to be under any obligation to play fairly or by the rules. In a world in which brute power determines who wins and who loses, the poor will always come out on the short end.

When viewed historically, however, the promise and potential of human rights offers a different perspective. Prior to the adoption of the Universal Declaration of Human Rights by the United Nations in 1948, nations had the right to treat people under their control in almost any way they saw fit. People were essentially viewed as the property of their nation of citizenship, chattels that the owner could deal with as desired. “Ownership” was almost absolute, with few limits on how this “human property” could be managed or disposed of.

The Universal Declaration turned this notion on its head as it declared in its preamble that the “dignity . . . of all members of the human family is the foundation of freedom, justice and peace in the world.” All governments were to be held to the same standard of respecting dignity. No longer were people considered to be merely property under international law.

Herman Goering’s repugnant defence against the charge of crimes against humanity raised at the Nuremberg War Crimes Tribunal following the Second World War was forever discredited in law. “But that was our right,” he said. “We were a sovereign nation and that was strictly our business.”

The ripple effect of the impact of recognizing humans as being people, instead of property, has been profound. Something unique was spawned in 1948 that was never anticipated. Today, there are human rights treaties that deal with the rights of children, women, persons with disabilities and religious minorities, as well as a host of civil, political, economic, social and cultural rights. These treaties have established a minimum standard that defines the rights of people no matter where they live, their religion, gender or race.

Why should these treaties matter to people whose daily reality is the violation of their rights and the seeming impunity of those who oppress them? Rights matter because they shift the conversation beyond a nation’s borders. Syria, Korea, Congo or Canada can no longer claim that they have the absolute right to act towards their citizens in any way they choose. Any government can now legitimately complain about how another state treats those under its control.

Human rights are everyone’s business. It is no longer political interference in the internal affairs of a nation for civil society organizations like human rights groups, or Mennonite Central Committee, for that matter, to critique an abusive government’s human rights record. The stories Klassen is telling are proof that human rights matter even when violated. Rights name the injustice experienced by victims of abusive governments, and give voice to the voiceless and the powerless.

This realization may be little comfort to those who suffer from political violence, a leaky roof or not enough food in the house. But let’s remember that the fact that we are having this conversation about the difficult situation Klassen describes is witness to the fact that the human-rights system is working, albeit maybe not very well. This small accomplishment would not have been possible 60 years ago.

Rights provide a common globally accepted language for us to talk, argue, debate and advocate on behalf of the oppressed and marginalized. It gives an opportunity to those of us who can, to remind political powers that everyone is a person and entitled to dignity. When we press governments to live up to their rights obligations, and refuse to allow them to hide their abuse behind a smokescreen of hypocrisy, it makes it easier for people everywhere to work for peace within their own homes. Let’s not give up on an imperfect human-rights system that makes this opportunity for peace more possible.