From Honduras: a fish story 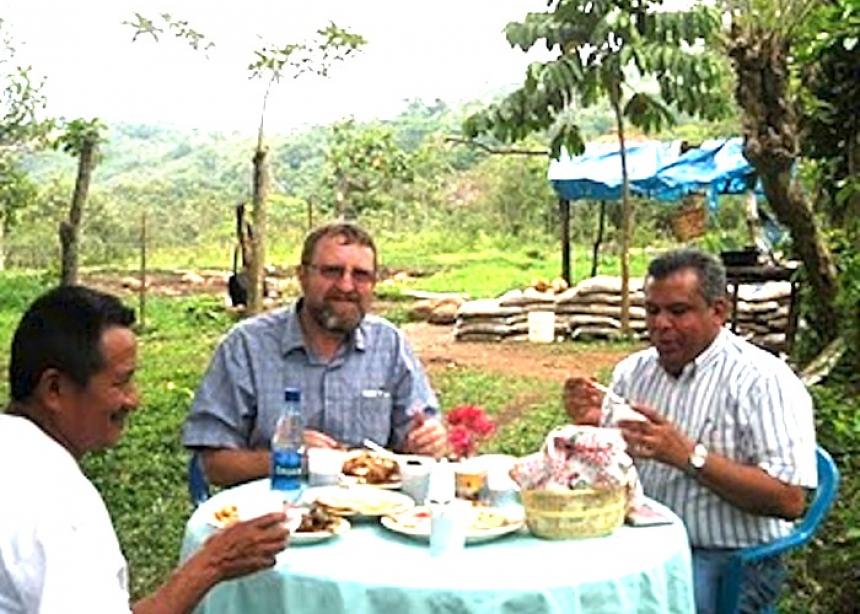 Yesterday afternoon Manuel, Chepe and I were invited to a very special lunch in El Cipres. About nine months ago we regained possession of some property that was to be used for helping poor families.

In late October, a group of women asked if they could use the small pond and three fish tanks to raise fish. We were worried that they were going to get into trouble with cost of feed and other expenses. There was some initial confusion about whether I might just pay for any cost overruns.

The women started by draining the pond and clearing out mud and stones to make it deep enough for tilapia. Know that five of these ladies are raising families without a husband and several of them are grandmothers. It was incredibly brave of them to dig and delve in the mud. It certainly made an impression on their community. I started by having the three tanks repaired. We all started by taking a trip to a nearby fish farm.

The ladies then went ahead and made a deal with the fish farm for the needed fry. Someone from the farm came and looked at the water supply and gave them an idea of how many fish they could raise. They also negotiated with the farm that the farm would help them obtain feed and would buy their product at the end of the journey.

Once the fish arrived, the cost of feed became apparent. Because we had settled that I was not providing money for feed, they buckled down and found ways to raise the money. They made and sold tamales (a corn mush with meat and vegetables steamed inside banana leaves) and other foods to raise the money.

Theft of their stock was a problem. So, these women took turns at night staying in the small shelter they built. During the cold weather of December this was not an enjoyable task.

Trouble with the tanks showed up quickly as well. The man who originally constructed them, cheated on the materials and so the weight of the water quickly showed up in cracked walls and leaks. The women solved the problem by combining two tanks and using the dirt from between them to reinforce the outside walls. The had noticed that the fish preferred a soil bottom over the concrete. So, their ‘new’ tank had part soil and part concrete and 30% greater volume.

Over half of the fish are sold now and they have come out of the whole project without losing money. That is a huge success in itself.

They are brimming with self confidence now and, next week, we will have a meeting to try and glean the some of the knowledge they have acquired. Without realizing it, they have become the teachers and have a set of skills that no other women in their area have.

They have drained the pond and are negotiating for a tractor to come and move stones and make it bigger.

We talked about alternative feedstuffs and other income generating projects. Because they now have a basic set of skills for working with livestock they are able to grasp new ideas and sort out some of the logistics that these ideas will require.

Yesterday we had crispy fried fish, tajadas (fried plantains), salad and papaya cooked in a brown sugar syrup. All this was served outside by the fish ponds.

The leader of the group was able to start studying Grade 7 with us a year ago. That opportunity has translated into more than nine neighbouring children having the chance to study, several of the girls (and the lady herself) completing one grade and starting another, primary students being given a chance to read books on a computer and, now ... a fish dinner. 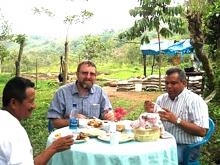 That fish fry sounds truly delightful. As I read I almost wished I could have been there.