'Holy mischief in an age of fast faith' 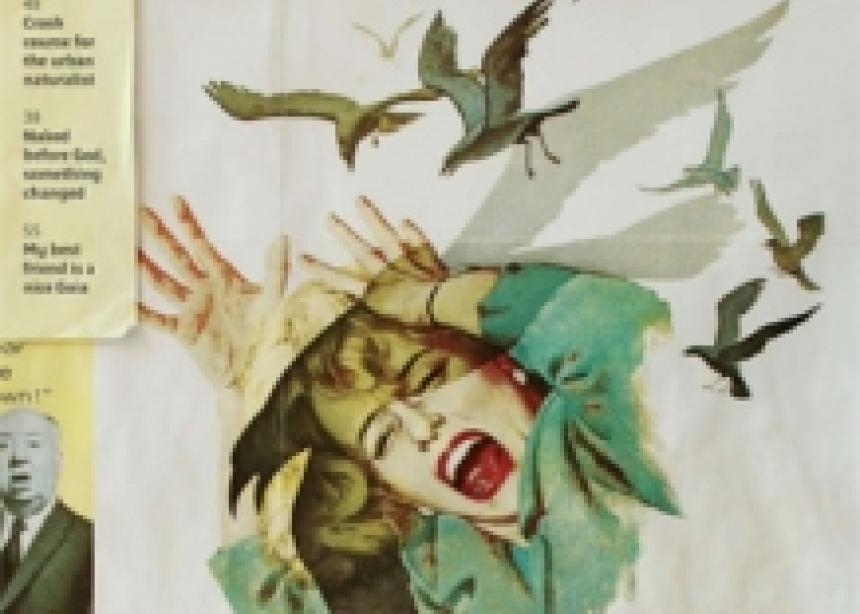 Geez! Has it been five years already?

It was 2005 when Aiden Enns launched Geez, a self-described “cheeky” magazine for the “over-churched, out-churched, un-churched and maybe even the un-churchable.”

Back then, Enns’ goal was to counter the rise of the religious right by creating alternative Christian messages, to protest the “unholy alliance between church, state, market and military,” and celebrate the “spiritual dimensions of biking, energy efficiency and canning pickles.”

Looking back, he believes Geez has met those goals.

“It’s been a lively ride,” says Enns, who is also a columnist for the Canadian Mennonite.

Indeed, it has. The magazine has published provocative and thought-provoking articles like The Pastor’s wife: Swimsuit competition; Who Would Jesus Shoot?; The Son of Man’s greatest hits; Apology from a remorseful atheist to the Baby Jesus; 30 Sermons You’d Never Heard in Church; andGrandma doesn’t want me to go to hell.

“We’ve only begun to tap the deep well of creative force on the fringes of faith,” says Enns.

Another goal was to “create a magazine of exceptional quality.” That goal has also been achieved. Geez has been short listed four times for Best Spiritual Coverage by the UTNE Independent Press Awards, and won in 2009. It has received awards from the Canadian Church Press for General Excellence, layout and design, and for the best socially conscious religious journalism. In 2007 it was named Best New Publication at the Western Magazine Awards, as well as Magazine of the Year.

It’s also received lots of praise from the mainstream media.

“A surprisingly hip, bold take on Christianity,” wrote Gloria Kim in MacLean’s. “It hearkens back not to any recent tradition of right-wing fundamentalism, but to Christianity’s roots of social change and revolution, with Jesus as a rebel protesting against the Establishment and taking his message to the streets and the harlots, poor and dispossessed who dwell there.”

“Not your average Christian magazine,” said Alison Gillmour on CBC.ca. “Geez approaches the ‘Judge not, lest ye be judged’ problem by laughing at itself, and by tackling the big serious questions with a wildly diverse range of perspectives.”

Geez pushes “the edges of respectability in a subversive, ecological, visionary way,” said Douglas Todd of the Vancouver Sun.

Enns is humbled by the praise, but appreciative.

“It shows that you can do award-winning social justice journalism,” he says.

But publishing an award-winning magazine is one thing—paying for it is another. The magazine has been the recipient of much critical praise, but becoming sustainable has proven a challenge.

When he launched Geez, Enns figured he needed 2,000 subscribers to break even. It only took a year to reach that goal, but circulation later fell to 1,200. Today the magazine has about 1,300 readers.

“They do it as a labour of love,” he says of the magazine’s staff, most of whom are younger people. “They inspire me.”

Yet just the fact that Geez still exists is something to celebrate; it is estimated that only 40 percent of new magazines make it to their first birthday, and only one in five makes it to five years.

Enns attributes the magazine’s making it this far to its loyal subscribers, many of whom pay more than the $35 yearly subscription price. “They believe in us,” he says of his readers.

Looking back, Enns feels that Geez has made a difference in its five-year run.

“I love seeing people realize they can be a Christian and a feminist and a progressive and care for the poor and the earth, that they can see the world in a different way,” he says. “It’s about creating a sense of cognitive difference—to question what is normal, call things into question.”

Using that yardstick, Geez has been very successful, indeed.

Find out more about Geez at www.geezmagazine.org/. 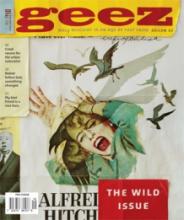