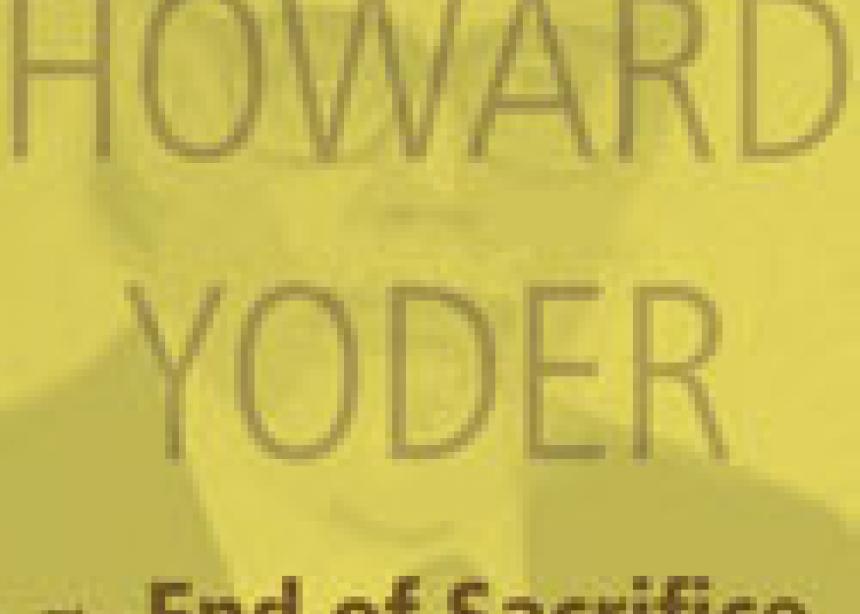 Yoder, who died in 1997 at the age of 70, was best-known—especially beyond Mennonite circles—for his 1972 book, The Politics of Jesus. A standard work in many colleges and seminaries, the book makes a strong case for the Anabaptist view of Jesus’ radical critique of society.

Now there is a book by and about Yoder. John Nugent, a scholar of Yoder’s ideas, has researched all the written materials left by Yoder on the subject of capital punishment. Nugent’s new book, published by Herald Press in late 2011, is titled The End of Sacrifice: The Capital Punishment Writings of John Howard Yoder.

Yoder, who taught at Associated Mennonite Biblical Seminary and Notre Dame University, both in Indiana, strongly opposed the death penalty. Nugent’s book brings together four decades of Yoder’s published and unpublished writings on the topic. “He engaged in sophisticated biblical, sociological and historical analysis in order to demonstrate that from ancient society until today capital punishment is an inherently cultic sacrificial rite,” Nugent says.

Since the death of Jesus brought a decisive end to all sacrifices for sin, Yoder argued, Christians should proclaim the abolition of the death penalty, and its advocates should no longer claim biblical validation for using it.

In doing so, Yoder also made a persuasive case for proactive Christian witness to the state. He called the church to proclaim the end of sacrifice to public officials who are responsible for carrying out capital punishment. “John Howard Yoder was unique in how he brings together both the biblical and sociological roots of the practice of capital punishment,” Nugent says. “Many Christian works focus on the former, whereas other works focus exclusively on the latter.”

Nugent, a professor of Old Testament at his alma mater, Great Lakes Christian College in Lansing, Mich., first became interested in Yoder when he took a course on Yoder’s ideas taught by Stanley Hauerwas, a leading Yoder scholar at Duke Divinity School.

Later, at Calvin Theological Seminary, Grand Rapids, Mich., Nugent wrote his Ph.D. dissertation on “Old Testament contributions to ecclesiology: Engaging and extending the insights of John Howard Yoder.” The paper was published last fall by Cascade Books as The Politics of Yahweh.

“Yoder showed me that the lordship of Christ applies to all aspects of life,” Nugent says, “and that his lordship requires a reassessment, and often a reworking, of all areas of thought and practice.”