‘I couldn’t be happier today,’ he says as he looks back with pleasure on a lifetime of making and teaching music

July 3, 2013 | God at work in Us
By Evelyn Rempel Petkau | Manitoba Correspondent 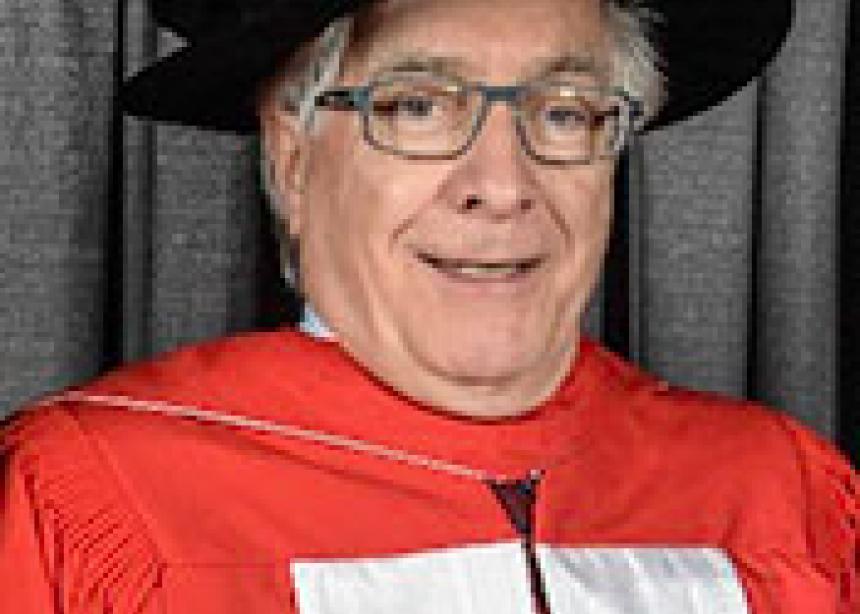 “It was an amazing time when I think back,” says Henry Engbrecht. “How could I be so lucky to grow up in that experience?”

Engbrecht, 74, reflects back on the community and church environment that shaped and directed his life. His journey recently culminated with the award of an honorary doctorate from the University of Manitoba’s music faculty. Engbrecht founded the UofM choral program and taught there for more than 28 years.

Singing in a choir of 40 young people every Sunday morning in the Mennonite church in Boissevain was a highlight of Engbrecht’s youth. He grew up in a time when the Manitoba Mennonite Youth Organization held annual choral song festivals, Saengerfeste, throughout the province.

At the age of 24, Engbrecht’s musical abilities and love of choral singing were already being recognized and he was hired by the provincial youth organization to conduct week-long rehearsals leading up to a worship service and an afternoon concert on the following Sunday in all of the eight church districts.

“I would move from one region to the next and rehearse with a new group of church choirs each week,” he recalls. “With few exceptions, the choirs were made of youths age 15 to 25.” This lasted for three summers, until 1965. “You can imagine what this contributed in terms of my growth as a music conductor,” he adds.

As a young man, Engbrecht pondered the idea of going into pastoral ministry, but events pulled him towards a different kind of service. He is grateful for people like George and Esther Wiebe at Canadian Mennonite Bible College (CBMC), who encouraged him to seriously consider a music career. “I’m glad,” he says. “I couldn’t be happier today.”

Engbrecht, a member of First Mennonite Church in Winnipeg, has given himself fully over to that career.

Kirsten Schellenberg, president of Canzona, a baroque vocal ensemble directed and conducted by Engbrecht, and Rob Neufeld, executive director of the Manitoba Choral Association, nominated Engbrecht for the Winnipeg Arts Council’s 2013 Making a Difference Award, declaring, “No other single person has made such an enormous impact on choral music in Manitoba than Henry Engbrecht. From leading small choirs, training young conductors, leading advanced choral workshops and seminars, to conducting award-winning choirs, Henry has touched the lives of thousands of people in Manitoba and beyond.”

Engbrecht studied at CMBC, Bethel College in Newton, Kan., and Southern Methodist University in Dallas, Tex. He taught in the public school system and at Mennonite Collegiate Institute, Elim Bible Institute and CMBC prior to becoming assistant professor of choral studies at UofM, where he remained until he retired in 2006.

“It would be a difficult task to find a choral conductor or singer who has not been touched or inspired by his work in some manner. Every Manitoba chorister knows of and respects Henry Engbrecht,” says Elroy Friesen, director of UofM’s choral studies. “He had the reputation as the professor whose door was always open and who displayed through his actions that time with people was more important than other matters.”

Engbrecht directed church choirs for 22 years, and he continues to conduct Canzona and the Faith and Life Male Choir.

“Henry brings a good combination of musical expertise with a real passion for worship and the way music forms a part of worship,” says Loren Hiebert, accompanist for the Faith and Life Male Choir, who has worked together with Engbrecht for the past two decades. “You combine all that with a very personal warmth everyone feels when they are with him.”

“My father is a faith-based man,” says Geraldine De Braune, Engbrecht’s daughter. “As such, he believes his purpose in life is to learn and to serve. In my view, he lives that belief every day, and people respond to that kind of genuine attitude. He’s passionate about what he does. He is constant in his character, grateful every day and he has boundless love for his family.”

As he looks back, Engbrecht is concerned about the huge decrease in choral singing in churches today. “Most don’t experience it in the services any more,” he laments. “I am sorry to see it disappear. It’s a multi-sided issue, of which our lifestyle is probably the biggest factor.”

“We still sing,” he notes, “but wouldn’t it be amazing if even 50 percent of all the formal musical training in private lessons and the schools was put to work in the church context? Can you imagine?” He can. 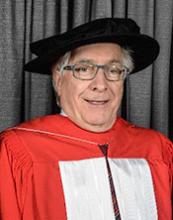