In gratitude of J.S. Bach 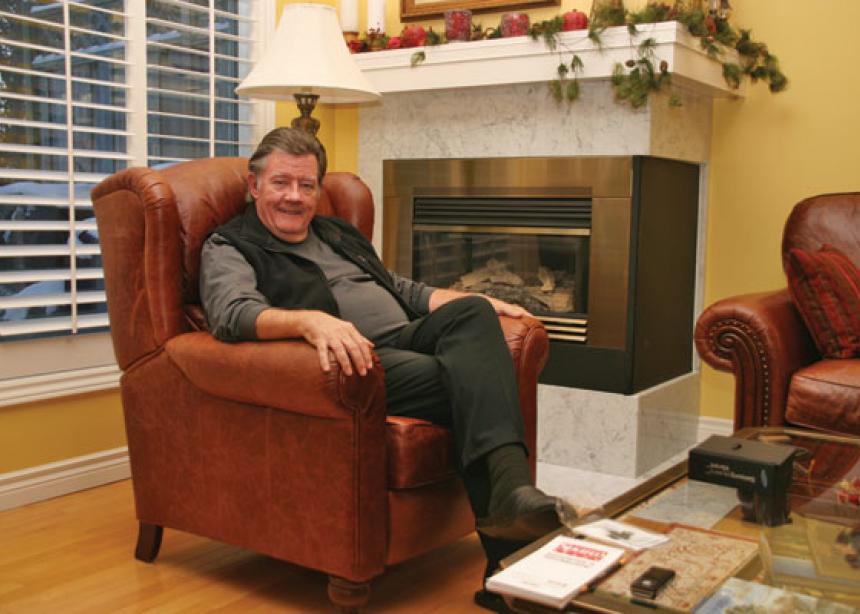 The response to my request for an interview last September said it all: “Maggie and I are in Tuscany. . . . We’ve rented a small villa very near Cortona [Italy] and will be here until the end of October. I’m afraid the interview will have to wait until early November. Ciao.”

Born in Winkler, Man., Dyck was educated at Mennonite Brethren Bible College (now part of Canadian Mennonite University), where he met his future wife; he completed his bachelor of arts degree at Goshen College, Ind. Later, he studied conducting in Germany at the Hochschule für Musik and the Internationale Bachakadamie.

The Dycks moved to Waterloo Region in 1971, where he taught at Waterloo Lutheran University (now Wilfrid Laurier) and began leading the Grand Philharmonic Choir.

During his years as a student in Winnipeg he had worked at CFAM, an AM radio station in rural southern Manitoba, as a classical music programmer and announcer. In 1976, Harold Redekopp invited him to audition as host of CBC Radio’s Mostly Music, a weekday live-to-air classical music program broadcast from Toronto, Ont. When Mostly Music was moved from Toronto to Ottawa, he resigned, deciding not to uproot his family.

Soon after that, Choral Concert was moved from Vancouver, B.C., to Toronto, and he was offered the position of host. Seven years later, he began hosting Saturday Afternoon at the Opera, and was again fully employed by CBC Radio. When CBC moved away from classical music in the middle of this century’s first decade, he felt led to retire from broadcasting, which he did in 2008.

His conducting continued, however, with the Grand Philharmonic, the Bach Elgar Choir in Hamilton, Ont., and Consort Caritatis.

With the Grand Philharmonic, Dyck created traditions for Christmas and Easter, leading Handel’s Messiah during most Decembers and rotating Bach’s St. John Passion and St. Matthew Passion and his Mass in B Minor each spring.

He once wrote, “If there is one reality that has seared itself into my consciousness during my musical career, it is the primacy of the music of Johann Sebastian Bach.”

In 1994, wanting to create a new recording of the Messiah, something that had not been done in  Canada since the 1950s, Dyck put together Consort Caritatis, an ad hoc auditioned group of singers from across Canada. The resulting CD, The Gift of Messiah, was an unqualified success, both artistically and financially.

In 1999, Dyck was invited to the International Festival of the Arts in Kunming in southwestern China, where he was to conduct the Messiah. While there, he learned of a minority group that lived on the margins of Chinese society near Kunming that had been evangelized by Jesuit missionaries in the 19th century; the missionaries had taught them Gregorian chant and numerous excerpts from the Messiah. Although the concert itself was sold out, many from the group made it to the dress rehearsal.  When the rehearsal got to the “Hallelujah Chorus,” Dyck invited the group to join Consort Caritatis on stage. This unique collaboration made the national television news across China.

Tuscany in the fall of 2010 constituted a “mini-sabbatical” for Dyck while his successor led the Grand Philharmonic into the 2010-11 season. But Dyck has many projects on the go. Consort Caritatis continues, and he is thinking of organizing a Bach festival “sometime, somewhere.”

When queried about his theology and how it pertains to his work, Dyck turns back to Bach. He notes that in his St. Matthew Passion 11 of the 12 disciples ask if it is they who will betray Jesus, each sensing his own weakness. Instead of focusing on the Jews in an anti-Semitic manner, as was the norm in his day, Bach’s reply is a personal one, with the chorus representing the church: “It is me, I should repent.” For Dyck, this speaks to the equality—and indeed culpability—of all people before God. Throughout the years, he says he has found “depth of meaning and a breadth in Bach’s theological vision; everything is so in balance. . . . I can’t begin to think what life would be for me without the music of Bach; it’s been a very comforting presence for me for a very long time.”

Dyck also speaks of his gratitude to God and a large community of family and friends, including Rockway Mennonite Church, Kitchener, which the couple has attended for many years.