The housing crisis, says Harley Eagle, is “part of an old story” that cannot be resolved by the Canadian government through externally imposed solutions that have been developed without consultation. 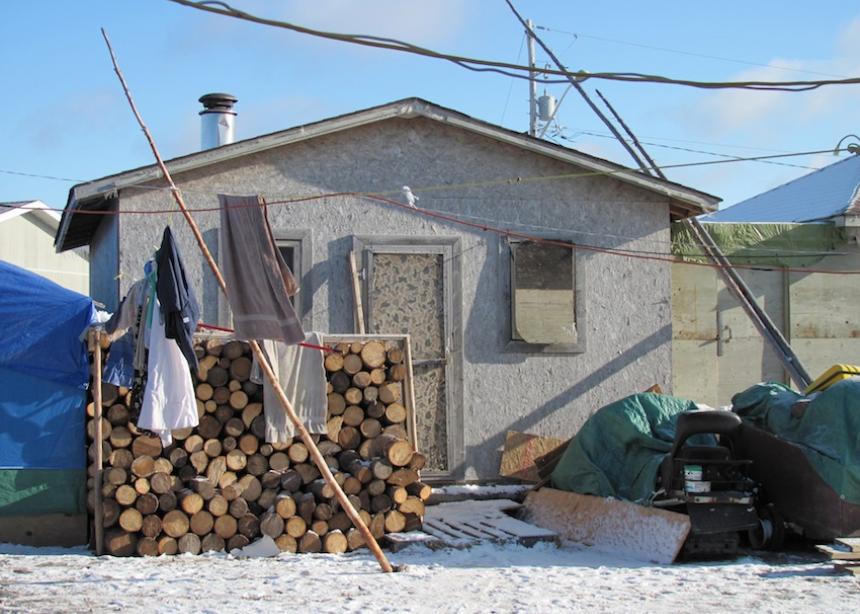 While recent media attention has focused on the shortage of houses and lack of water and sewage systems in the Attawapiskat First Nation community in northern Ontario,  many other First Nations communities are experiencing similar problems, says a spokesperson for MCC Canada.

As the populations in First Nation communities continue to grow, the demand for housing, water and sewage systems will also increase, said Harley Eagle, co-coordinator of MCC’s Indigenous Work program

The housing crisis, he said, is “part of an old story” that cannot be resolved by the Canadian government through externally imposed solutions that have been developed without consultation.

One of the first steps in conflict analysis and conflict management, he said, is to identify the root causes of problems and examine why the problems occurred in the first place.  “There is more to this problem than meets the eyes,” he said. “You have to peel back the layers of history to see what the issues are.”

Eagle believes the basis of lasting solutions for the housing crisis and other problems experienced by Indigenous Peoples can be found in the treaties, the historic agreements between the Crown and First Nations that establish promises, obligations and benefits to both parties.

Although governments have a critical role to play in honouring and implementing the treaty relationship as envisioned by the signatories of the treaties, Eagle said individuals, communities and congregations also have a responsibility to learn more about the treaties and find ways to move forward together.

“Building relationships begins with individuals,” he said. “We have to come to a place where we understand the issues and then ask ourselves, ‘what is my responsibility and my appropriate response?’”

Meanwhile, the deplorable housing situation in Attawapiskat First Nation has prompted the community to declare a state of emergency.

Mennonite Central Committee (MCC) Ontario has a 20-year history of building relationships with people in the Attawapiskat community. In response to a request from the community it is shipping 1,000 winter blankets, 500 hygiene kits and 25 relief kits to Attawapiskat.

MCC Ontario is also accepting financial gifts to cover transportation costs of the blankets and kits and support First Nation communities in northern Ontario as they develop long-term sustainable solutions needed in the community. 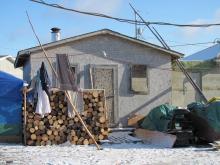 Terichow's article and Harley Eagle’s comments about this despicable\shameful situation are, in my view, not at all helpful as it distracts from the failure of the relevant federal department, (INAC's) continuing failure over generations to deliver sustainable results, to acknowledge blatant past fraud, as per Six Nations to name one defrauded First Nation community, at least. Without a doubt in my mind, Attawapiskat is but one example of shoddy housing constructed under the direct oversight of officials in INAC on a host of reserves across Canada, as I've observed at least in multiple reserves across Ontario and southern Manitoba. As early as 1981 when, as chair of MCCO's Native Concerns Committee, I accompanied Dave Worth, our Executive Director at the time on an "administrative support" visit to check in with a young 'summer gardening " couple sent there by, then ignored by MCC Canada, after spending the night in one such humble dwelling I was shocked to discover in the morning en route to shower, mold growing its way up bathroom walls and having reached 'waist-high' on unfinished chipboard walls, (the cheapest possible building material - wholly unsuited to the environment and obvious on close inspection or the photo on page 16. Clearly, for the responsible officials in INAC number of houses built trumped quality and durability. Number is a more immediate indicator of "accomplishment individuals focused mainly on career advancement. This could not have been clearer to me, than when assisting, as one of those despised, lecherous consultants- retained by both INAC and individual bands in helping develop so-called comprehensive community plans, (CCP’s), assisting a band in Northwestern Ontario that had somehow ‘lost’ its reserve, ending up in diaspora in Winnipeg plan the layout of a ‘new’ reserve, - The Dalles, deep in the bush northwest of Kenora. Having followed the lead of the Chief, on behalf of Band Council we spread out the house lots, “to minimize the degree to which domestic problems would spill over into adjacent homes”. Following approval by a progressive and exceptional INAC District Manager, I was directed to show the plans to INAC’s Ontario Region Chief Engineer in Toronto to secure his approval, as the “last step”. Some last step, it proved to be a brick wall! One quick glance at the plan evoked an angry “No Way”!! In response to my puzzled look I received this explanation, “Look at all those empty lots, it will cost a fortune to run underground services past so many unutilized lots. and this with No consultation with Regional staff responsible for social programs,( classic silo thinking), and, as if ‘fully serviced’ lots were the only way to meet the water and sewage disposal needs, despite the evolution of rural Canada where on-site services have proven fully feasible. My hunch is that to authorize such an approach would contravene Ottawa’s design standards and place his career at risk. Whether or not my hunch is correct; pathetic performance! Aggravate the situation is r
In closing, my explanation for so-called comprehensive community plans, (CCP’s) is that no representatives of other relevant INAC Departments participate. Why? Fear of the consequences of making long-term commitments?
Like it or not, the archaic Indian Act obliges the federal government to be a key player in reserve life. Without a sincere mutual commitment to a difficult long-term process of replacing that Act and in the meantime introduce and act on the concept of accountability in BOTH INAC. AND THE Auditor General’s office which has turned a blind eye to on the ground conditions resulting from INAC’s mismanagement.
MCCC would be more helpful by focusing on the bigger issues and not peddling the illusive concept of “consultation as the solution, (alone) to anything.. Is none happening now? What about the massive Kelowna Accord process? (since dumped by Harper, it seems).
It could only be worse by substituting it with “meaningful consultation”, whatever that is.
As I see it, for what its worth.
dave cressman
waterloo