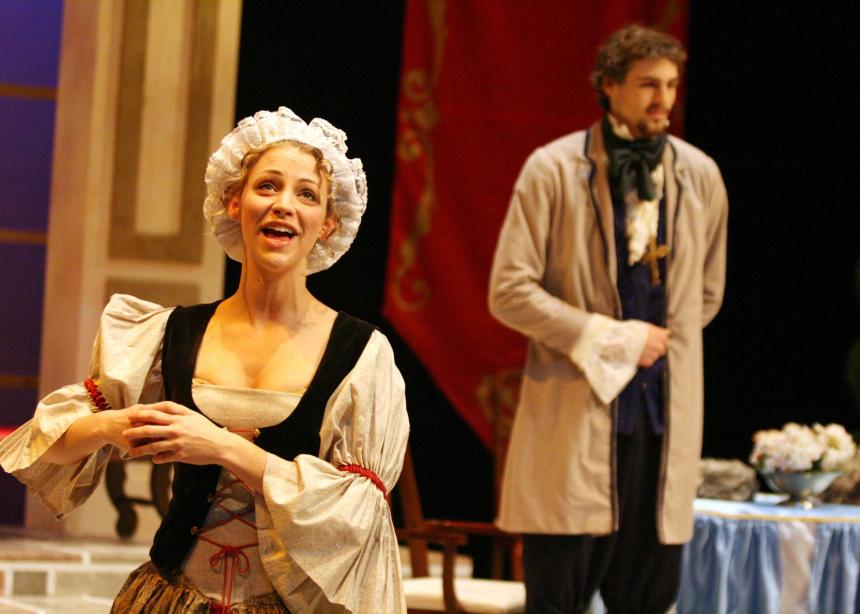 Grubaugh and her stage partner Kelly Frey, a junior nursing major from Shipshewana, Ind., made it to the semi-final round of the Irene Ryan Acting Competition, being among the top 36 students in the Great Lakes region to advance up to that point. This is only the third time in the past 10 years that a Goshen College student competitor reached this level. The Goshen College student nominees competed against students from the theater programs of such schools as Purdue, Michigan State and Illinois State.

Grubaugh, along with five other Goshen College actors, were nominated by ACTF representatives to participate in the competition. Additionally, Patrick Ressler, a senior music major from Lititz, Pa., was given a certificate of merit for his role as composer, arranger and writer of the original screenplay, "Home of the Trojans," which was performed as part of the college's fall mainstage production. Meg Kennel, a senior English and theater double major from Roanoke, Ill., was also awarded a certificate of merit for her set design for "Tartuffe," the college's spring 2010 mainstage production.

All performers and their scene partners were assigned to prepare and present two scenes and a monologue to advance in the competition. Each piece was to showcase the diversity of the actor's ability, range and talent. Grubaugh chose scenes ranging from comedy to drama.

Professor of Theater Doug Liechty Caskey was available for technical direction and observations for Grubaugh and Kelly from time to time. "Her personality came through [in the scenes]. It just so happens that one is realistic and the other is a more stylized comic performance. It's relaxed, but compelling," said Caskey.

Leading up to the festival, Grubaugh and Frey focused on enjoying the experience rather than on the competition itself. "I made a conscious decision to try to keep the process a fun one. I didn't want to get wrapped up in the idea of the 'competition,' but rather wanted to take advantage of the opportunity to improve my acting skills and to enjoy my time with Kelly," said Grubaugh.

With goals set on the process rather than outcome, the acting duo, along with the rest of the Goshen College participants, were able to enter into the competition well prepared. "ACTF has given me confidence in my abilities as a participant in the theater world. It has also exposed me to theater of all kinds, ingraining in me the assurance that 'good' theater can take many forms and serve many different purposes," said Grubaugh. 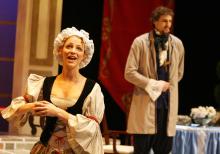