God is not in the violence 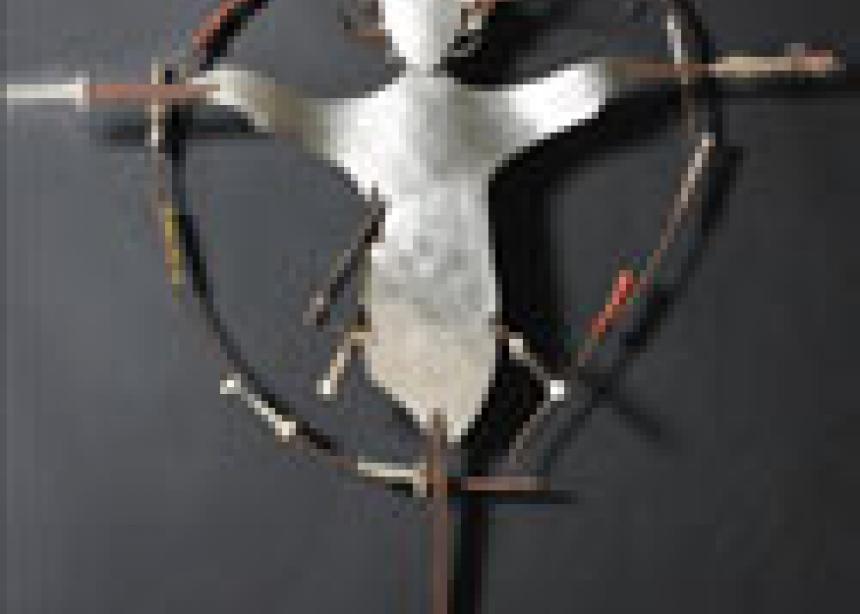 Is the New Testament inherently violent? What does Jesus’ brutal death on the cross mean to persons holding a more passive view of non-resistance? How does one seriously read the text and make sense of Jesus’ teaching of non-violence and his behaviour with the money-changers in the Temple, for instance?

These are the tough questions, Tom Yoder Neufeld, professor of religious studies (New Testament) at Conrad Grebel University College, Waterloo, Ont., attempts to answer in his sixth book wrestling with similar theological issues regarding violence in the Bible.

If the reader is looking for clear-cut answers, this treatise does not supply them. Yoder Neufeld, ever the eminent scholar, gives a wide scope of biblical criticism on the subject, but makes no attempt to come up with unambiguous resolutions for this dilemma. Indeed, he is more taken with the surprises found in his investigation than with any conclusive evidence, putting the issue into the category of “mystery”—the discovery of contradictions.

In his care as a scholar, however, he does not come down on the side of justification of violence; rather he portrays divine actions acted out on the human stage that show the breaking of the chain of violence. “We have seen—not always unambiguously, to be sure,” he writes, that Jesus’ presence “leads to a subversion of violence, not its legitimatization, let alone valorization.”

On the sometimes controversial issue of the death of Jesus as atonement for God’s wrath with the human sinful condition, he comes down on the side of atonement for sin, not God’s wrath. He draws heavily on the writings of ancient scholars Anselm and his contemporary, Peter Abelard and attempts to explain away the “scapegoat” myth as presented by French anthropologist René Girard. He differs with his fellow Mennonite theologian J. Denny Weaver, who proposes the “narrative Christus Victor” theory which, while still implicating God in violence, stresses the story of Jesus’ life, ministry, death (as suffering the violence of humanity) and resurrection. Yoder Neufeld believes, instead, that there was a divine role of redemption in the death of Jesus.

“Jesus’ whole life, teachings, healings, announcing and enacting of the reign of God, resurrection and parousia [second coming] are all part of the drama of ‘at-one-ment’ that began at the first sin and will culminate with the final mending of the cosmos.” “Justice and mercy at this moment [Jesus death and resurrection] are indistinguishable.”

The author also takes on the thorny issue of subordination by framing it in the Household Code culture of Paul’s time—when slave ownership was common and the social order put males as “heads of households”—as well as the troublesome passage of the apostle’s call for deference and obedience to the “authorities” in Romans 13. In the husband-wife relationship, for instance, Yoder-Neufeld asserts that “in no way is Christ put forward in a dominating way. Rather, husbands and wives are invited to view their own relationship as a dramatic enactment of the drama of liberation.”

Suggesting that Romans 13:1-7 is “proverbs-like wisdom about the place of authorities under God’s sovereign ordering of the cosmos,” he is not really definitive about what to do with this passage in a completely different time from the Roman occupation. “A call for subordination is dangerous business in a world of violence and oppression, he writes. “It forces the issue of the difference of patient suffering and acquiescence, between hopeful if vulnerable engagement with and collusion in violence.”

The answer is both yes and no, he asserts, on the issue of whether Romans 13 condones or even supports violence on the part of the state. “It depends who is reading or misreading the text. Decisive in my view, is what readers bring to the text. Are they in positions of power, or of marginalization or even oppression? Do they read it as a timeless charter for government and the Church’s call to subjection or obedience? . . . Or do they read it from within the call to radical nonconformity to this age and its ruling powers?”

This is the classic style of Tom Yoder Neufeld—careful, non-judgmental, inclusive—in the end, as he himself says, “it is the ingenuity of God’s love, the compassion at the heart of grace and the persistent drive towards reconciliation and restoration.” No, we can safely conclude: the New Testament is not violent, nor do its writers condone it.