Administrative shifts are a result of downsizing MC Canada staff 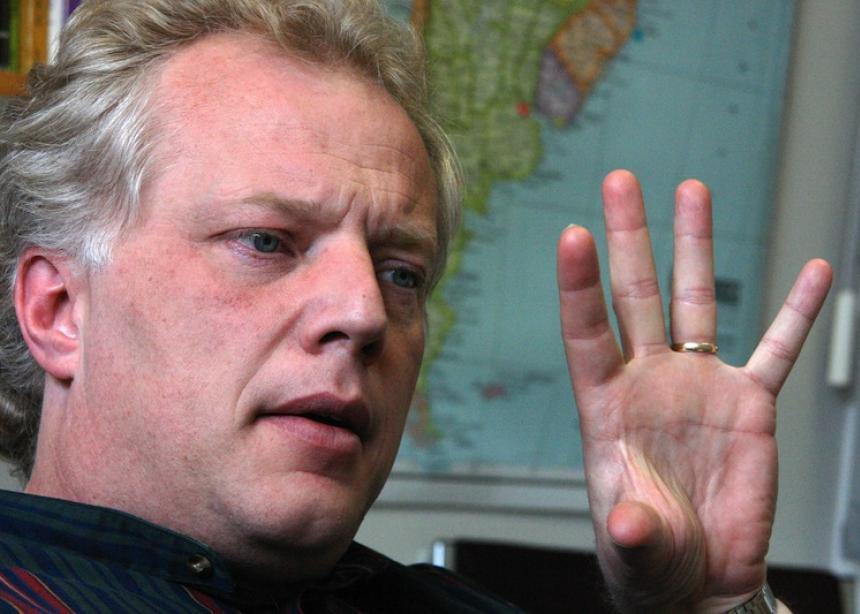 , filling the spot vacated by Janet Plenert who resigned from the post April 21, according to staff reports.

Plenert, who served for five years under the leadership of General Secretary Robert J. Suderman, came to her position in Witness as Suderman’s successor when he became secretary in 2005.  Her prior international ministry experience in what is now the Democratic Republic of Congo and Brazil brought “wide affirmation,” according to a staff news release, as she provided overall leadership to Native Ministry, International Ministries, Multi-cultural Ministry, and worked with Area Churches in regards to Evangelism and Church Planting.

Her appointment as vice president of Mennonite World Conference continues.

The director of Multi-cultural Ministry (Samson Lo), the Chief Operating Officer (Vic Thiessen), and the director of Christian Nurture (Elsie Rempel) positions have been discontinued. The Youth Ministry Facilitator (Anna Rehan) has ended as a permanent position. It will be offered as a contract position for the year during which the biennial youth assembly convenes.

The discontinuation of 3.4 full time equivalent (FTE) staff positions, in addition to some ministries and other expense-side budget reductions totalling $415,000, was done in a response to a downturn in income and other expense factors during the fiscal year ending Jan. 31, 2011. In addition to staffing and ministry reductions, MC Canada’s grant to Canadian Mennonite University will be reduced by $105,000, effective Feb. 1, 2012.  The reduced support level will be $200,000 per year.

Some staff in discontinued positions have accepted alternate or altered roles, and some have declined those offers and will end their employment:

In addition to these changes, several additional full time staff have accepted increased responsibilities in their job descriptions, and some staff will increase their time to take on added responsibilities. Unrelated to the reductions, Neil and Edith von Gunten, co-directors of Native Ministries, have retired.

These changes have resulted in a few new ministry opportunities at Mennonite Church Canada. Recruitment has begun for these openings. (see www.mennonitechurch.ca/tiny/241 for details).

Willard Metzger, General Secretary, said, “We recognize the human impact this has had. I invite prayers for those experiencing unexpected job changes. Despite these changes, our calling as a church remains the same. We will continue to grow leaders for the church, become a global church, and form a people of God.”