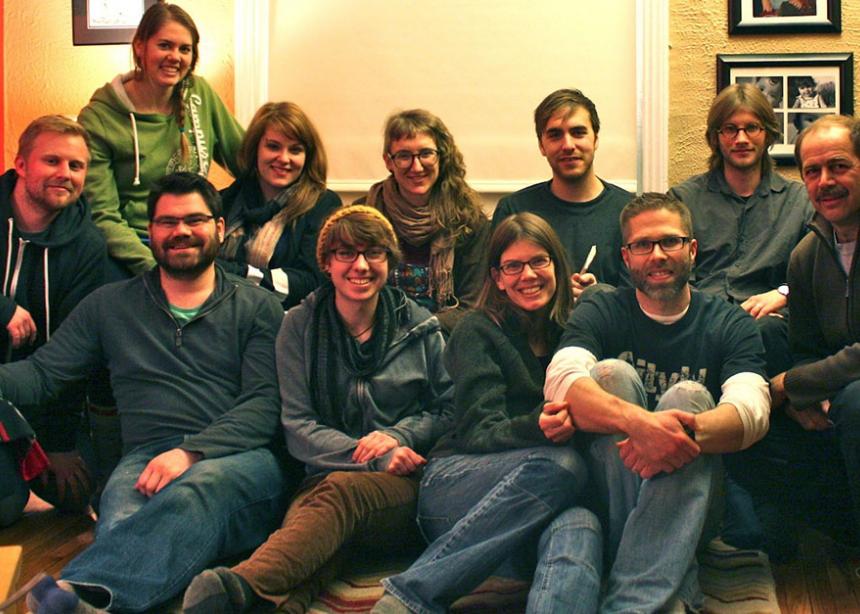 Because Jesus asked us to love our neighbours, a group of Christians from Winnipeg were willing to walk 550 kilometres to honour and remember their indigenous brothers and sisters who have survived the Indian Residential School (IRS) system. I was one of the organizers of this journey, which we called the Honour Walk.

The idea came from a group connected to Student Christian Movement Manitoba. For the past eight months, we have been exploring issues of building indigenous/settler solidarity in Winnipeg, or Treaty 1 Territory. Out of our group of organizers, four were commissioned to take on the three-week walk on behalf of the group and wider community.

Laurens Thiessen van Esch, Ann Henrichs, Brad Langendoen and Nathan Thorpe began walking on March 8 at Stoney Knoll, a community in Saskatchewan where Mennonites and Lutherans are supporting the local indigenous community in its land claim struggles. The walk ended March 27 at the sacred fire of the Truth and Reconciliation Commission (TRC) in Edmonton, also known as Treaty 6 Territory.

Why walk so far? Our group wanted to honour and remember: the 150,000 indigenous children who were separated from their communities and forced to attend residential schools; the many children who ran away from those schools, but never made it home; survivors who have courageously spoken their truths and continue to do so; and indigenous groups that have walked incredible distances for their communities; and to bring awareness to current injustices.

A main goal of this walk was solidarity, which played out in two ways:

• First, the four were walking to hear the survivor stories of our indigenous neighbours.

These include stories heard in Winnipeg, stories from the Young Chippewayan First Nation, Little Pine First Nation, Poundmaker Cree Nation, Muskeg Lake Cree Nation and the Edmonton TRC, along with others heard during the walk. We organized the walk to honour these living testimonies.

Nathan shared that the most meaningful thing he experienced on the walk was the expressions of honour that are an integral part of the way indigenous people do life. While listening to personal stories of trauma and the difficult road to finding healing, he and the other walkers were invited into an other-cultural experience. Amid ceremony, smudging, drums, dance and traditional dress, every person present had a place. As stories were shared, relationships and compassion were built.

• The second purpose of solidarity was to invite often unaware Christian communities to join in the journey as well. There were several opportunities, as all of the lodging along the way was graciously provided by various churches, families and first nation communities.

For many Christians, it can be unsettling to realize that the early church in Canada is responsible for much harm to indigenous communities. Gross abuse and disrespect have happened under the supervision of the church, and it has happened here on the land we live on. These harms have left a traumatic scar on indigenous peoples that is only beginning to be healed.

In order to right what has been wronged, it is up to the current church to apologize and change how relationship happens with our indigenous neighbours. It is important to love and pursue acts of reconciliation.

When we were organizing the Honour Walk, we often called it “a foolish act of love,” because that’s what we felt it was. Walking itself accomplished nothing. What it did do was communicate to the church—and to first nation communities—that we care and are willing to walk with them.

These actions have been an opportunity for us to reflect on our own traditions and theologies that have legitimized the residential school system. We commit to work for right relationship with our indigenous brothers and sisters, with the Creator and with the land.

As we learn to journey with our Creator and our indigenous neighbours, we invite you to join us.

Brandi Friesen Thorpe, 24, was a co-organizer of the Honour Walk. Her husband Nathan Thorpe was one of the walkers. The couple worships at a church plant in Winnipeg’s West End. 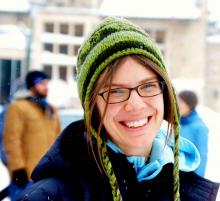 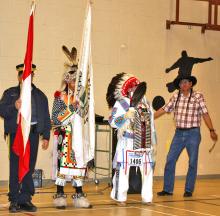