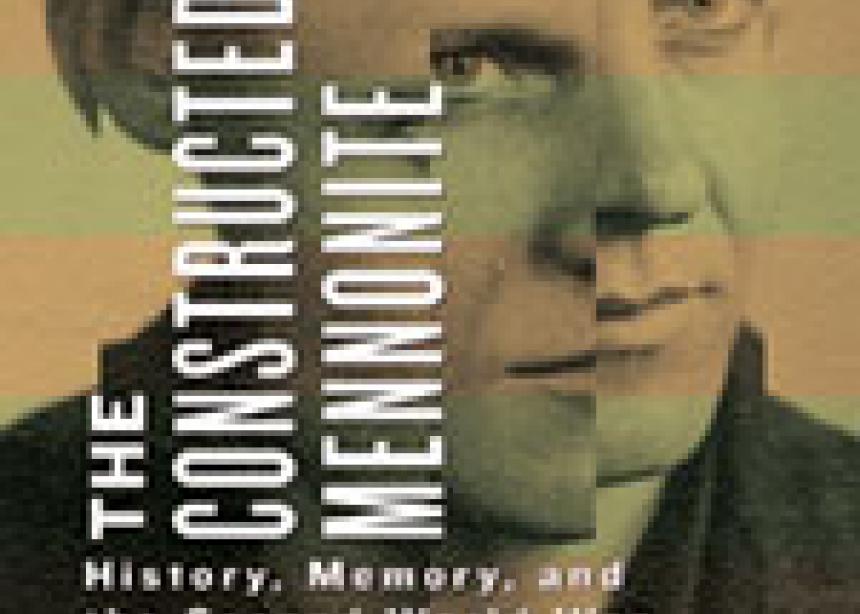 Hans Werner uses his father’s stories to reflect on questions of autobiography and Mennonite identity in the 20th century. The stories of his father’s (and mother’s) experiences of growing up in difficult circumstances in Stalinist Russia, and their harrowing experiences during World War II, are told from the perspective of the son who is trying to understand his parents.

As a historian, trying to put his father’s story fragments into the larger narrative of the war, Werner finds many of the stories have details that don’t quite fit. Frequently, there are chronological inaccuracies, where the places and times his father remembers are not possible. He finds gaps in some stories, especially when the details are not politically or socially acceptable for post-war Steinbach, a staunchly Mennonite town in southern Manitoba where the Werner family lived during the author’s growing-up years.

Throughout his lifetime, Werner’s father had four different identities and he used four different names. In his early life in a Mennonite community in Siberia, he was known as Hans. As he began identifying himself as a Soviet worker, later serving in the Red Army, he used the name Ivan, the Russian version of his name. After his capture by the German army, he adopted a German identity and was known as Johann. He later emigrated to Canada, where he used the name John, although he never became fluent in English.

The author wonders how his father was able to satisfactorily bring these identities together. He concludes that retelling the stories, while subconsciously editing them, allowed his father to construct an acceptable identity. He was able to “fix his spoiled biography.”

Werner tells his father’s action-packed stories with interesting detail. He helps the reader to understand why a young man with Mennonite ancestry would join the Red Army, and as a historian he explains how his father’s experiences fit into the larger narrative of the war. A survivor who managed to adapt to circumstances, his father became a naturalized German citizen and was eventually called up to serve in the German army.

The stories suggest that he had almost no Mennonite identity until the end of the war, when he established relationships with other refugees receiving help from Mennonite Central Committee. Yet wherever he found himself, he was accepted as a Mennonite because he spoke “Mennonite Low German.”

There are theories that men and women tell their autobiographical stories from different perspectives, says Werner. Men are more apt to see life as a journey and to talk about the trials that they encounter and overcome. Women, on the other hand, are more apt to focus on how outside forces acted on them. Werner’s parents certainly fit that theory; his father’s stories are a series of adventures, while his mother’s stories are about suffering and the painful challenges of trying to keep the family together and alive. Werner points out that her stories are also told from a faith perspective.

This book is a great read. Werner puts his father’s stories and his own reactions to them together in a way that shows insight into his own growing-up years and his reactions to his father. He sees his father’s flaws, but also sees that his father’s difficult childhood experiences had a lasting impact. I was left wondering how the Mennonites of Steinbach reacted to this man who had served in two armies.

The title and the cover design suggest that our memories sometimes show a distorted picture, with pieces that don’t quite fit together properly. When the pieces don’t fit, our memories use creative reconstruction. Perhaps all our Mennonite communities are products of such creative reconstructions, and if we look closely we will discover there are flaws we’d rather not see.