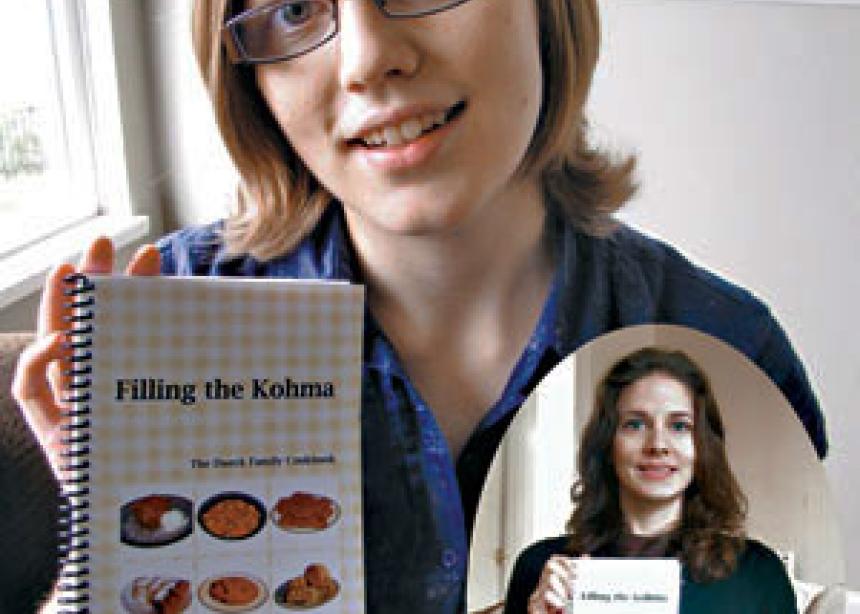 Lisa Heinrichs, who lives in Langley, B.C., loves to cook. She was well into research on her family’s history when she realized she could incorporate her culinary passion into her genealogical interests. “My idea was to gather a collection of recipes from my mother’s family, both recipes that my grandmother would have made and also favourites within each family unit,” she explains.

About a year-and-a-half ago, she sent her extended family members an e-mail that asked for submissions of recipes, stories and photos. One of the e-mail recipients was her cousin, Jane Heinrichs, an art student in London, England.

“I have to admit that I didn’t give it much thought at the time. Our family has a tendency to click ‘reply all’ whenever replying to family e-mails,” says Jane. It wasn’t until she noticed the flurry of communication triggered by Lisa’s request that she took note of the project. “It was the joking banter and general enthusiasm of their replies that really piqued my interest. People would sometimes reply within minutes, back and forth, whether they were living in B.C., Alberta, Manitoba, Ontario or London,” she says. “One person would tell a funny story about this or that, and then another person would add more and elaborate on the theme, rather like improvisational jazz.”

Lisa wanted to make sure that no one was left out of the dialogue and that every family unit would be represented in the book. As she accumulated recipes that were often accompanied with memories and stories, she made sure that they all had “detailed instructions that anyone could follow. Many of my grandma’s recipes were merely lists of ingredients, so I needed to either kitchen-test these or ask my aunts for their recollection of how these foods were made,” she says.

Family gatherings became a time of comparing recipes and brainstorming.

“Christmas of 2009 saw an uncle and cousin from Edmonton and a cousin from Winnipeg comparing and submitting the same recipe for a pear and goat cheese salad,” Jane recalls.

Mixed in with the recipes is the extensive research Lisa has done on her Russian Mennonite family background and the collection of family stories.

Jane, who was shortlisted for “best illustrated book” at the Manitoba Book Awards in 2009, volunteered to design the book. “I wanted to make it as beautiful and user-friendly as possible,” she says. “I knew we needed something cohesive to tie the whole design together; otherwise, the eclectic mix of recipes wouldn’t flow well. Our grandmother had a yellow gingham apron that everyone loved. She wore it all the time because she often forgot to take it off. I used yellow and/or yellow gingham wherever I could, to tie the book together.”

“In addition to our fast and furious e-mailing, we also were collecting pictures of our family and food,” adds Jane. “At one point I think Lisa had everyone searching their family albums for a photo of my grandmother in her yellow apron!”

“Often memories centred around Grandma’s Kohma (Low German for “pantry”), and this is reflected in the title of the book [Filling the Kohma],” explains Lisa. “It was a wonderful way to bring family together and stir up old memories. Hopefully, this family history book will be one that can be used again and again, rather than gather dust on some shelf, as is the fate of so many family histories.”

Anyone inspired to attempt such a self-published book, but needs ideas or information, is invited to e-mail Jane at jane.heinrichs@googlemail.com. 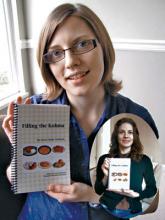